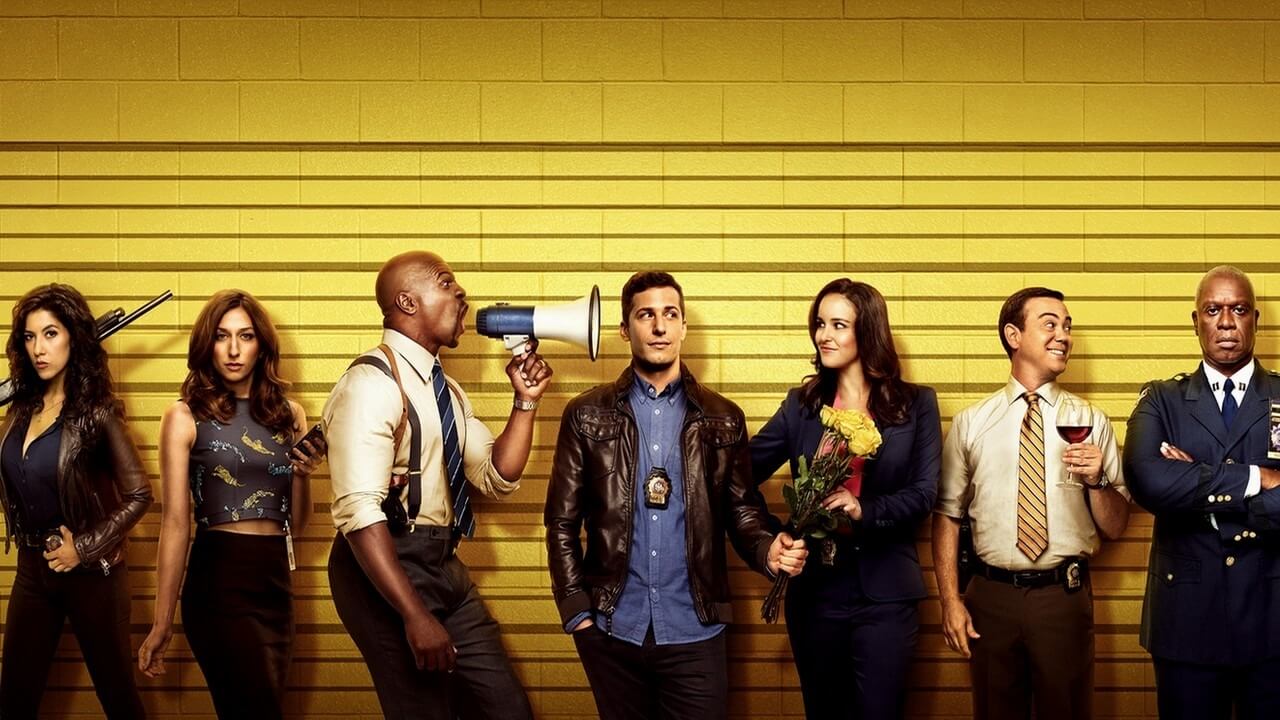 Brooklyn Nine-Nine Season 8 is back to wipe out crime from the city with season 8. The 7th season of Brooklyn 99 was concluded on a very emotional note; The 13th episode marked its ending with Jake and Amy’s baby boy, “Mac.”

Brooklyn 99 is a cop comedy T.V. show; However, George Floyd’s murder and the Black Lives Matter protests have left the producers uncertain about portraying law enforcement on screen.

Although Brooklyn 99 is not just a comedy show; The show has raised its voice against  inequality and events like discrimination and inequality; For instance, the sixteenth episode of season 4 named “MOO MOO.”

The episode includes an event where a  white police officer picked on Sargent Terry; While he was walking down his society lane to fetch her daughter’s toy named MOO MOO.

The office accused Terry of having a weapon; On the contrary, It was just a soft toy.

The officer apologized to Terry because of  Terry’s position, however, he was not at all guilty for his actions. To support the Agenda and do the right thing, the show’s writers served justice to Terry; However, Sargent was not promoted to Captian’s position because he filed a complaint against the discrimination he faced.

Brooklyn 99 has also dedicated an episode to #metoo. In season 6, the 8th episode named “He said, She said,” Amy fights for the rights of a victim who was sexually harassed.

The episode conveys a powerful message, “your one step to file a complaint against the assault, might inspire others to do the same, and then justice would be served.”

four-episodes of Brooklyn99 season 8 would be dedicated to the Black Lives Matter movement; Andre Braugher stated that season eight would be groundbreaking and pretty controversial in one of his interviews.

He said this is our contribution to the Black lives Matter protest as we all stand against inequality and will is ready to everything in our authority to make sure that justice is served. He added Nine-Nine has always been an excellent platform to deliver an important message to society. In contrast, we can use comedy as a sugarcoat to lighten the mood of our views.

The viewers watch cop comedy to escape reality; Due to which Nine-Nine’s viewer percentage rate increased to 6.4 million after the release of the 7th season. In his interview, Andre also stated that the Pandemic’s effects would also be included in the Nine-Nine 8; Also, Nine-Nine 8 will witness Jake and Amy as parents.

As Jake and Amy are working parents, let’s see how they will manage taking care of Baby Mac; Although in one of the episodes, Jake and Amy took care of Terry’s daughters, and they terribly failed at their job.

Now, it’s time for parenting lessons for our detective couple.

Along with a proud father of three daughters and a Sargent Terry Crews as Terry Jeffords; With scary Stephanie Beatriz as Rosa Diaz and Andre Braugher as a fatherly figure Captain Holt.

Although Chelsea Peretti was not a part of season 7, she is back with her Gina vibes in the 8th season. “That’s what Gina said.”

The start cast was really excited to return to the set after a very long COVID vacation. Stephanie Beatriz had tweeted a video in which the star cast was yelling and dancing out of excitement to return to their second home.