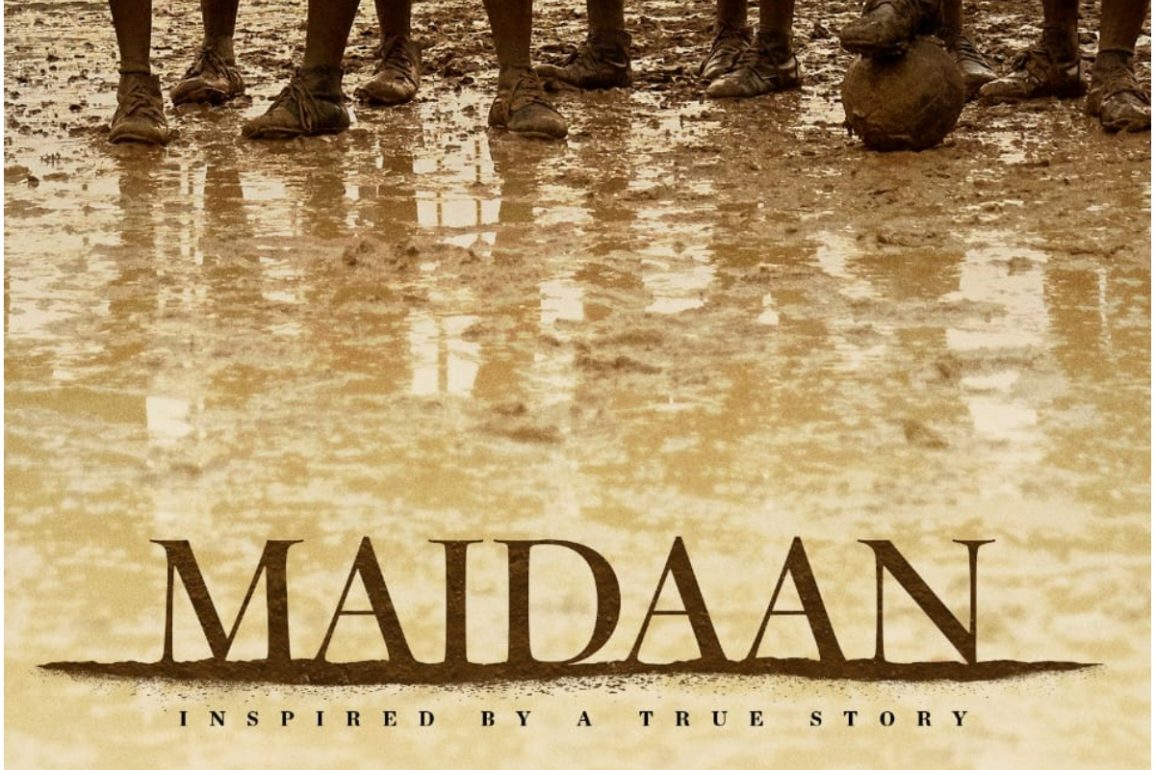 Ajay Devgan starring Maidaan was all set to get released on the 11th of December. Now it seems that the whole team of Maidaan has to wait till October 2021 to make their theatrical appearance.

Maidaan is a sports biopic of famous football coach Syed Abdul Rahim. This movie is based on the golden era of football in India which is from the year 1952 to 1962. Ajay Devgan will be the protagonist in this movie which is itself quite interesting because of the genre of the movie.

Before it was all decided to release the movie in August 2021. But now Ajay Devgan confirms that the picture will be released on Dussehra 2021 in his social media account. He also clarifies that the commencement of the shooting will take place in the first week of January.

Ajay Devgan is known for his dedication to the characters. He has always done justice to the character and never, not even a single time he compromised his role. Once again we got to experience such a humble and dedicated gesture.

He didn’t hesitate to push back the release date of such a gigantic creation as he is currently busy in the shooting of Bhuj: The Pride Of India. Sources confirmed that the actor is quite busy shooting the Mayday. This project will go on till mid-February. And only after that Ajay Devgan would be available for Maidan.

Mayday and Maidaan both are going to be back to back big movies of Ajay Devgan. Both the movies are highly expected to visually treat for the audience.

It’s been months now that any high budget movie appeared in the theatres due to the horrendous Covid-19 pandemic situation. Producers are not ready yet to risk their profit as well as the risk of thousands. It’s always better to be late than to be a disaster.

The track record of Ajay Devgan suggests that he is in his purple patch for the last few years. Surely he doesn’t want to end that because of the late release. Nearly 40% shooting is remaining which is supposed to be in Mumbai. This movie is surely going to be a magnum opus of the year as some football stadiums are going to be recreated even some of the national footballers will be featured in the movie.

Strategy master Ajay Devgan rightly knows how to engage the attention of the audience. The first poster of the movie got released in the past month. A few days later, just like a reminder, Ajay Devgan shared his looks on his social media account saying, “This is the story of Indian football’s golden phase and its biggest and most successful coach”.

Maidaan is directed by Ravinder Sharma who previously showcased his talent in Badhai Ho. Besides Ajay Devgan Gajraj Rao, Priyamani and Rudranil Ghosh are also in the star cast of the movie.

So, there is nothing to worry about, just sit back and wait for Mr. Devgan to surprise us with more pictures of this movie as he did in the past.