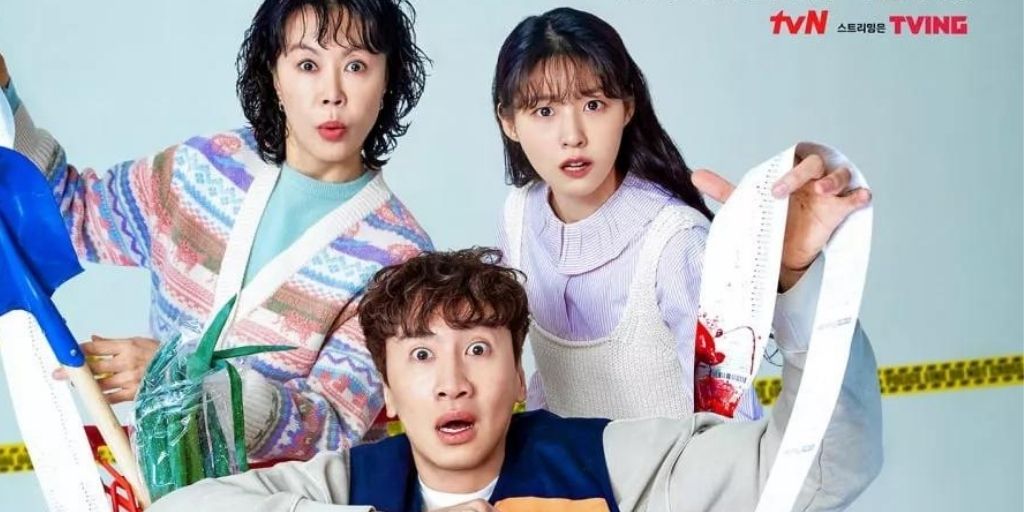 South Korean broadcasting network, tvN is known for its novel and quirky dramas. From blockbuster crime drama Vincenzo to the latest heartfelt release, Twenty Five Twenty One, the channel just keeps outshining itself. The Killer’s Shopping List is the latest edition to the pack. Netizens are eagerly waiting for the drama which is based on a novel of the same name. The drama revolves around a neighborhood and a supermarket named MS Mart. It also involves the quiet lives of the employees and people associated with it. One day a murder takes place near an apartment close to MS Mart. The only lead the police has is a receipt from the mart. The show will follow the lives of all these characters as they get entangled with this mystery.

As the countdown to the new Comedy-mystery drama, The Killer’s shopping closes, its broadcasting channel tvN has shared a detailed relationship chart among the characters. This is a mystery for the viewers if the relationship chart is a clue for us to find the murderer.  Or maybe my K-Drama-obsessed self might be overanalyzing here. Anyways, let’s have an introduction to the main and supporting characters. Let’s also look at the chart that tvN has provided us with.

Our main male lead, Ahn Dae Sung (played by former Running Man cast Lee Kwang Soo) is an individual with a great memory. But he has always been unable to clear his examinations. Hence, he works at the MS Mart. His mother Han Myung Sook (played by Jin Hee Kyung), who is also the owner of the mart. He has a girlfriend, Do A Hee (played by popular idol Seolhyun) is a police officer, who is assigned to investigate the murder. His father, Ahn Young Choon (played by Shin Sung Woo) is a vegetable vendor. Along with them is a stellar supporting but essential cast. It is already promising to be an interesting and fun watch.

Relationship chart of characters of The Killer’s Shopping List

3 relationship charts have been released by the tv network, which focuses on the characters and their association with one another.

The first chart showcases the main characters and how they are related. Dae Sung is a public servant aspirant who works as a cashier at the mart owned by his mother Myung Sook. We can also see Dae Sung’s hardworking police officer girlfriend,  Ah Hee. Further, at the top of the chart, we see another police officer, Kim Doo Hyun, played by Lee Yoon Hee, and the close association between him and detective Choi Ji Woong (played by Bae Myung Jin).

Moving on to the next chart provided, we see employees of MS Mart. At the top is Jung Wook who has an unrequited crush on his colleague,  Ya Chae, who is also a former beauty pageant contender. Moreover, we are introduced to Gong San, a guy juggling two jobs and who is a ‘know it all’. Former K-Pop group Gugudan’s member,  Jo Aram’s character,  has been described as a part-timer who is into hip-hop. The popular now grown-up child actor Park Ji Bin plays the character of Saeng Sun who likes singing trot and is a fashionable boy.

Going ahead we have a chart of other residents of the neighborhood. We can see Seo Chunk Kyu (Ryu Yeon Seok), Venus Real Estate’s CEO. Seo Yool is played by Ahn Bin. We are introduced to yet another mysterious character, “Nunchuk” Yang Soon. In the last row, we have the President of the neighborhood’s women’s society, Lee Kyung Ah, being played by Kwon So Hyun. Additionally, we have an unnamed character who is a regular at the MS Mart, and Kwon Bo Yeon, a teacher at a daycare.

Clearly, we all have gotten a fair introduction to the characters of The Killer’s Shopping List. Needless to say, I have become intrigued to watch the drama myself too. It’s time to mark your calendars, as the thriller drama would be available from 27th April 2022 for everyone to watch.

The drama will air on the South Korean tv network tvN and it will take the 10:30 pm KST time slot previously owned by Kill Heel. For the rest of us living across the world, Viki would be streaming the drama. Timing for international audiences in the USA would be 9:30 am; 2:30 pm in the UK; in Canada, 9:30 am; in India, 7 pm and 12:30 am in Australia.