Locked Down: The Movie About The New Normal Set to Release on HBO Max

Everyone One Of Us Can Relate To The Movie  As Most Of Us Are Still Stuck In Our Homes, Then Be It Willingly or Unwillingly.

Locked Down is an upcoming American romantic comedy heist movie. Everyone one of us can relate to the story as most of us are still stuck in our homes, then be it willingly or Unwillingly;  as to wear a mask and to wash our hand a million times a day is the new normal. So, a movie has to feature the new normal lifestyle.

Whereas lockdown was not so bad for most of us as we had the opportunity; To learn a lot of new things and explore new horizons. The movie reflects the story and will be releasing soon on HBOmax. 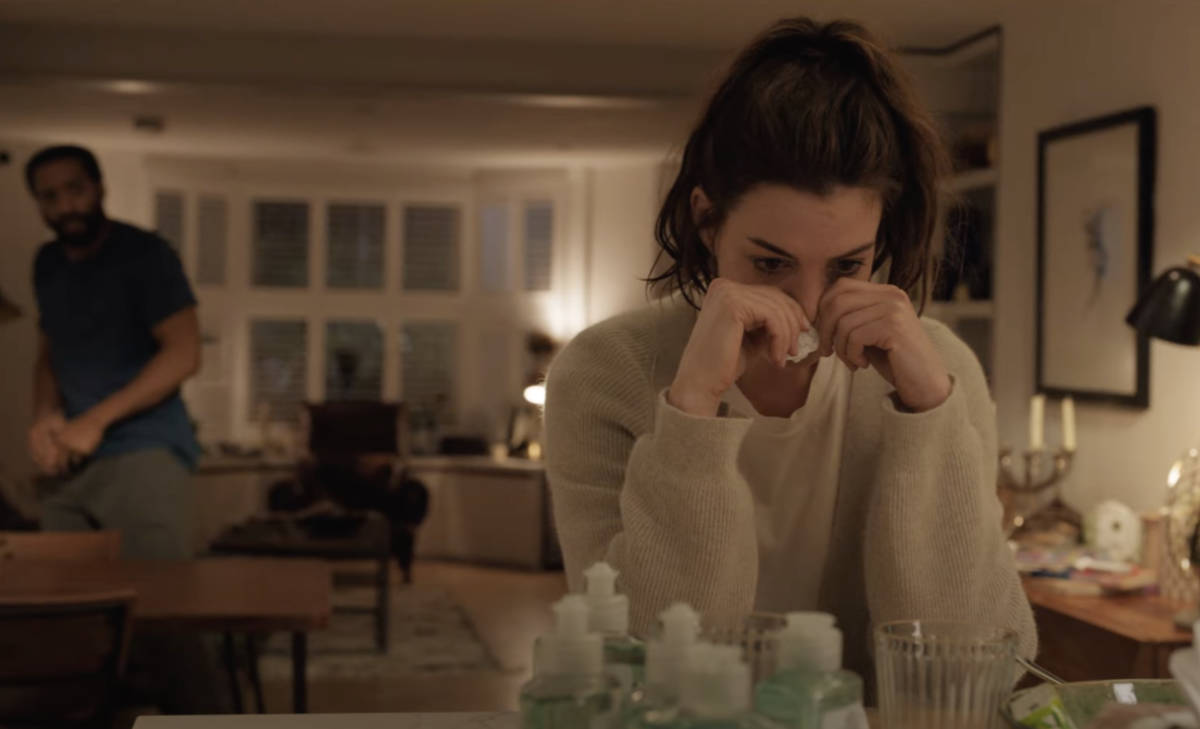 The story’s plot revolves around a couple, Linda and Paxton, who are happily married; However, after 3 years of breathing through marriage, they both are facing problems adjusting to each other, and the couple decided to file for a divorce. The day they were going to see their lawyer; The nation steps into a LockDown Due to the spread of COVID19 paramedic. And now they are trapped in a place with each other for at least two weeks.

As the trailer suggests, Paxton is talking to his friends on a Video call and being asked about Linda, to which his reply was, “She must be somewhere in the house,” which suggests that the two of them are not on talking terms lately. On the other hand, Linda is day boozing even during the working hours; As she is floating over the alcohol to accept that her marriage has drowned in the ocean of life.

The movie trailer also signifies that Linda and Paxton indulge in small talks like Linda ask Paxton to bring groceries, and Paxton replies only with a yes or no. However, he takes care of her needs, which signifies that he still loves her. The couple ends up with a professional duty to shift some valuable jewelry from a warehouse to a locker, And both of them are trusted employees of their company. So, they have to do the deed.

As both of them proceeds there work to shift the jewels; They get flattered by the jewels and make a plan to steal them; Whereas it is impossible to steal the jewels as the company knows them, and they might end up in trouble. So, they have to weave an excellent plan so that they can steal the diamond and somehow fool the authorities.

The movie addresses the frustration and problems people faced during the LockDown. Last year was tough for each one of us, as it is not easy to stay indoors for such a long time. The Global Economy also dealt with a lot of tension, as for two straight months, the economies were at a standstill. People lost their jobs; democracy collapsed in a lot of countries. We can conclude the year 2020 by saying it was a dark year.

Locked Down movie is the best example to give the quote to life: “The empty mind is a devil’s workshop.” A s the couple indulges in a crime for absolutely no reason.

Anne Hathaway plays the role of Linda with Chiwetel Ejiofor as Paxton. Doug Layman directed the movie with  P.J. Van Sandwij, Michael Lesslie, and Alison Winter as the producers. The movie is expected to be a blockbuster of the year.

Locked Down will be releasing on 14th January 2021 by HBOmax.