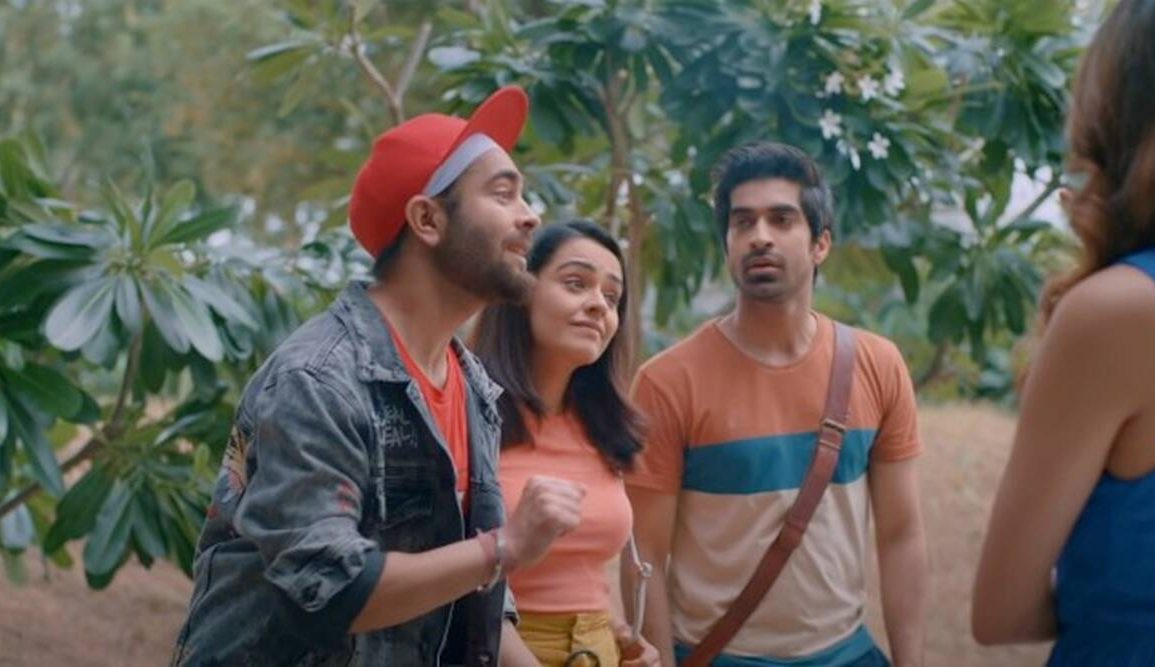 College Romance Will be Back Soon With Season 2; Watch New Teaser Now.

College Romance is one of the most popular web series among all. It is a light-hearted story. The story of the series revolves around three friends named Karan, Trippy, and Naira. They are best friends who are looking for love and lifelong memories while attending college together. The relationship shared by these three friends takes the audience on a journey that is filled with drama, love, and comedy. The fun in the series started when they fell in love with the persons who have contrasting personalities as compared to them. The series has many events of laughter. The story represented by the series brought the idea of love and friendship among them.

This series also gave a message on how people with different personalities can stay together.

Release Date of the show:

Fans are eagerly waiting for College Romance Season 2. The first seasons of College romance ended with the thriller the wait for a sequel is worth it. The first season of the show was released on Netflix on 7th August 2018. It received a good response from the viewers as well as the critics. The banner of College Romance Season 2 was spotted on Sony Liv. It is one of the upcoming SonyLiv Originals in 2021. The second season was expected to release at the ending of 2020. But the outbreak of the coronavirus disturbed the premiere. The production of the show was halted during the lockdown. The production was restarted with all the safety measures.

The first season was released on the Youtube channel named Timeliners. It was also available on both Sony Liv as well as Netflix.

Recap of the first season:

College Romance is a story that involves three friends who are in the same college. This also includes their love lives and a comedic take.

All the characters were relatable to the audience as well as to the current situation in college days. The character which was most loved by the audience is Bagga. College Romance captured every essence of the current generation’s college life. The scenes were never shown in the class. They were seen either in the canteen or smoking in the nearby stalls.

The story showed three couples as well as their friendship they have as a group. They were supportive of each other.  The most sensible one in the group is Naira who is trying to make the boys understand the bloopers that can get into. We saw how they supported Trippy while he was in doubt about Raveena. They also had a lot of fun on their trip. The series also showed how they were all together finding the picture of Karan’s butt which was taken by Deepika during their trip. In the end, Raveena chooses Trippy over her ex. Later everyone was happy and together with their mates.

Karan and Deepika were still confused about their relationship status.

The ending was very thrilling which indicated for the next season. Season 1 had many funny elements which made it very interesting to watch.  Season 1 portrayed a bond of friendship between the three friends who are willing to do anything for their friendship. The upcoming season will come up with a new story.

The trailer of College Romance Season 2

The official trailer of Season 2 was released on Friday. The trailer starts with their college shenanigans. Their friendship faces the test of time. The coming season seems to deal with all situations encountered during the college days.

The trailer begins with the five friends fighting to make a chat group. Raveena went for engineering. Raveena and Trippy are in a long-distance relationship which according to him doesn’t work. While on the other hand, Deepika breaks up with Karan by telling him that she needs a man, not a sweetheart. Later, Naira is seen fighting for her friends. She is upset with Bagga because of his allegations. According to them, friendship is equal to college and college is equal to all the unforgettable memories created there. The next season also includes action which makes it more interesting and worth watching. In the end, they will all reunite with their mates. While Trippy is alone waiting for Raveena. They had rules that said friendship is always before love.

The plot of the next season:

The plot of the next season is not yet revealed by the official team. But, the next season of College Romance would definitely take the story further.  Fans can see more Misunderstanding, Romance, Friendships, and also the most loved Bagga’s Mantra. The story of the second season will be funnier and more exciting.

All the cast and crew from the last season will be seen reprising their roles in the new season. The cast of the next season includes Apoorva Arora as Naira who is seen in many other Hindi films as well as web series.  Manjot Singh as Trippy who is also seen mostly in many Hindi films such as Student of the year as Dimpy, Keshav Sadhna as Karan also seen in many other web series as well as in Filter Copy, and Gagan Arora as Bagga is also a part of many web series. Some of the new characters such as Hira Ashar Geetika Budhiraja will also be seen in the upcoming season. They will play Karan and Naina respectively.

The trailer of the second season increased the excitement and interest among the viewers. The audience can see more drama, romance, and fun in the upcoming season. It created excitement among the audience. You can binge-watch College Romance season 1 on Netflix.

Stay tuned with us for all the latest updates.