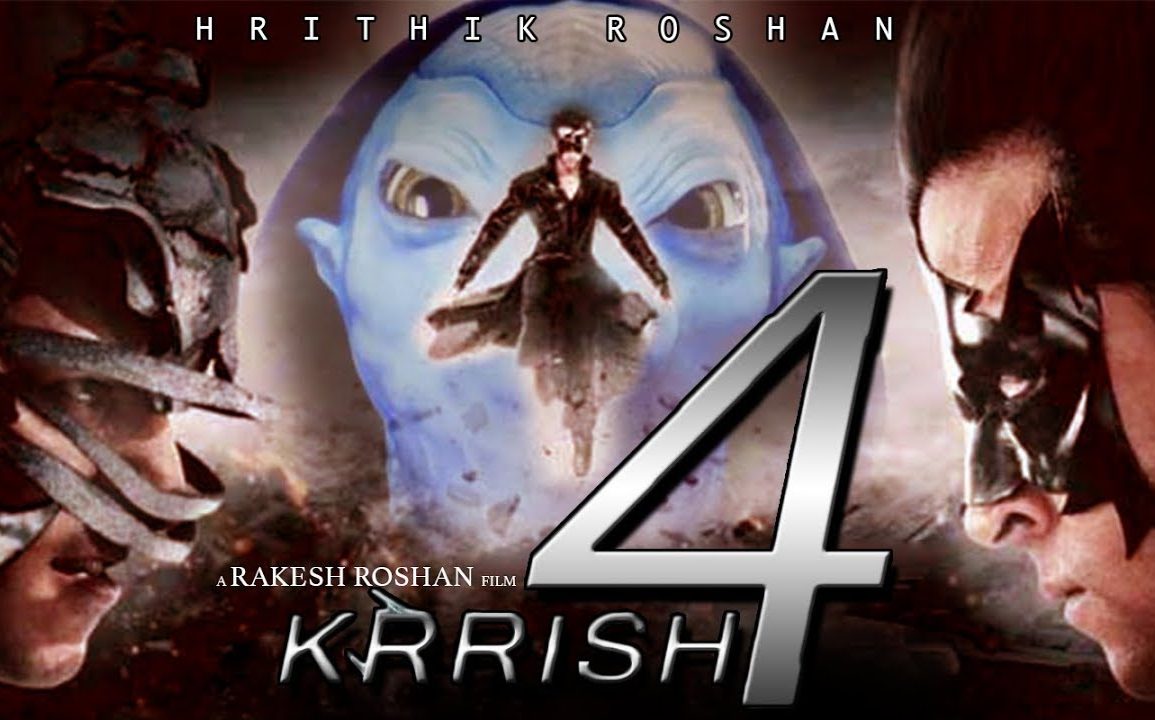 ‘Krrish 4’ – Release Date, Plot, Cast And Everything A Fan Should Know.

Today we are going to talk about one of the biggest Bollywood blockbuster film franchises, ‘Krrish’ and its upcoming version, Krrish 4. This Bollywood movie is going to make a grand entry. All over India, people are huge fans of this Bollywood blockbuster. You will find only a few people who do not like this movie. Since the release of the film ‘Koi Mil Gaya’, all the sequels of this movie have been a massive hit. This film is one of the most popular Bollywood movies to have earned billions at the Box Office. Not only kids but people from every age group love watching this film over and over again.

The film includes everything that is needed for becoming a blockbuster in Bollywood. Without any doubt the action scenes in this movie are amazing. Moreover, the emotion that is being conveyed by the film is flawless. Besides, all the actors in this film are very much talented thus, adding extra points to it. This is one of the most amazing action films that have won millions of hearts. Not only in India but people living outside India are also big fans of this film.

The Bollywood action and the element of science make it even more appealing to the audience. The director has used a lot of innovative ideas regarding the scientific experiments shown in the film. Besides, in every sequel of this film, the cast has done an amazing job. Thus, the film has emerged as one of the biggest franchises in Bollywood. The first time when the character ‘Krrish’ was shown, the young children were very fascinated by his great looks.

More about the film

The quality of music, action scenes, romance put into this movie is quite unexceptional. The direction provided by Rakesh Roshan is quite unimaginable. Moreover, the way the plot is used makes all the animation and graphics look real. In every sequel of the film, the director has used different scientific experiments to create suspense. Moreover, the animation, graphics, VFX, and other special effects used in the film is just amazing. In all the three previous films, these effects have been an integral part.

When is ‘Krrish 4’ releasing?

Earlier, there hass been a lot of news about the release of this blockbuster. Initially, the film was supposed to release on 25th December 2020. However, it was postponed due to an upcoming film by Karan Johar at that time. However, after this, the date was scheduled for the year 2021. In this entire lockdown period, the director wrote the entire script of ‘Krrish 4’, and then the production for this began. As per the sources, the production of the film is still going on.

Thus, the film has been further postponed. Now, Rakesh Roshan has said that the film is going to come up in the year 2022. But the dates and further details are not yet revealed. We will surely inform you as soon as the production house reveals the date. This time the movie is going to be more surprising and action-based. We will surely see some of the most well-known actors and actresses. However, no extra details of the movie have come up. Thus, we expect that it will come up very soon next year.

Screenplay and Casting of ‘Krrish 4’

Undoubtedly this Bollywood science fiction drama is going to be quite interesting and different. We see that the best team has come up to entertain us even more. We have one of the best directors for his movie. The movie director is Rakesh Roshan. He has directed all the previous films of ‘Krrish’ starting from ‘Koi Mil Gaya’. Not only the director, but Rakesh Roshan is also the writer and producer of the film. Moreover, we have the casting director as Mukesh Chhabra.

The most proliferating side of the film is artwork and design. Moreover, we also have an audience who are excited about this upcoming movie. Overall this is the fourth movie that is coming out from the same franchise. We have the best actors coming up in the movie for making it flawless. We have the lead actor Hrithik Roshan. Furthermore, this time Priyanka Chopra will not be a part of the film. We also have the show entertainer, Nawazuddin Siddique. Moreover, we also have Abdul Qadir Amin.

We will find Hrithik Roshan as Krishna. Along with that Abdul Qadir Amin will play the role of Kunal. Nawazuddin Siddique will be seen as the Villain. It was also being said that the top actress Deepika Padukone may also be a part of the film. However, this is not yet confirmed. Kiara Advani will surely be a part of the film as one of the lead actresses. In this film, Kiara’s role will be quite amazing! For the first time, the director has thought of doing something like this in his film.

The Storyline of ‘Krrish 4’

The plot for all the sequels of this film is amazing. Every time the director has put new elements in them. He tries to play the plot and provides a lot of variations. If we compare all the three films of ‘Koi Mil Gaya’, ‘Krrish’ and ‘Krrish 3’ we will find there is something new in them. No doubt that Rakesh Roshan has excellent creativity when it comes to making films. In the first film, he introduced the character ‘Jaadu’. In the second one, he introduced the superhero character ‘Krrish’. Moreover, in the third film, along with the superhero character, he also introduced the villain who mixed the genes of animals and humans. Now, the audience is very excited to see what new is introduced in the upcoming film ‘Krrish 4’. Here is what the fourth sequel has for you!

Furthermore, the fourth film is said to have some elements of ‘Koi Mil Gaya’. The alien ‘Jaadu’ is going to be seen again in ‘Krrish 4’. Also, Krishna’s father Rohit Mehra will come back. Rohit’s role will also be played by Hrithik Roshan. Kiara Advani will also have a love story with a character played by Hrithik Roshan again. Hence, it is justified that Hrithik will be seen in four roles. They are Krishna, Rohit, a villain, and Kiara’s lover. Thus, we can sense how interesting this film is going to be. Nevertheless, this is the total update about the storyline and plot of the upcoming ‘Krrish 4’. We will surely inform you about further changes!

To come up with something new, for the first time the director has put a female superhero character. Kiara Advani will be playing the role of the female superhero in the movie. Moreover, to make it more exciting Hrithik Roshan will be seen in four different characters. Alongside the role of ‘Krrish’, he will also play the role of a villain. Unlike the other sequels, ‘Krrish 4’ is going to have a lot of action scenes with a lot of villains.

To sum up, the VFX, animation, and graphics are well managed by the production house of Shah Rukh Khan. The name of the production house is ‘Red Chilli’s Production’. However, fans are very much excited about the release of ‘Krrish 4’. The release date is not yet confirmed. The director has said that we can expect the film to be out sometime in the year 2022. Therefore, we have to wait until the director comes up with further updates. We will surely inform you about the further updates on ‘Krrish 4’. Till then keep reading our previous articles. You can watch previous parts on Sony Liv.

Also read: Fiction Movies That Are Turning Into Reality- Find Out Which Movies Predicted Our Fate!