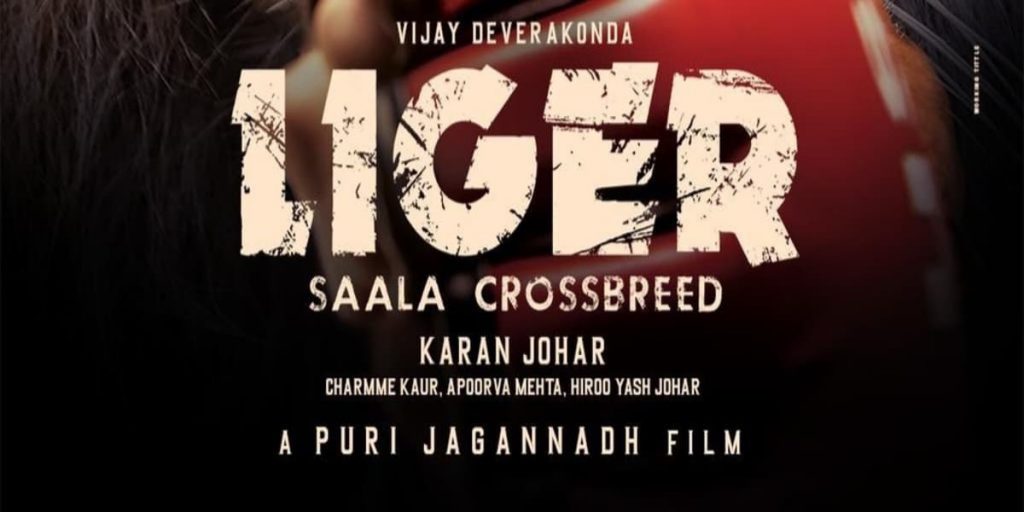 Liger is an upcoming movie which will be a Bollywood movie. It is considered an Indian multilingual action flick. It is starring Vijay Deverakonda in the lead role. Ananya Panday is playing the lead opposite Vijay Deverakonda along with other supporting artists. The movie has revealed its first poster, which is very stunning.

The poster is incredibly amazing. The movie is both directed and produced by Puri Jagannadh. There are also many producers, including Karan Johar, Hirod Yash Johar, Charmme Kaur, and also Apoorva Mehta. The movie is produced underneath the banner of Dharma Productions, which is of Karan Johar.

The movie is available in many different languages such as Hindi, Telugu, Tamil, Malayalam, Kanada. Liger is the first project which is altogether produced by Karan Johar’s Dharma Productions and Puri Jagannadh. Liger is an action entertainer film that also marks the entry of Vijay into Hindi cinema. It is an action as well as a romantic movie.

Liger’s release date has been raised on the internet. It is decided to be released in 2021. The fans of the superstar Deverakonda took an interest in the updates of the film. This film was announced before the COVID-19 pandemic. The production of the film was delayed due to worldwide pandemic COVID-19. The team restarted the shooting after the lockdown with all the safety measures. The shooting is wrapped up, and it is all set to be released in Feb 2021. The release date of the film is not yet announced.

About the first poster:

The poster is beautiful and catchy. It created excitement among the fans for the film. The first poster of the film gives a glimpse into Vijay Deverakonda’s role in the film. It showed a cross between a tiger and a lion. Vijay will be seen as a boxer and as a fighter in the film. He has worked really hard to get into the shape of his character. He also shared his first look on Instagram. on the other hand, Ananya Panday will be making her Telugu debut with this action film. The poster also came with the tagline saying ‘Saala Cross-Breed.’ Many hashtags such as #Liger and #SaalaCrossBreed are trending on the internet just a few minutes after the poster was out.

In Liger, Vijay plays the role of a fighter with a speech check. He underwent many mixed martial arts classes in Thailand. The classes helped him in preparation for his character. Karan Johar has come inside to release the film in Hindi. The film will be distributed in Hindi by Karan Johar and Apoorva Mehta.

Vijay will be seen in a totally different role from the roles he played earlier. Ananya Pandey will be seen for the first in a Telugu movie. This is her first project. This project is also known as a Pan-Indian movie. The earlier name of the movie The Fighter but which was later changed.

Fans can’t control their level of excitement after the poster was revealed. They are eagerly waiting for their star to be seen on the big screen.

The following are the cast members of the Liger movie.