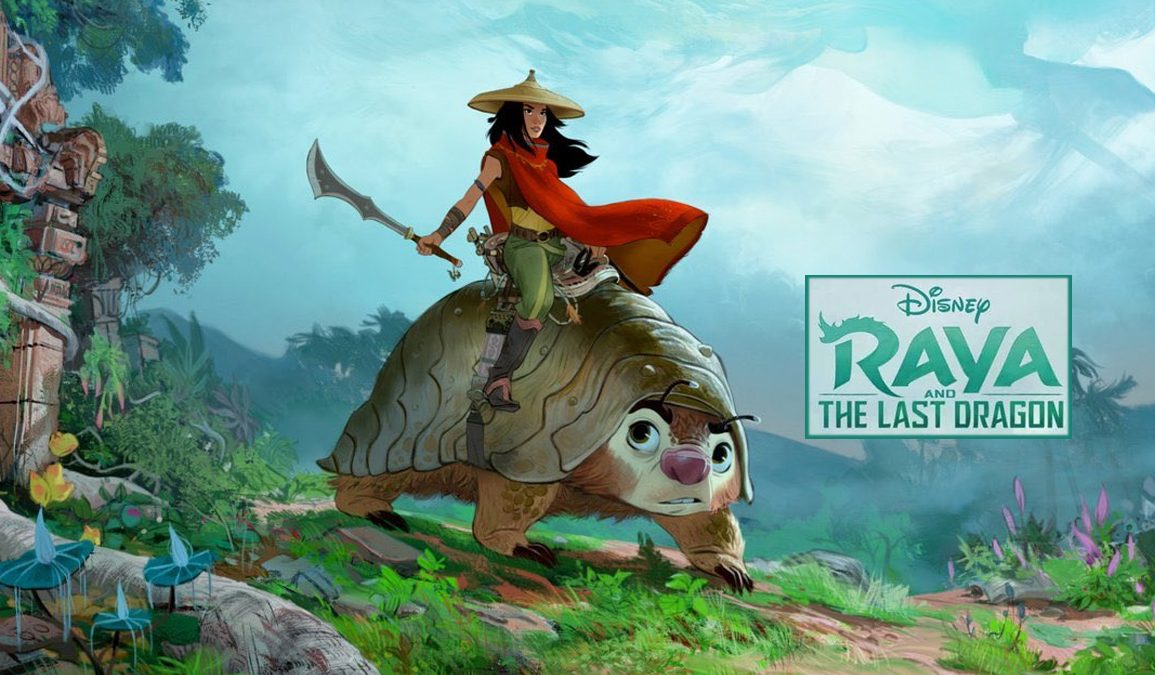 Raya and the Last Dragon poster

Here comes big news for Disney lovers. ‘Raya and the Last Dragon’ is set to release on 5th March 2021. This movie is highly anticipated by animation and Disney lovers. This is animated Disney movie targets mainly the kids. However, just like the other Disney movies, it can be enjoyed thoroughly by adults as well. Thus, we will love to call this is a movie for kidults (kids and adults). ‘Raya and the Last Dragon’ was first announced in 2020 by Walt Disney production house, but due to the pandemic, it was delayed.

‘Raya and the Last Dragon’ is Disney’s first South-East Asia centered animated movie. Unlike Mulan, the cast of this movie almost-entirely consists of Asian American actors and voice actors. This movie will simultaneously release on Disney+ with prime access. The director of ‘Raya and the Last Dragon’ is Don Hall and Carlos Lopez Estrade. Moreover, the producers of the movie are Osnat Shurer and Peter Del Vecho. The story is written by Qui Nguyen, Sandra Oh, and Gemma Chan. The premise of this film is inspired by the South-East Asian cultures. They include Laos, Indonesia, Cambodia, and Malaysia.

This movie, as sources suggest, will be co-directed by Paul Briggs and John Ripa. The music in ‘Raya and the Last Dragon’ is created by James Newton Howard. Moreover, the music too is heavily inspired by South-East Asian cultures. The production house, Walt Disney Animated Studios, has decided to release the movie on home entertainment as well on DVD, Blu-RAY, and ultra HD blu-ray by mid-2021. To conduct researches regarding the film, the filmmakers have traveled to Laos, Cambodia, Indonesia, Vietnam, the Philippines, and Thailand.

The trailer of ‘Raya and the Last Dragon’ has come out on 26th January 2021. It is a 2 minutes and 28 seconds long trailer with views over 4.9M in a day. It begins with the voice-over of Raya, saying not to trust anyone. However, she ends up trusting a baby who is a con baby. Although tricked, Raya makes the baby her ally. She wants to restore peace in her country, which is at war with the neighboring countries for centuries. Now, to restore peace to her land, she needs to find the last dragon. However, as shown in the trailer, she did find the last dragon. But it is not the same dragon she expected it to be. Will Raya be able to restore peace? Will her aim of building a better world be fulfilled? All your questions will find their answers once the film comes out.

Of course, there are villains in the movie. But as we know, Disney villains are not villains but are anti-heroes. Also, there will be characters that you will surely love to hate. Fans cannot wait for ‘Raya and the Last Dragon’ to release.

The cast of the movie pretty much consists of Asian American actors. The voice of Raya is given by Kelly Marie Tran, who replaces Cassie Steele. The voice of Sisu will be given by Awkwafina. Moreover, we will also find Gemma Chan, Daniel Dae Kim, Sandra Oh, and Benedict Wong in the main roles. Other members include Alan Tudyk, Patti Harrison, and Ross Butler, playing side but significant characters. Thus, this is the cast of ‘Raya and the Last Dragon.’

The directors of this movie, Don Hall, previously worked on Big Hero 6 and Carlos Lopez Estrade worked on Blindspotting. One of the writers of the movie, Adele Lim, also wrote the popular American series Crazy Rich Asians. Composer James Newton Howard is working for the fourth time with Disney. Previously, he produced music for movies like ‘Dinosaur and Treasure Planet’.

The story of ‘Raya and the Last Dragon’ is set in a fictional land named Kumandra. Here humans and dragons are living peacefully for years. However, one day an evil force takes the land into a storm. Thus, the dragons are forced to sacrifice themselves for humans. 500 years pass, but still, the same evil force attacks the land. Nevertheless, Raya, the last warrior of her land, sets on an adventure to find the last dragon and restore peace. This is due to division in lands and a lack of unity on the land. Eventually, she realizes that peace will not be blessed upon finding the dragon, but it will take more time.

What does Raya do to ensure her will to restore peace? What people will she meet that will change her views regarding the world? Don’t worry; all your questions will have an answer once ‘Raya and the Last Dragon’ is released. The date of release is set for the 5th of March, 2021. Till then, keep reading our previous articles.