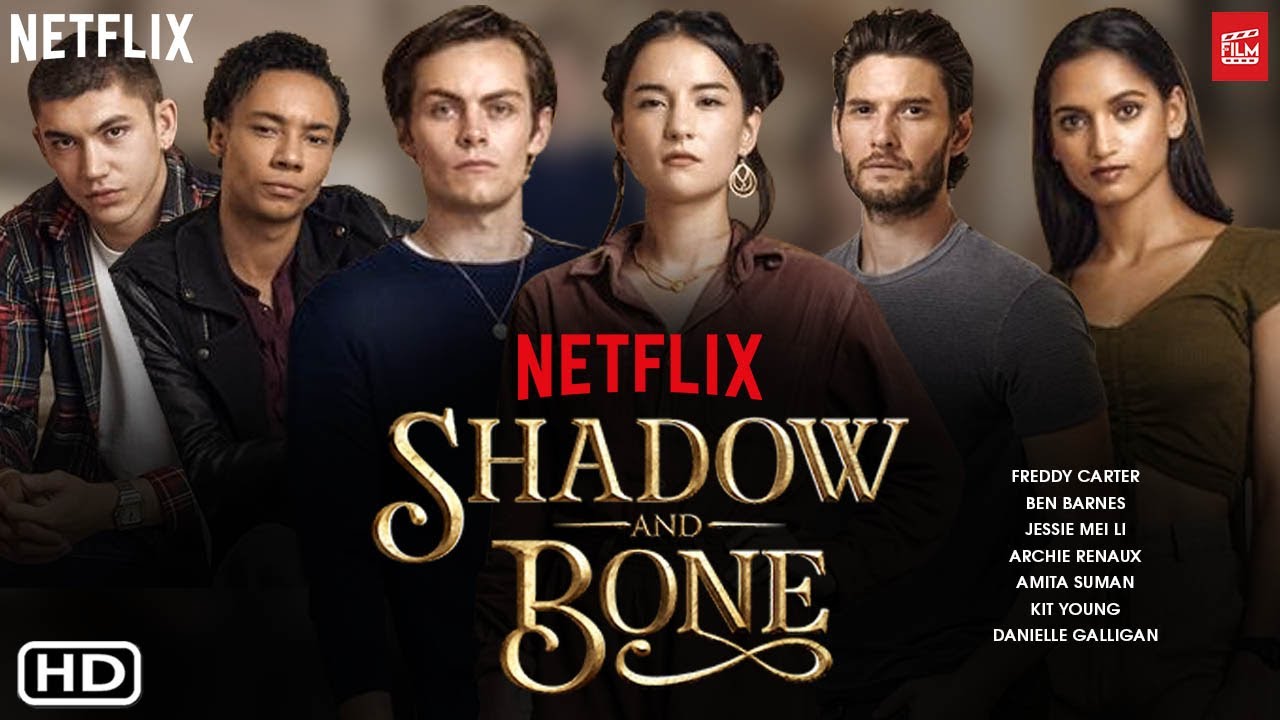 ‘Shadow and Bone’ is an upcoming Netflix Original with an extremely interesting storyline. Previously, Netflix came up with the initial pictures of the series. However, this series will have a total of eight episodes. Thus, this amazing fantasy series is all set to entertain you on-screen.

The fantasy series of ‘Shadow and Bone’ is set to release officially on 23rd April 2021 on Netflix. Back in October 2019, the series began its production. However, just before the lockdown was initiated in February 2020, the production was complete. As of now, the series is undergoing post-production. Thus, the first season will be out soon.  The storyline is based on war-torn zone a character named Alina realizes that she has an “extraordinary power” which will help her to earn her country’s independence.

This series will be sharing the screen with all the talented actors. It stars Jessie Mei Li as Alina, Starkov and Ben Barnes as General Kirigan. Archie Renaux will play the role of Malyen Oretsev. Freddy Carter will bring Kaz Brekker back in life. Moreover, Amita Suman is playing Inej and Kit Young will enact as Jesper Fahey. Sujaya Dasgupta will be seen as Zoya Nazyalensky.

Daisy Head will enact as Genya Safin. Zöe Wanamaker will play the role of Baghra, Kevin Eldon as the Appart. Furthermore, Luke Pasqualino will be seen as David. Julian Kostov will enact as Fedyor. Jasmine Black Borrow will play the role of Marie. Also, Simon Sears will be seen as Ivan. The genre of this series is fantasy, directed by Eric Heisserer. The executive producers are Eric Heisserer, Shawn Levy, Pouya Shahbazian, Leigh Bardugo, Dan Levine, Dan Cohen, Josh Barry.

The story of ‘Shadow and Bone’ is set between two worlds that are split by perpetual darkness. Here unnatural animals feast on human flesh. A soldier named Alina realizes that she has an extraordinary power to free her own country. However, as she starts getting used to her power, extra forces take a toll on her dangerously. Thus, she realizes it will be a lot to survive and magic will not help in this.

The first look of the teaser made the audience awestruck. The eighth episode was shot in Budapest, Hungary. Brekker, portrayed by Freddy Carter, is seen to lead a gang known as the Dregs. Netflix has still not released a trailer yet but the storyline keeps us hooked up.

Bardugo wrote this novel inspired by her fantasy world Ravka. Ravka is the Russian Empire of the early 1800s. A character named Aliana discovers her supernatural powers. However, she is an orphan. Moreover, when she discovers her powers it was a tough time to fight with the demons. She receives help only from General Kirigan. However, Bardugo said that the series will differ greatly from the book in a more marvellous way.

This series will combine both ‘Shadow and Bone’ and ‘Six of crows’. Thus, they both exist in the same world but in different timelines. This is a great piece of news for fans as they will be able to witness both the fandom together. ‘Shadow and Bone’ is in a different fantasy world. Moreover, the author explains this as “in Imperial Russia, not in medieval England”. The story reflects about the people living there showcasing their lives that doesn’t matter despite what they do. The story takes a complete phenomenal shape with battles andmagic. Nevertheless, the relationship between characters changes.

The other novel ‘Six of Crows’ is more of an adventurous heist, focusing on criminals constantly hunting for jobs. As there goes a famous saying ‘A jeweller can identify a jewel, appropriately’. The cast of the series is the perfect example of it.

Coming together of the two worlds

Director Eric Heissener said that he along with Bardugo created stories for ‘Six of Crows’. Hence, the audience will get to know them. This decision was taken although it will not be played on the screen until the series gets over. The director and the author have taken up these two stories to serve the audience most bizarrely. Though the plot will change irrespective of the book, the change will be in a good way.

Despite the differences, the storyline will stay true to the characters. Two fantasy series are constructed in a way that the audience will feel like they are sitting on the edge of a cliff with powers and creatures along with heist and horror. The director said that there may be cross paths between different characters which are not written in the book. Thus, everything is unpredictable in this series but it will keep you hooked up.

Episodes in the first season

Much to surprise, the episode titles have also been revealed.