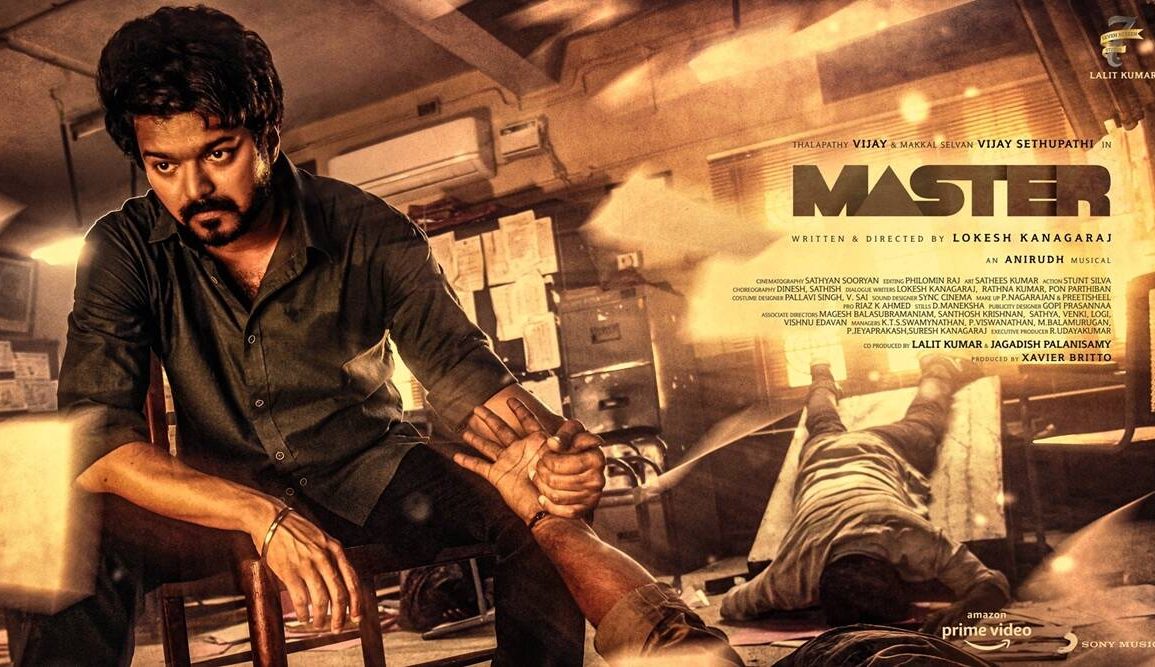 Beforehand, the movie, ‘Master’ has released in the theatres with a lot of cuts. However, the raw version of this movie will release on Amazon prime without cuts. The theatre owners and exhibitors have all the justified reason to get upset about this. Subsequently, without any doubt, fans have all the reasons to be cheerful about the release. As in the OTT version, there will be no cut, fans will watch the movie on their subscribed OTT platforms. Hence, the theatres will have fewer people or no people at all.

Theatre owners will be running in a loss. In this case, it means that the movie will be of longer duration than the theatre version. The Tamil film, ‘Master’ has entered the 10 crore club. Additionally, it has earned 50 crores in just three days. Despite the differences, it is doing quite well in the theatres as well which was unexpected. It is also said that it will get a remake in Hindi. The movie makers desperately waited for 10 months and fought to release this film in the theatres. Although the theatre owners are running in a loss, they demanded 10% of what the film earned. The makers denied them straight away as the film has done much better than the other films this year.

The heartthrob of the South Indian fans, superstar Vijay Thalapathy is back with a bang. The trailer went viral within a few minutes of its release. The trailer is widely appreciated by the audience and received lots of love. ‘Master’ was set to release in August 2019 but due to the pandemic, it got delayed. As people are still skeptical to watch movies in theatres, makers decided to release it in theatres and OTT platform. Thus, their work will not go unnoticed. Moreover, seeing the trailer’s reaction it does not seem like it went unnoticed but reached a wide range of audience.

The director of this movie is Lokesh Kanagaraj while the producer is Xavier Britto. The screenplay is done by Lokesh Kanagaraj, Ratna Kumar along with Pon Parthiban. The story writing credit goes to Lokesh Kanagaraj. The main characters in this film are Vijay and Vijay Thalapathy. Moreover, the melodious music is given by Anirudh Ravichander. Cinematography is done by Sathya Sooryan. Editing of this film is done by Philomin Raj. The production company behind the film is XB Film creators. Furthermore, the movie is distributed by Seven Screen Studios. The run time of the film is 179 minutes.

However, ‘Master’ has a grand budget of Rs. 135 crore. In this film, some other famous actors are also seen such as Nascar, Sanjeev, Sriman. Alongside, Srinath, Prem, Nagendra Prasad, Mahendran with others are also seen. Also, the famous actor, Kathie’s father has made a debut in this film. The makers of the film also included Shantanu Bhagyaraj. On the other hand, Antony Varghese also made a debut. Moreover, Andrea Jeremiah is also seen. In the second schedule, Ramya Subramanian will be joining.

The movie has been filmed in various states of India like Delhi, Chennai and Karnataka. In Delhi, the North Campus of ‘Shri Ram College of Commerce’ can be seen. Here, a long sequence of the movie has been filmed. In Chennai, the first schedule was filmed for 15 days. Afterwards, they fly down to Delhi to shoot the second schedule. However, the shooting got delayed in Delhi due to the increasing pollution each day. Few viewers present at the set while the film was being shot leaked some pictures out of excitement. The team took care of that and removed all the pictures as something’s is better to be unknown.

However, later they flew down to Karnataka. Here, they shot some important scenes between Vijay and Vijay Sethupathi at Shimoga District in Karnataka. Satheesh Kumar stated in an interview that, he and his team had to make 15 sets on this film’s shoot. However, the shoot was interrupted by Income Tax officers as actor Vijay was questioned for tax invasion. Nevertheless, the shooting was completed by 7th of February 2019.

The melodious soundtrack was given by Anirudh Ravichander. Moreover, the film has a total of eight soundtracks. However, three of them were released earlier. A launch event organized on 15th March 2020 took place at The Leela Palace, Chennai.

As the film begins we find a family burning through the smoke. We see a child whose name is Bhavani, standing still and watching his family burn. His family had an enemy who killed them. Little Bhavani was taken to the juvenile centre as the enemies blamed him for the death of his family members. Moreover, he is tortured to death but one day Bhavani finds a scope of escaping and he escapes.

Bhavani goes to their enemy’s house and convinces them for the exchange of a weekly tribute and they agree. He loses his childhood and starts to make money from the truckers leading to many more crimes. Moreover, in the Juvenile home, he used to tell the other kids to take the blame of his deeds. Fast forward to Chennai, we find that John Duiraja is an alcoholic teacher. However, he has immense support from the students. Now, this sometimes gets him in trouble with the college authorities.

To sum up, the movie, ‘Master’ is all set to release on 29th January 2021. The trailer is up on YouTube channel so you can check it out. Nevertheless, this movie will surely be a huge hit with an interesting storyline. So don’t forget to check out on this movie. Till then keep reading our previous articles.