The genre of this series is filled with drama, mystery, romance, sitcom, and superhero. The series is created by Jac Schaeffer. Moreover, it is based on the Scarlet Witch by Stan Lee and Vision by Roy Thomas and John Buscema. ‘Wanda Vision’ is directed by Matt Shakman, and the cinematographer is Jess Hall.

Disney premiered two of its previous episodes on January 15, 2021. Also, Disney showed some behind the scenes. Thus, it gave the viewers a hint of what they can expect in the next upcoming episode. It has decided to release a new episode each week after the two episodes that were dropped previously. Moreover, the series has been accepted with an open heart and is well praised by the critics. The performance of the actors has been appreciated as well. However, we know that this series is not a mainstream Marvel comic, but Marvel accepted it with an open mind.

In this series, we will find Elizabeth Olsen, who plays the role of Wanda Maximoff or as Scarlet Witch. Her character is about an Avenger who can do telepathy followed by telekinesis and magic. Kevin Feige, the executive producer, said, “we can witness more powers of Wanda as she will explore a lot more. “Moreover, Olsen could explore new horizons of the character. This is because while shooting for this role, she explored the character’s sassiness and humor. Paul Bettany will be seen playing the role of Vision. Moreover, his character is created using artificial intelligence.

Teyonnah Paris is playing the role of Monica Rambeau. She is enacting as the daughter of the Air Force pilot Maria Rambeau. Rambeau is a captain in S.W.O.R.D (Sentient Weapon Observation Response Division). Moreover, she also introduces herself as a neighbor of Wanda and Vision, disguising herself as “Geraldine.” Her character portrays “toughness and to be a woman unapologetically.” Randall Park enacts as Jimmy Woo. He is playing the role of an FBI agent who’s working with the S.W.O.R.D.

The filming of this series started in early November. Thus, shooting began in Atlanta, Georgia, in the Pinewood Atlanta Studios. In front of a large number of people, the first episode was shot in black and white. Due to the pandemic, the filming stopped, then again resumed work from September 2020. However, all the safety protocols were considered and maintained. In Warner Bros Street also the filming of the sitcoms took place. The production was completed by the middle of November 2020. It is said that Olsen was continuously shooting with Doctor Strange.

After the three weeks event in Avenger’s endgame (2019), we will see ‘Wanda and Vision’ living an ideal suburban life in the town of Westview. They try to tuck away their powers. Thus, it shows that they enter the new decade and television tropes. Moreover, they realize that things are not like what they are seeing. 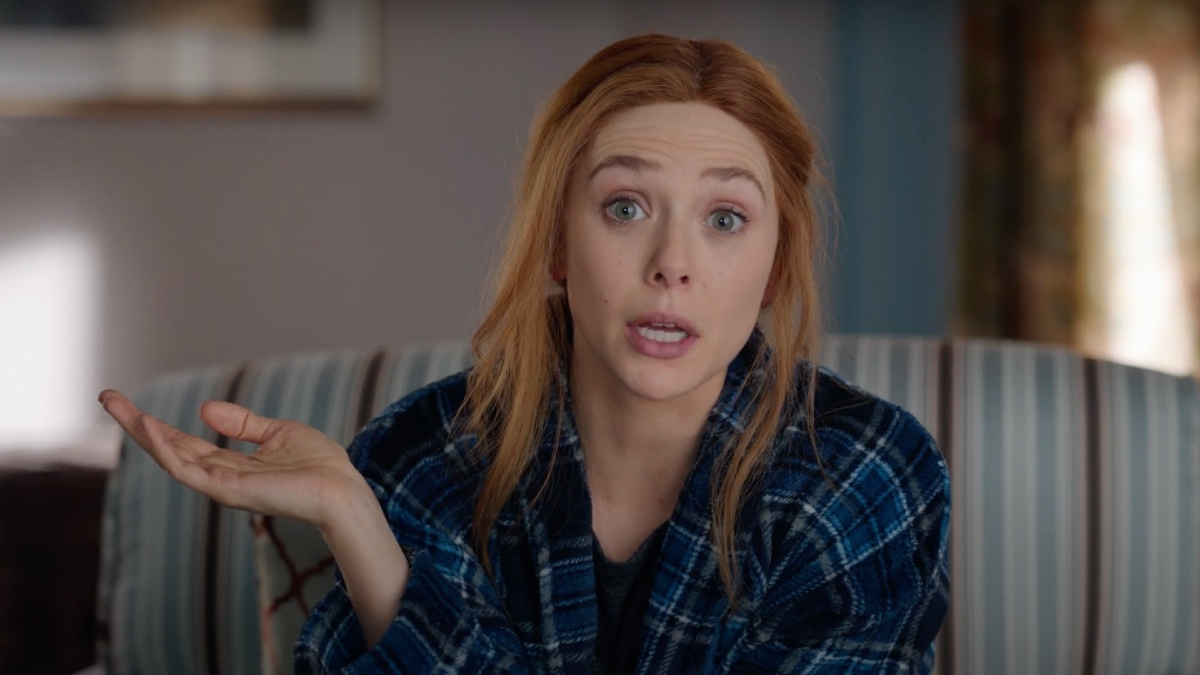 About the Episodes of ‘Wanda Vision’

The starting episode introduces the viewers to the location and characters. We see that a newly married couple, Wanda and Vision, lives in the town of Westview during the 1950s. Although both of them have different powers, they try to put them together. One day they see a heart drawn over a date in the calendar. However, they can’t recall what it is about. Not paying much attention to it, they carried on with their jobs and daily lifestyle.

In episode 2, we find both of them preparing for the magic show that will be held in the neighborhood. Suddenly, they hear some noises outside their house. Wanda is the friend of Geraldine and notices more strange things. Eventually, when they return home, they discover that Wanda is pregnant, and this can be understood quite well. In episode 3, Doctor Neilson checks Wanda and concludes that she’s pregnant for the past four months. Thus, Wanda gives birth to twins, Tommy and Billy, with the help of Geraldine. Moreover, in episode 4, Captain Monica Rambeau, the agent of S.W.O.R.D, gets a new life. Hence, she comes to find her mother, Maria, who died due to Cancer. Thus, the rest will be revealed in the upcoming fifth episode.