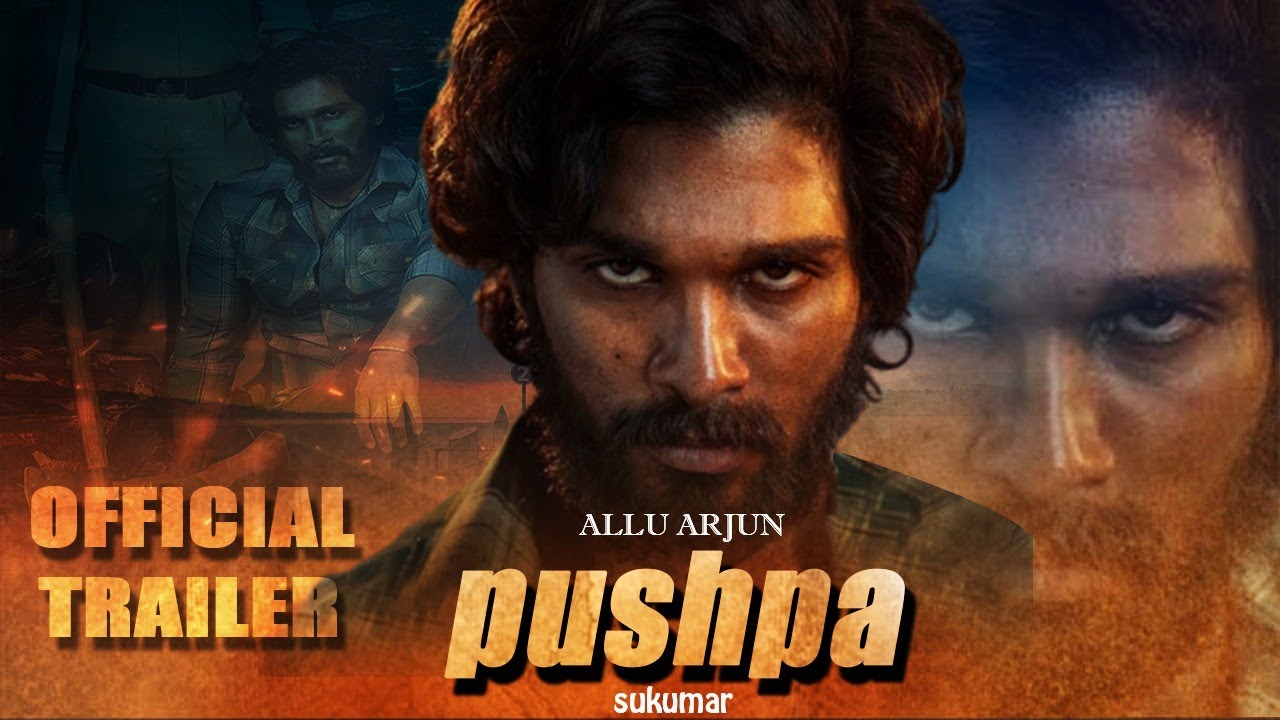 Allu Arjun, after his recent blockbuster Bunny, is all set to deliver yet another hit named ‘Pushpa’. ‘Pushpa’ is supposedly a romantic murder mystery. However, this is yet to confirm as the makers of the movie have not revealed anything yet. Thus, the trailer for the movie is yet to release. Moreover, the poster came out long back on Allu Arjun’s birthday, 8th April 2020. Fans are already excited about the movie and the poster has increased it to another level.

Sharing the poster of the movie, Allu Arjun wrote “#Pushpa” while revealing the movie release date. Thus, the movie ‘Pushpa’ is set to release on 13th August 2021. The director of this movie, Sukumar, has previously worked with Arjun in movies like Arya and Arya 2. His previous movies were masala, action, entertainment. However, the storyline of ‘Pushpa’ is quite unknown.

The upcoming movie ‘Pushpa’ will be a pan India movie. It will release not only in Telegu but also in Malayalam, Tamil, Kannada and Hindi. Whether it will release on any online streaming platform is still unknown. Nevertheless, the music of this movie will be produced by Devi Sri Prasad, who earlier worked in many Telegu movies. The movie is produced by Naveen Yerneni and Y. Ravi Shankar under the production house Mythri Movie Makers.

Soon after the poster was released by Allu Arjun, fans were eagerly waiting for its release date. Thus, Allu Arjun announced the release of ‘Pushpa’ on 28th January 2021 on his social media. ‘Pushpa’ is set to release on August 13th 2021. Fans are grooving over the announcement as the movie will be a pan India release. Also, it will release in 3 different languages other than Hindi and Telegu.

The trailer of the movie is not yet released. Thus, the moviemakers are yet to confirm the release date of ‘Pushpa’ trailer or teaser. Moreover, fans have been guessing the premise of the movie. Sukumar, the director of ‘Pushpa’, personally went to the Nallamala forest as the movie is based on red sanders smuggling. However, due to covid situation, the shooting of the movie was postponed. Later on November 20, 2020, the shooting was resumed. Now, the film is set to release in August.

The motion poster of this movie was released on 28th of January 2020. In the first poster, Allu Arjun was seen with a bearded face with 70s hairstyle and clothing of a similar decade. Also, the background of the poster gives an eerie and dark vibe. In the motion poster, Allu Arjun is seen sitting under a tree trunk while the tree was badly cut leaving edgy corners. Moreover, he was holding an axe with a serious expression on his face. In the background, we see a mass probably waiting for Arjun’s leadership. All these people are holding axes as well. The music in the motion poster is also edgy and has gloomy vibes revealing the thrilling nature of the movie. As we are guessing the synopsis of the movie ‘Pushpa’, so are fans.

The cast of the movie consists of popular faces from South Indian film industries. It includes Allu Arjun and Rashmika Mandanna who is cast opposite of him. This is the first time that both Arjun and Rashmika will share the screen. Previously, Allu Arjun has worked in movies like Varudu and Vedam. Rashmika Mandanna has worked in movies like Bheeshma and GeethaGovindam.

Other than these two, popular actor, Prakash Raj will also be a part of ‘Pushpa’. He has worked in many Hindi movies, including Singham and Dabanng 2. He is recently seen in the Telegu movie ‘Bharat Ane Nenu’. Moreover, ‘Pushpa’ also stars Jagapathi Babu, who was seen as an antagonist in movies like Thaandavam and Bachhan. Also, Dhananjay, Kannada actor, will be seen. He is recently seen in the movie, Popcorn and Monkey Tiger.

The makers of the movie have not revealed further names of the characters. However, some actors are Sunil, Harish Uthaman, Vennela Kishore and Anasuya Bharadwaj. Thus, they will also be seen in the movie in supporting roles. Initially, Vijay Sethupati was supposed to be a part of the cast. He would play the role of the antagonist of the movie but later he walked out due to engaging dates. On the other hand, Mahesh Babu who would have played the protagonist left the project due to some creative differences. Later he signed a new movie Sarileru Neekev Varu. Allu Arjun was cast after this and the shooting began.

As of now, the creators of the movie have zipped their mouths regarding the characters of the movie. Also, the storyline of the movie is not disclosed much. Director Sukumar describes the storyline as, “The red sanders heist in the hills of Andhra. It is a convoluted nexus that unfurls in the course of the narrative through a coolie-turned-smuggle.”

As per the leaked news, ‘Pushpa’ is a romantic action thriller drama. In the movie Allu Arjun is a Smuggler of Red Sanders and Rashmika Mandanna is playing the cop. In another leaked story, it is stated that Rashmika plays the role of a forest officer and the wife of Arjun. However, later, Arjun is murdered by someone. Allu Arjun, to find the killer, poses as a Red Sanders smuggler.

Although, none of the stories is confirmed. Nevertheless, we expect the movie ‘Pushpa’ to be a mass entertainer and a blockbuster. However, fans too have high expectations from ‘Pushpa’. They are very much excited about the film’s release on 13th August 2021. We will surely inform you regarding any further updates on the film ‘Pushpa’. Till then keep reading our previous articles.