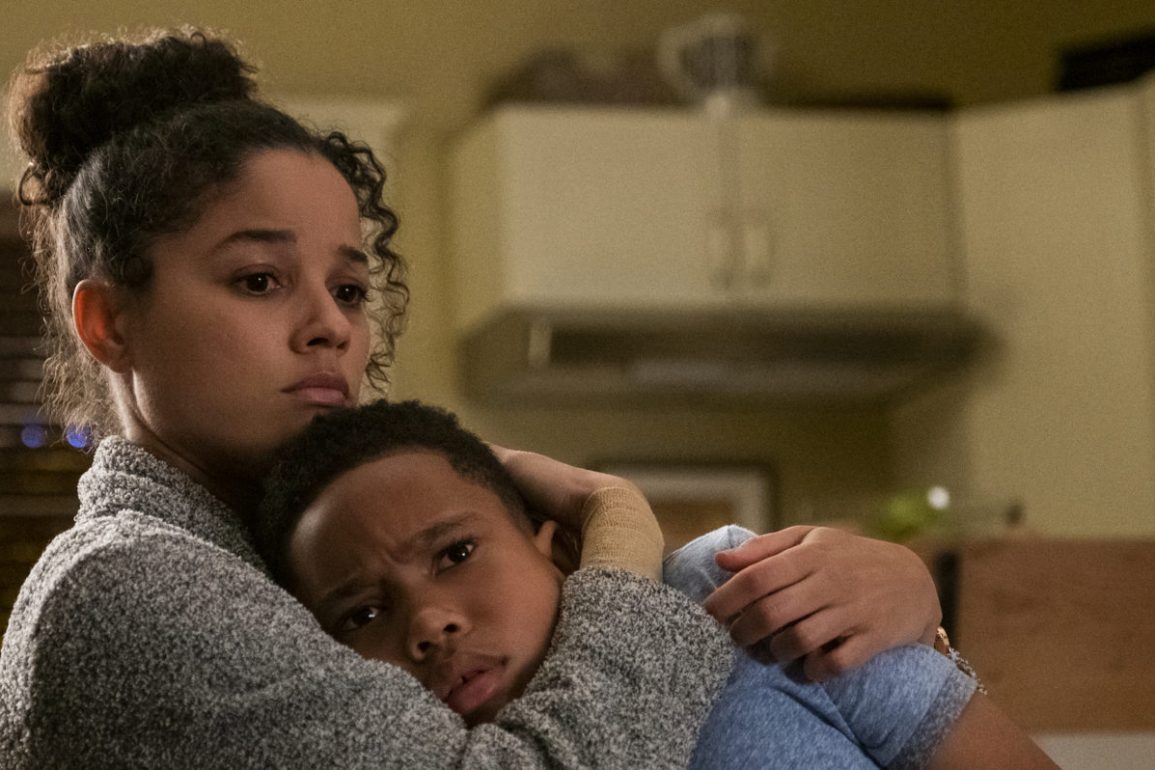 The super-powered sitcom Raising Dion will finally return for a second season in February 2022, more than two years after the first season launched on Netflix! Raising Dion is based on Dennis Liu’s 2015 comic book & a short film of the same name. It follows Nicole Warren (Alisha Wainwright), a widowed mother who discovers her young son Dion (Ja’Siah Young) possesses superpowers. Nicole’s first season centered on her attempts to grasp Dion’s powers with the help of her departed husband’s best friend, Pat (Jason Ritter), while simultaneously dealing with the sadness of losing her husband and the unique challenges of single motherhood.

Season 2 is expected to give us additional characters, superpowers, and the emotional family drama that made Raising Dion so popular in 2019. Continue reading to learn everything there is to know about Season 2 of Raising Dion.

When will Raising Dion Season 2 be released?

On Tuesday, February 1, 2022, all eight episodes of Raising Dion Season 2 will be released on Netflix.

Which cast members will return for Season 2 of Raising Dion?

Michael B. Jordan, who played Nicole’s late husband Mark and made multiple flashback appearances throughout Season 1. He was culminating in a heroic reappearance at the very end, is noticeably absent from the cast list. Jordan, on the other hand, is still an executive producer on the show, so there’s still hope.

Who has joined the cast of Raising Dion Season 2?

Season 2 of Raising Dion will introduce a number of new characters to the fold. In February 2021, Deadline announced that Rome Flynn, Aubriana Davis, Tracey Bonner, and Josh Ventura will join the returning cast.

Davis will play Janelle Carr, a 15-year-old who will bond with Nicole and Dio. After her mother took her to Biona for therapy with her “behavioral issues”. Simone, Janelle’s mother, will be played by Bonner, who wishes for her daughter to return to normalcy. And Ventura will play David Marsh.  “Biona’s new VP Operations, who aspires to grow the company.”  Michael Anthony will portray Gary Stafford in Season 2, and Scott Daniel Johnson will play a character named Joe, according to What’s On Netflix.

As previously noted, production did not begin according to the original plan because it was canceled owing to the pandemic. Which caused significant delays in production. Originally, production was supposed to begin in 2020. According to one Netflix account, but due to all of the production issues caused by COVID-19 regulations. that was severely pushed back.

However, production did begin in January 2021. Filming is expected to take place over several months, with preliminary dates indicating that it will take place from January 19th until May 24th. Season 2 will be shot in Atlanta, Georgia, primarily at EUE Screens Gems Studios. There haven’t been many photos taken on set, but you can see Alisha Wainwright (who portrays Nicole) covered up below. Various casting calls for extras for the show were held in early February 2021.

On April 25th, Richard Vialet announced that he had completed his episodes for Season 2 of the show. Dennis Liu will also return as director for season 2, with episodes 3 and 4 sets to be directed by him. The show is expected to be finished filming, but given the show’s sparse social engagement, we can’t be certain. The concert was once featured on Georgia’s official website, but it is no longer there.

Season 2 of Raising Dion: Everything We Know So Far, Including First Look Photos and Who’s New in the Cast

Raising Dion Season 2 picks up two years after the events of Season 1, with Dion once again exploring his powers as Nicole tries hard to raise him well and keep him safe, but that will be easier said than done when a new threat emerges.

Season 2 of Raising Dion follows Dion as he continues to refine his powers with the help of his mother and Tevin, according to the official Netflix synopsis (Rome Flynn), his Biona trainer who piques Nicole’s interest.” A sequence of disturbing occurrences happens as Dion befriends new pupil Brayden (Griffin Robert Faulkner), a similarly powered youngster, and Dion finds that danger is still looming. Dion and Nicole must triumph once more, navigating twists, turns, and unexpected visits in order to save not just themselves, but the entire city of Atlanta.”

Of course, after the ultimate fight with Dion, Brayden appears to be possessed by The Crooked Man, hinting that their friendship would most certainly take a bad turn. Pat will also be back in some manner, demonstrating that he miraculously escaped the last showdown, according to the promotional photographs. However, the fact that Pat is wearing handcuffs in one of the promotional photographs suggests that he will be held responsible for his deeds as The Crooked Man even if he no longer has his powers.

Is there a trailer for Season 2 of Raising Dion?

While a teaser for Raising Dion Season 2 has yet to be released, Netflix has released many promotional images for the new season. Nicole and Dion are still as close as ever, Pat has returned (somehow), and Dion will continue to use his abilities with the support of his friends. Flynn’s new character, Tevin Wakefield, is also introduced for the first time.

In the second season of Raising Dion, how many episodes will there be?

Season 2 of Raising Dion will consist of eight episodes, one less than Season 1, according to a Netflix “quick facts” press sheet.

What happened at the end of Season 1 of Raising Dion?

The characters of Nicole and Dion were introduced in Season 1 of Raising Dion, who were struggling to make ends meet as a family of two after Dion’s father, Mark, died (Michael B. Jordan, who also serves as executive producer). Nicole enlists the help of Mark’s best friend, Pat, to help her comprehend Dion’s skills and protect him after discovering that he possesses amazing abilities. Nicole and Pat become closer throughout the course of the season, with Pat developing love feelings for Nicole as well as a fatherly attachment with Dion.

The season finale revealed numerous major plot twists, including Pat’s identity as The Crooked Man and his role in Mark’s death. Pat and Mark both obtained powers during the Aurora Event in Iceland in 2010, but Pat suffered long-term ailments as a result of his interaction with meteorites during the event. Pat eventually transforms into The Crooked Man and begins absorbing other superhumans, including Mark, in order to heal himself momentarily. When Pat discovered that Dion has the ability to heal, he became motivated to persuade Dion to heal him permanently.

Nicole discovers the truth about Pat near the end of Season 1 after he becomes aggressive because he is envious of her emotions for another man. Nicole goes to Dion’s aid after learning that Pat is the one who has been murdering super-powered people.

While Dion uses his abilities to fend off The Crooked Man, Mark manages to break free from within him, weakening him just long enough for Nicole to murder him with an improvised lightning rod. The souls of all the super-powered humans slaughtered by The Crooked Man are finally released into the sky, and Mark is able to spend a few final moments with Nicole and Dion.

“Energy never dies; it only takes on a different form,” Mark says Dion, warning him that The Crooked Man’s energy is still out there someplace. Dion acknowledges his father’s warning, but he also reminds him that there is always good out there as well. He swears to find a means to resurrect his father one day. Mark vanishes after a final embrace with his family, and Dion and Nicole resume their lives.

In a closing image, the smoke that once signaled The Crooked Man is now whirling around Dion’s young pal Brayden (Griffin Robert Faulkner), the son of one of Pat’s former victims, who appears to have murdered his aunt. Brayden previously possessed telepathy, but now he now appears to possess the same dark energy that Pat once did.What is the best way to watch Raising Dion Season 2? 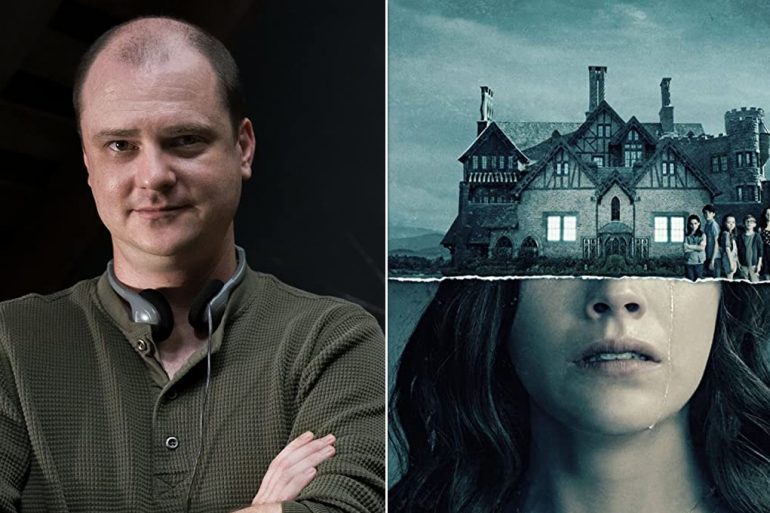