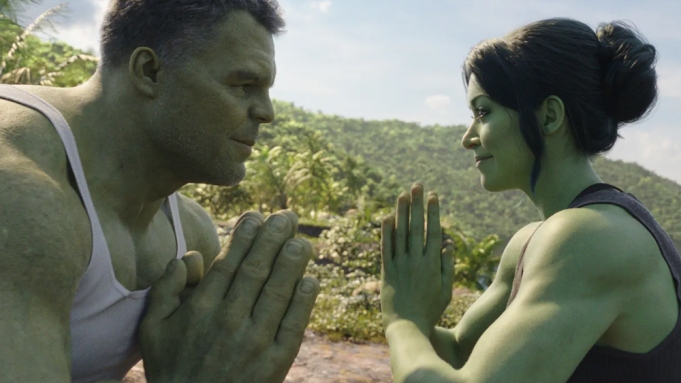 She Hulk: Attorney at Law Episode 1 Review And Recap

The very first episode of Marvel’s newest Disney+ series, She-Hulk: Attorney at Law, has finally been released. This show follows Jenn Walters ( Tatiana Maslany), who lawyer who also appeared to be a Hulk, as she seeks to survive the courtroom, her dating life, and also who are trying to attack her. In this article, we will discuss She-Hulk Episode 1 Review.

The show, like the critically acclaimed series Ms. Marvel, is clearly aiming for a lighter tone than other MCU properties. So, does She-Hulk keep up the quality in the first episode? Let’s find out.

Also Read: The Woman King Release Date And Much More

Who played the character of She-Hulk?

Tatiana Maslany has been cast in the role of She-Hulk, aka Jennifer Walters. Tatiana is well-known for her roles in television shows such as Orphan Black. After receiving a blood transfusion from her cousin Bruce, She-Hulk developed green-tinged skin and superhuman strength.

The main distinction between her and Hulk is her level of control. Jennifer can better control her rage in times of crisis.

Following an impassioned speech to her colleagues about power and civic duty, Jennifer is told how amazing she is at her job as an Attorney At Law. Jen is preparing a speech for a big court case; she was handpicked to go up against GLK and is on her way to becoming a district attorney.

We then take a step back to see what has led up to this point. Specifically, how Jen became a member of the Hulk family. She’s Bruce’s cousin, and the two of them are going on a road trip together. Suddenly, a strange ship (of Sakaaran origin) appears, and both Bruce and Jennifer crash their car and begin bleeding out.

Jen pulls her cousin to safety after saving him from the car, but there’s a problem. Jen cut her arm, getting out of the car, and Bruce is bleeding as well. Jen gains powers as a result of the blood entering her cut.

Jen stumbles into a nearby rest stop as she rushes away, guttural screams echoing through the forest, and a group of women begins doing her makeup and patching her up. When she is harassed by a group of men outside – a direct contrast to the caring women – she becomes enraged and transforms into She-Hulk. Jen is saved before she can strike by her cousin, who transports her to a remote cabin.

They’re in Mexico, in a beach house lab Tony Stark built for himself several years ago. Bruce explains that he was working in seclusion here during the blip. Bruce Banner explains how they differ as Jen looks around. Jen then questions Hulk’s arrogance in referring to himself as Smart Hulk.

Banner tells Jen that she must control her Hulk form and that it will be a long journey to accept her condition. That is until she transforms into She-Hulk, and Banner realizes there is no alter-ego within her; she is simply strong… because. It appears that everything has settled in, but she reluctantly agrees to let Bruce teach her.

Also Read: Back 4 Blood Alpha Release For 1000 Players To End This December