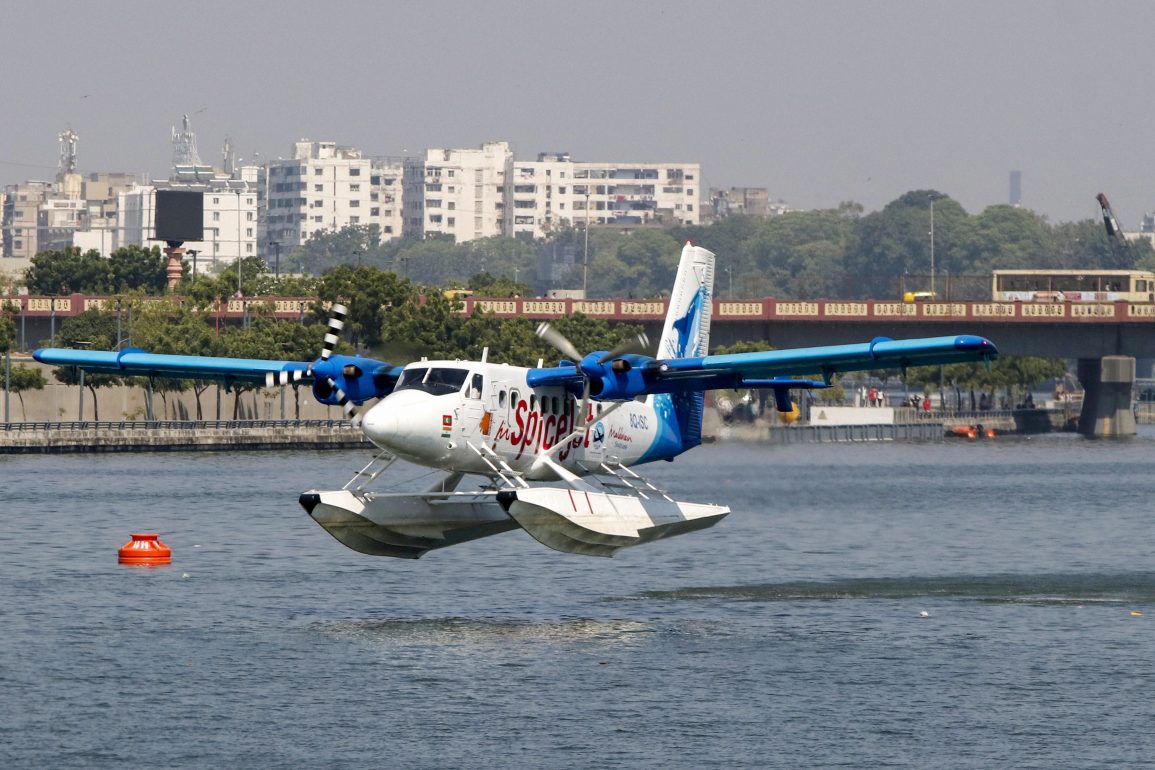 Prime Minister Narendra Modi inaugurated the country’s first seaplane launched by SpiceJet, which connects the Statue of Unity near Kevadiya in Gujarat’s Narmada district and Sabarmati Riverfront in Ahmedabad. The 18 seater aircraft, which can accommodate 15 passengers, two pilots, and a flight attendant, was inaugurated on Saturday by the Prime Minister with the 145th birth anniversary of Sardar Vllabhbhai Patel

He traveled in the maiden flight of the twin-engine from pond-3 close to the Sardar Sarovar Dam and landed at the riverfront, where a water aerodrome has been set up. The seaplane will be used for flights between the two points as part of the regional connectivity scheme and will make four trips a day in its initial stage. 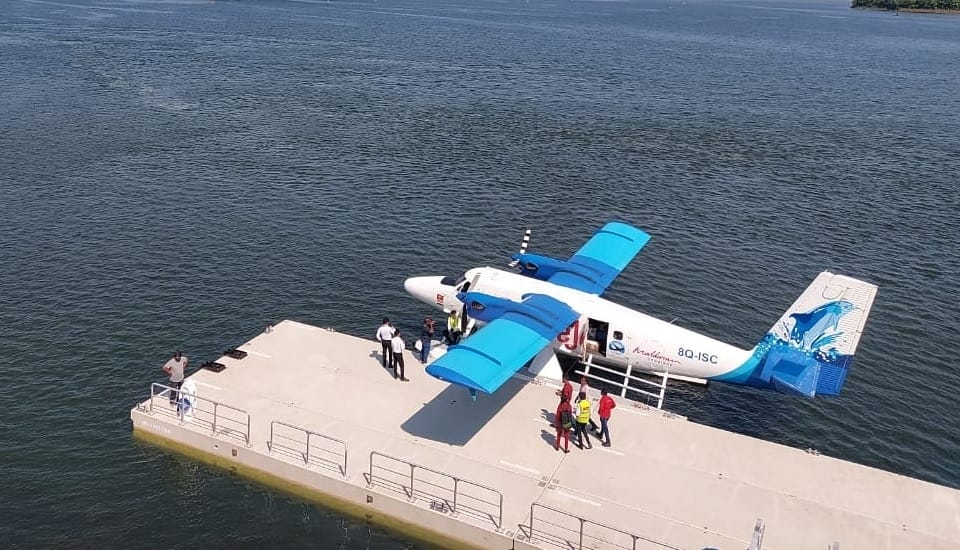 The twin-engine Otter aircraft operated by SpiceJet for the seaplane is nearly 50 years old, though the Director-General of Civil aviation has reservations on allowing planes older than 20 years to be imported. The aircraft has been wet-leased from the Maldives Island Aviation Services, which means that both the aircraft and its crew belong to a foreign entity.

The country’s biggest regional airline now has approval for 18 seaplane routes. The chairman of SpiceJet, Ajay Singh, said the seaplanes would improve regional connectivity, which is an initiative being encouraged by the Indian government, without the high cost of building airports and runways as the planes are able to take-off and lane both on small water bodies and short airstrips. The 30-minute fly trip will operate through their subsidiary Spice Shuttle, and the ticketing ranges from INR 1500- 5000 for one-way. According to Singh, only 30 percent of seats will be priced at INR 1500 under the UDAN scheme, and the rest will be priced as per the market demands.

The public response for the bookings was overwhelming as on the first day of beginning operations in Gujarat, SpiceJet received 3000 bookings for the route between Sabarmati Riverfront and Statue of Unity. 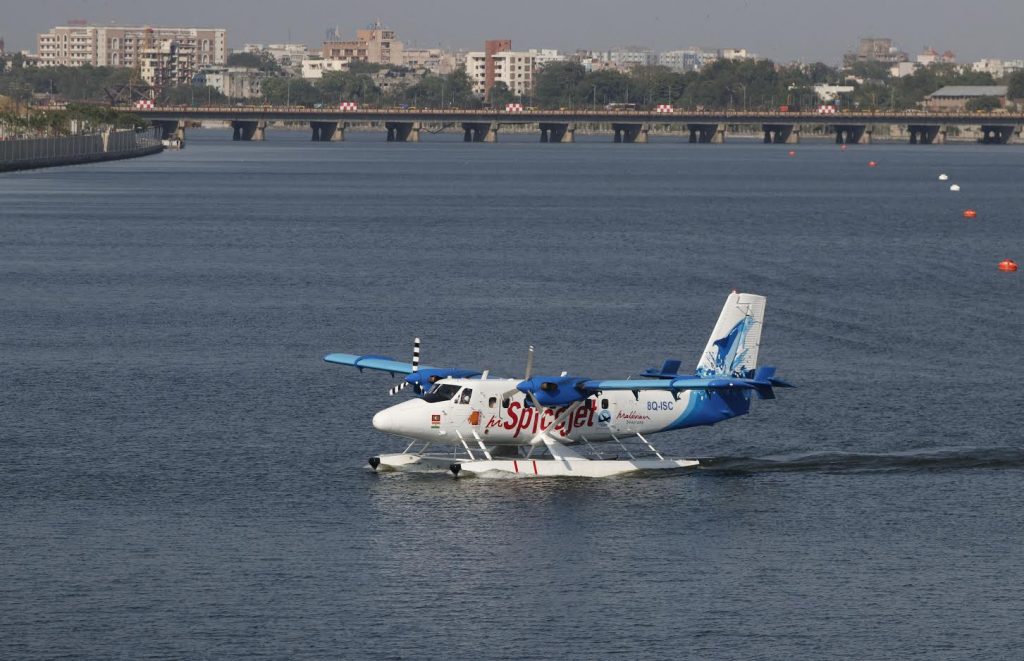 Singh mentioned that the flight experience is none like others. It is a special experience as it would fly at low altitudes from where the surrounding beauty can be seen near the Statue of Unity, and people who are into uploading pictures on social media will have a good opportunity to capture pictures on this flight.

Due to the increased and overwhelming number of bookings for the seaplane, SpiceJet has started making a list of people who are interested and are intimating them. The next project will include a seaplane route to Surat. A message on the spice shuttle website read: “We are experiencing heavy traffic, and there is a limited inventory on our flights. We will try our best to accommodate your request. Please wait for our confirmation.” The website is currently only taking requests from interest passengers for the four flights on the route.

The airline is also negotiating for more seaplanes, which will be taken in a lease to connect the famous tourist spots in our country.