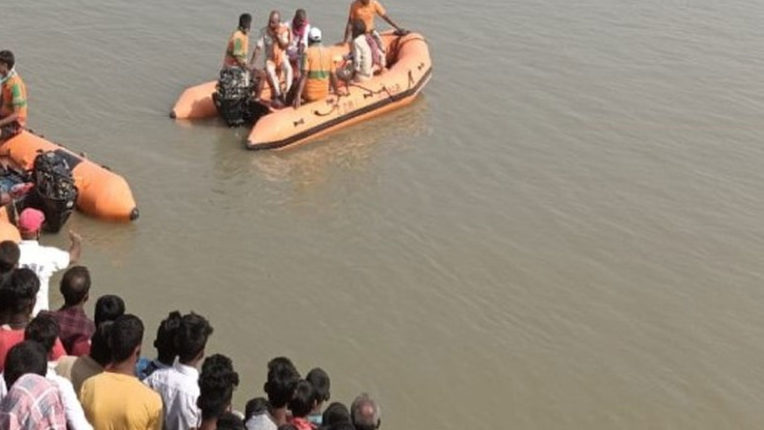 However, while a 40-year-old woman got killed due to drowning, other passengers were afraid of being drowned which resulted in chaos. The overweight boat flipped in Ganga River, Darshan Manjhi ghat at Teen Tanga village, which comes under the jurisdiction of Gopalpur Police Station, Bhagalpur.

Naugacchia SHO, Kunal Anand stated that the deceased woman, aged 40-year-old was identified as Sunaina Devi. Later, the police gave the information that the deceased was a native of Tintanga village. After the post-mortem, the body was handed over to the family. It was also announced that Rs. 4 lakh will be reimbursed for a loss of life, in order to help her family.

Initially, while describing the unfortunate incident, District Magistrate Pranav Kumar said, “The agricultural laborers were trying to cross the Ganga River through the boat to reach their fields, thus, due to the boat was overweight and the pressure got applied on one side which made the boat flip.”

As far as other passengers are concerned, some of them tried to save themselves while jumping in the water. However, others were drowning in the river. SHO added the missing includes passengers included four women and a child. “They were spotted boarding the boat as locals stated. They feared drowned. We cannot say much until we are able to find the bodies of the individuals.”

After investigation, it was found the boat owner didn’t have any license and was loading the passengers. While commenting upon the rest of the passengers, he added around 17 women, men and children have been transported to the Gopalpur facility for their treatment. Additionally, five have been sent home after the treatment of a minor injury after keeping them under observation for hours, he added.

Sub-Divisional Police Officer (SDPO) of Naugacchia stated the original capacity of the boat is carrying 150 people at a time. The boat was carrying around 50-60 people which is less than the capacity. But the boat was loaded with fertilizers, farming iron tools, and other agricultural items. He further stated, “The boat got overloaded due to the weight of these items which resulted in havoc.” The SDPO commented that the boat was pushed to the banks of Ganga River by the locals as soon as one side was immersed in the water and got flipped.

Unfortunately, around seven passengers have been missing and the police are trying their best to rescue them safely before it is too late. District Magistrate of Bhagalpur, Parveen Kumar said, “The government administration is trying to rescue the missing.” Considering the sensitivity of the issue, State Disaster Response Force (SDRF) was called to search for the seven missing passengers. As the collective strength of police officials and SDRF will be functioning, we can expect the status of other passengers as well.