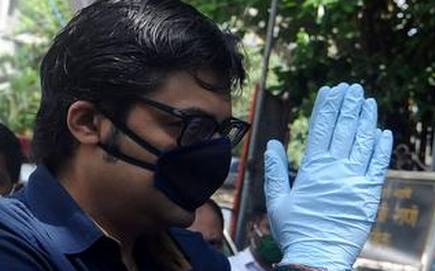 Arnab Goswami was granted bail on Wednesday along with two others. Goswami was arrested on November 4 in relation to a suicide case dated May 2018. The Supreme Court directed the accused not to make any attempt to tamper with the evidence or influence the witnesses regarding the case. They told each of them to execute a personal bond of Rs 50,000 for their release.

The Supreme Court expressed concerns over the state governments targeting individuals on the basis of ideology and opinions and their failure of the high court which forced the individuals to appeal the top court for relief. The court held that the Bombay HC made an error in rejecting the application for grant interim bail.

According to the judge, Goswami cannot be punished or treated inhumanly merely because of his style of presenting news which does not suit the Maharashtrian government. 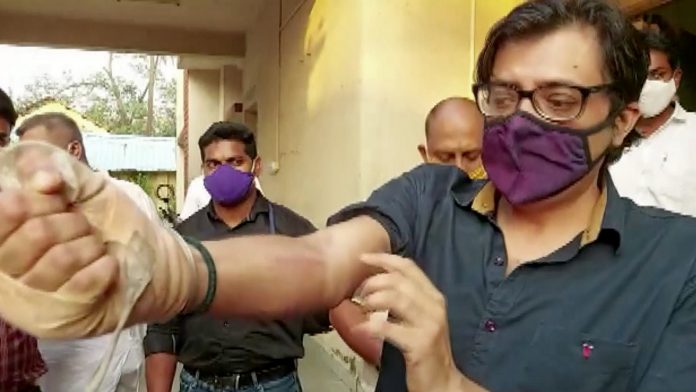 After a week in judicial custody, journalist Arnab Goswami was released and hit out at Uddhav Thackeray for arresting him on a fake case and challenged him. Goswami also singled out Mumbai police commissioner Param Bir Singh for his arrest. “ The game has just begun” he added and announced that he will launch Republic TV in every language and work on its presence in International Media.

He also thanked the court for granting him interim bail and spoke a few words in Marathi, finishing his speech with the ‘Jai Maharastra’ slogan.

Goswami alleged that he was pushed and abused by the police while being shifted to the jail, and was interrogated four times while in custody. This raised pity in several netizens and his arrest was not well-received as several ministers, journalists, and people questioned his arrest and termed it as something against freedom of expression and speech.

The Anvay Naik case which Arnab was arrested on found that Concorde Naik’s company was already battling financial distress a few years before his death and have also come in contact with the tax authorities regarding several disputes. 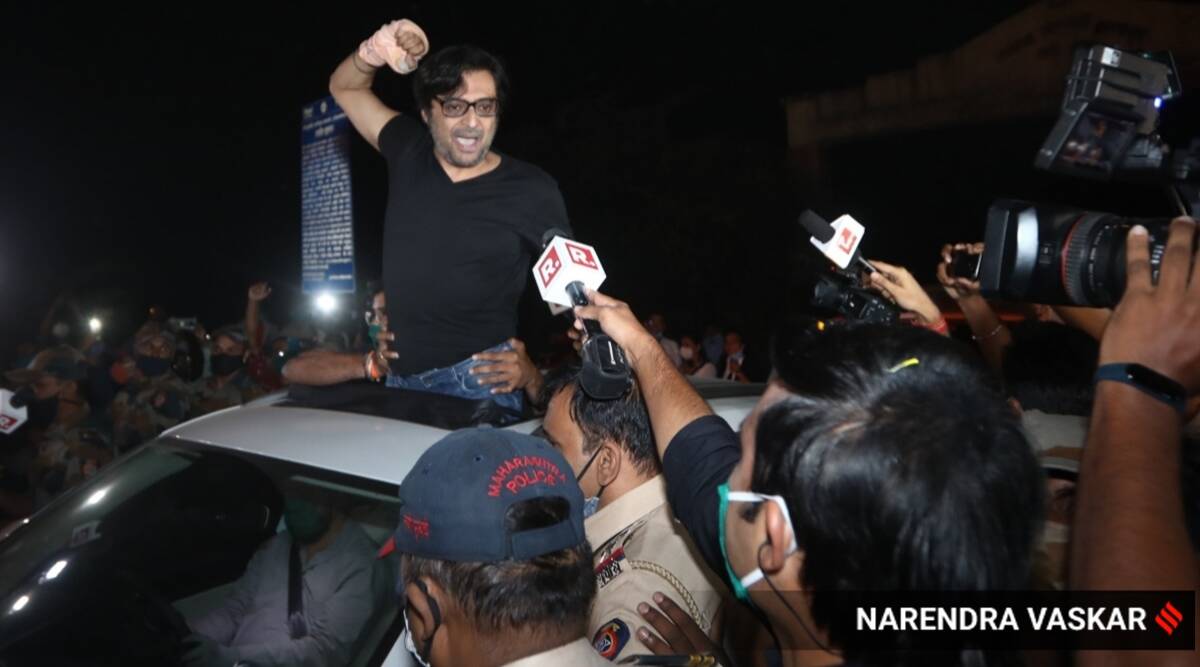 After Arnab was released from Taloja jail, he was received with tremendous love and support from the public, netizens on Twitter called his release a ‘victory for India’ and a historic event in our nation.

The division bench of the Supreme Court comprising justices DY Chandrachud and Indira Banerjee granted him interim bail which led to Arnab’s triumph in this case.

Arnab has been critical towards the Maharashtrian government and Mumbai police, he has also been critical of the Maha Vikas Aghadi government in the Palghar lynching case, his name in the bad books of the government is consequent. This arrest could be termed as an alleged witch-hunt focused at Arnab Goswami and Republic TV.