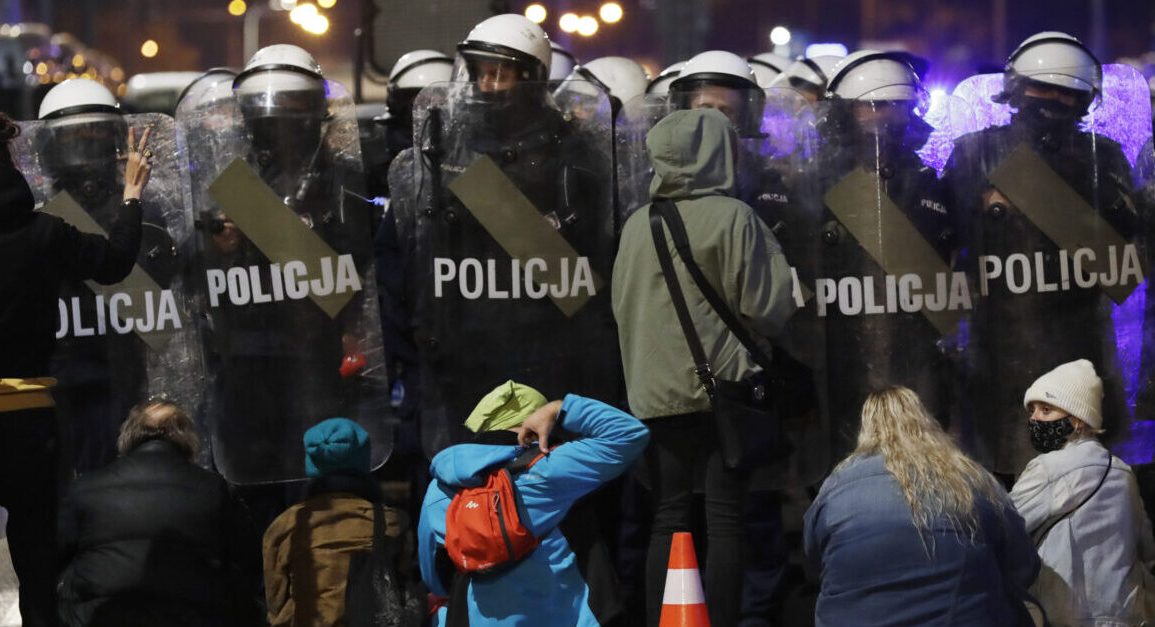 A police cordon guards the house of Poland's ruling conservative party leader Jaroslaw Kaczynski against a crowd protesting a decision by the Constitutional Court, in Warsaw, Poland, on Friday, Oct. 23, 2020. Poland’s top court ruled Thursday that a law allowing abortion of fetuses with congenital defects is unconstitutional, shutting a major loophole in the predominantly Catholic country's abortion laws that are among the strictest in Europe. Defying the pandemic-related ban on gatherings, the protesters chanted for the government to resign. (AP Photo/Czarek Sokolowski)

The country of Poland celebrated its independence day on November 11, every year. The Independence Day march went ahead in full flow despite the ban in the rise of cases due to the pandemic. Many participants of the parade turned up in cars and on motorbikes to observe social distancing but a few thousand of them marched on food, holding up downtown traffic.

The riots then began when it was joined by an alleged aggressive far-right crowd, who caused injuries and allegedly set an apartment on fire. Some threw firecrackers, stones and bottles at police, injuring 35 riot police, in which three remain hospitalised. So far, only 36 people have been arrested said the spokesperson of Warsaw police department Sylwester Marczak.

The organisers are bound to face criminal charges, as the authorities had banned a gathering of more than five people which is intended to stop the accelerating spread of coronavirus in Poland. The Independence Day marches have often led with clashes with left-wing groups and the police.

It is a time of change in Poland where hundreds of people have been holding daily nationwide protests against the absurd abortion laws last month. In a Christian majority country like Poland, the citizens have also been demanding more rights for the LGBT people and want the government to resign immediately.

The Independence day of Poland is marked to celebrate when Josef Pilsudski took command of Polis Troops in Warsaw and declared independence in 1918. In previous years there have been clashes with the police and protestors carried red flares, as well as racist or Nazi symbols which are banned in Poland. 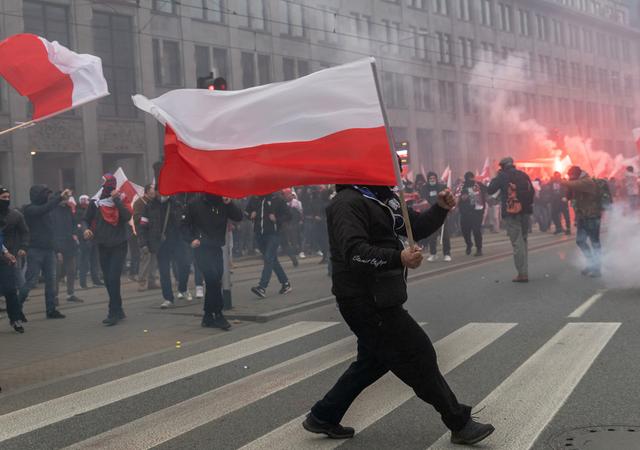 Participants of many who did not wear masks waved the Polish flag and chanted ‘God, honour and homeland’ proudly, this years demonstration was organised under the motto “Our civilisation, our rules” and its advertising poster portrayed a knight breaking a red and rainbow coloured star, a reference to communism and the LGBT community.

Poles in the past few weeks have been marching against the tightening of abortion laws, thousands of demonstrators walked through warsaw carrying black umbrellas and banners which support. It was one of the largest protests in the country following a constitutional ruling on October 22 which outlaws abortion because of fetal defects.