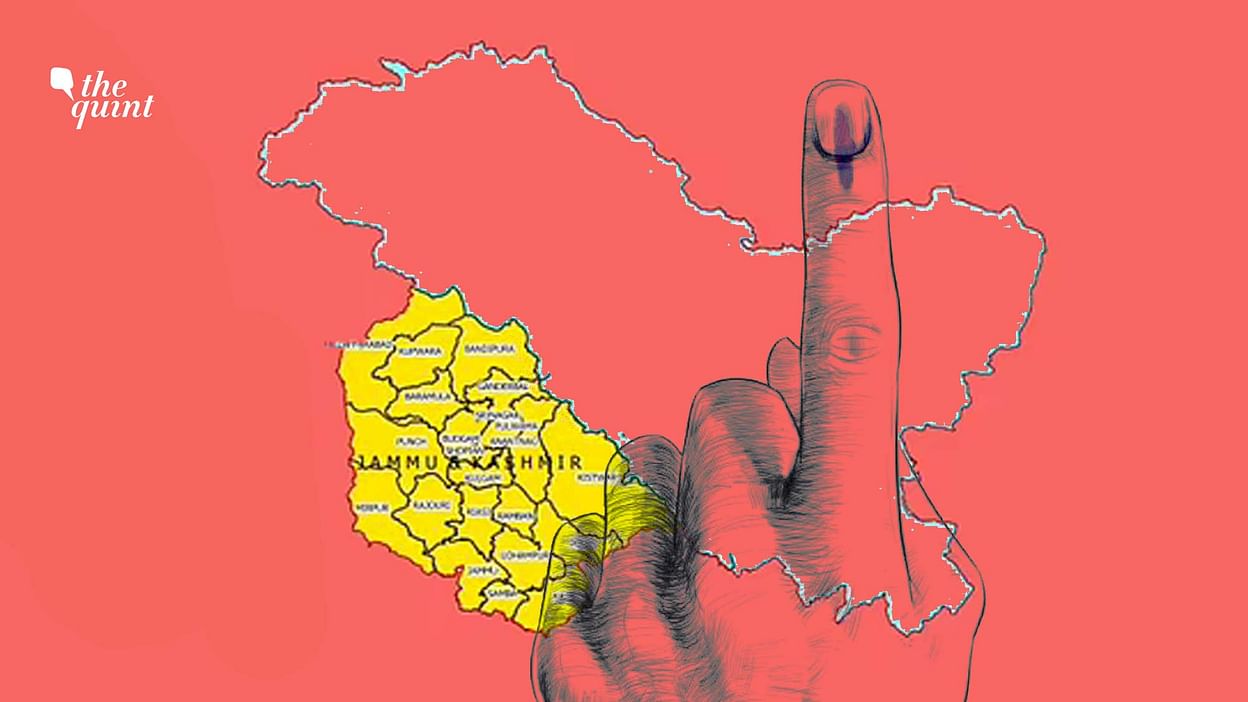 On October 31, 2019, Jammu and Kashmir took the Union Territory title of India. When we say J&K, we are talking about two states, whereas J&K has three divisions: Jammu, Kashmir valleys, and Ladakh subdivided into 22 districts.

Jammu and Kashmir, a so-called disputed land, held its first regional body election as a Union Territory. After the aggravation of section 370, which gave some special rights and privileges to the state.

The state was not obliged to follow part 9 of the Indian constitution, reflecting the state’s idea to process control and ownership; however, they will be accountable to the central government.

J&K held its first election as a UT. There were 8 phases of the DDC election. The state allots 2,146+ polling booths. However, The voting (which differs in every phase) would be concluded by December 19, 2020. Results are expected by December 22, 2020.

The administration had to airlift some of the polling staff and material from some places because roads were inaccessible due to heavy snowfall. Network signals were blocked, especially for sensitive areas of Kashmir.

Bhartiya Janta Party(BJP), People’s Democratic Party(PDP), including National Conference, led by Farooq Abdullah, are competed against each other in this DDC election. In contrast, KK Sharma is the State Election Commissioner for the DDC election.

In one of his interviews, Sharma said it is the first election after article 370. There is No doubt of security threat; However, to prevent any hostility, 169 companies of central forces would be active near polling stations, including changing staff duties.

In the first phase, 1,475 candidates contested the DDC elections; The Shopian district leads the chart with the highest polling percentage at 29.34.

52% of voters vote till 2 pm; And claimed their fundamental right, which is proof of India’s democracy, which is briefly explained by the soul of democracy: government by the people, people, and people. Voting took place from 7 am to 2 pm.

The second phase of the DDC election took place on December 1, 2020. It included 280 DDC constituencies in J&K; 25 voters were voting in Kashmir, including 18 voters in Jammu.

In brief, Election commissioner Sharma said as many as 7.90 lakh citizens are eligible for voting in the second phase of the election. Besides, he said 142 polling stations had been set up across the union territory.

The third phase of the DDC election took place on December 4, 2020. Kashmir’s Kulgam district recorded the highest polling percentage of 64.45 in the Valley. At the same time, north Kashmir received the least percentage of votes compared to other polling stations.

Overall polling was 50.3% in the third phase. The third phase of the election did not go very peacefully compared to the other phases; An incident of violence was witnessed during the polls. A Jammu and Kashmir Apni Party (JKAP) candidate got injured when a fierce shot him while he was on duty in south Kashmir’s Anantnag district. Besides all, the security fate of the Kashmir election was cured by a security threat.

The fourth phase of the DDC election took place on December 7, 2020. The citizens were voting for 34 DDC seats, 17 each in Kashmir, including the Jammu division. The polling percentage was less at voting stations in the Valley due to extreme cold conditions.

The overall percentage of counted votes turned out to be 26% in the fourth phase of the DDC election; one reason behind less polling is the cold weather.

Citizens voted for 17 seats in the Kashmir division and 19 seats in the Jammu division. In the Jammu and Kashmir DDC elections, around 299 candidates got their nominations. Over eight lakh citizens are eligible for polling.

For the 5th phase, there were 125 sarpanch vacancies, out of which 30 have been elected unopposed. For peaceful polling, BSF and Kashmir police were deployed. Around 2,104 polling stations are set up for the fifth phase of the District Development Council (DDC) elections.

Out of which 1,193 polling stations are identified as hypersensitive, and 472 sensitive including 439 standard zones. For the 472 discreet polling booth, extra security was deployed.

The sixth phase of the DDC election took place on 13th December 2020.
Citizens polled for 14 seats in Kashmir and 17 in Jammu. The polling recorded was 51.5 percent. The voting pattern was similar to the previous five phases.
The turnout in other parts of Kashmir was moderate, making up for low turnout in south Kashmir districts and high turnout in Jammu percentage’s overall polling.

Last but not least eighth and final phase of the DDC election took place on 19th December 2020.
The final polls recorded nearly 41% voter turnout till 1 pm across 28 constituencies; Whereas over 18 districts of Jammu and Kashmir.
The polling went calmly across the Union Territory.
There was no hostile incident reported from anywhere. In Jammu, Poonch district recorded the highest voter turnout of 70.09%, and Shopian district in south Kashmir registering the lowest at 6.42% till 1 pm, the officials said.

The ministry of health took care of COVID precautions. The voters followed physical distancing while polling.
Voting ballots were sanitized after every use; The voters needed to wear a mask and carry a hand sanitizer bottle.

The temperature was checks of all the election officers on duty.

In the third phase of the DDC election, a militant attacked a candidate. He was on duty in south Kashmir’s Anantnag district. As soon as the Jammu and Kashmir election was declared, PDP’s chief paid a visit to his party members. In contrast, many organizations started to protest against the former Jammu and Kashmir’s Chief Minister over her recent controversial remarks on the national flag. Protestors marched to the airport with a black flag to support their protest.

People’s Alliance Party made a big victory in the first elections of the Union Territory of J&k. The alliance won 110 seats, whereas the BJP emerged as the single largest party by 75 seats after securing the union territory’s largest vote share.

Out of the 278 seats for which KK Sharma results have been declared, besides the PAGD and the BJP. 50 Independent candidates won, including 26 congresses Congress candidates, 12 Apni Party candidates, PDF, and the National Panthers Party two and the BSP one. The results of two constituencies, each in Bandipora and Kupwara districts of north Kashmir.

The poll results reflect that the BJP has gained control over at least six District Development Councils in Jammu and zero in Kashmir. The People’s Alliance has a majority in nine DDCs constituencies. As there is no clear-cut majority in the five councils, the independent candidates are likely to play emperors’ role.

In brief, our UT had its first election, and all the citizens of Jammu and Kashmir celebrated the election and spirit of democracy.