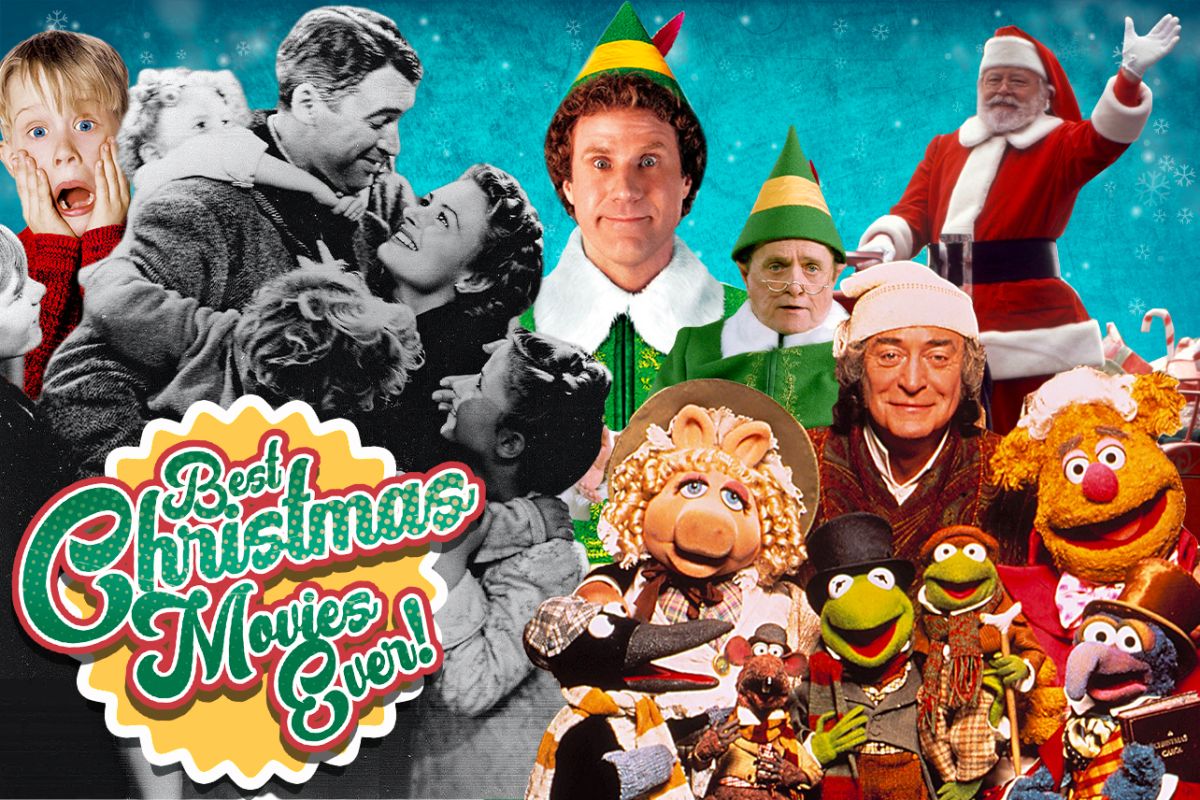 10 Classic Holiday Movies to Watch with Kids and Family

25th December, Lord Christ was born. On the fourth Friday of this holy month, December, we celebrate Christmas. However, this year, the celebration will not be the same due to the pandemic. But who said we couldn’t celebrate? So, here go 20 movies you can watch to wind up your Christmas vibes. A lot of people will be celebrating Christmas with their families this year.

Old classic Christmas movies you can watch with your family:

It is a legendary movie to watch on Christmas. The magic of the Elf never fades away. The film was released in 2003 and is still considered the most classic Christmas movie to date. The movie’s plot suggests Buddy starred by Will Ferrell, was accidentally transported to the North Pole as a tot and was raised to adulthood among Santa’s elves. Unable to shake the feeling of belongingness, the adult Buddy travels to New York, searching for his birth father in full elf uniform. As it happens, this is Walter Hobbs, starred by James was a businessman.

Whereas After a DNA test proves this, Walter reluctantly attempts to start a relationship with the childlike Buddy with increasingly chaotic results. The movie is a perfect mixture of comedy and emotions, which is mostly loved by all.

Jon Favreau directed the movie, whereas Jon Berg and the team produced it. Also, The Elf is available on Netflix.

Deck the Hall is also an old classic Christmas comedy film to watch with your family on Christmas eve. The movie was released in 2006. The movie’s plot suggests that Steve starred Matthew Broderick, suburban’s dad and Christmas enthusiast. He finds a rumpled wrinkle in his well-ordered existence with the arrival of his new neighbor Danny starred by Danny DeVito.

Danny has always fantasized and made plans to floodlight his house with enough festive lights to make it visible from space. Not to be outdone, Steve declares a war of one-upmanship with Danny that browbeat to drag the festive spirit through the slush. John Whitesell directed the movie. Also, the movie is available on Amazon Prime Videos.

3.Jingle All The Way:

Jingle All The Way is an old classic Christmas comedy movie. The movie was released in 1996. The movie’s plot suggests Workaholic Howard Langston starred by Arnold Schwarzenegger, wants to make things up to his son, Jamie, starred by Jake Lloyd, and his wife, Liz, starred by Rita Wilson.

He promises to get Jamie the unique toy of the season, Turbo-Man; However, it’s Christmas Eve, and the toy is practically out of stock. As Langston struggles to find the elusive gift, he runs into mailman Myron, starred by Sinbad.Another father on the same quest. Langston’s ethical values were tested with the clock winding down as he starts to learn the real meaning of Christmas. The movie teaches us that Christmas is not about price tags and gift wraps; besides, we make an effort to keep others happy.

Brian Levant directed the movie. Also, The film is available on Dysine+hoststar.

Miracle on 34th street is an old classic Christmas comedy film. The movie was released in 1994. The movie’s plot suggests an older adult going by Kris Kringle’s name, starred by Edmund Gwenn, fills in for an inebriate Santa in Macy’s annual Thanksgiving parade.

Kringle claims to be such a hit that he soon appears regularly at the chain’s main store in midtown Manhattan when Kringle reveals his truth to the customers and employees by claiming that he is Santa Claus. He ends up in a court case to determine his mental health and, more importantly, his authenticity.

George Seaton directed the movie. Also, The film is available on Disney+hotstar. As we all know, children are much more fascinated by the festive vibe than any adults, and this year, they might be having a low Christmas spirit. But, don’t worry, here are some Christmas movies to watch with your children and keep their Christmas spirit high:

Klaus is a Spanish animated Christmas film. The movie was released in 2019. The movie’s plot narrates a story about a letter carrier, Jasper, voiced by Jason Schwartzman. Who proves to be the worst postman at the academy, he was posted to a town in the North where he finds out Santa Claus is hiding,

The movie also reflects that a simple act of kindness always sparks another, even in a frozen, dead place. When Smeerensburg’s new postman, Jesper, becomes a friend of toymaker Klaus. At the same time, Their gifts melt an age-old feud and deliver a sleigh full of holiday traditions. Sergio Pablos directed the movie. Also, The film is available on Netflix.

The Grinch is an animated Christmas comedy film. The movie was released in 2018. The movie’s plot suggests that The Grinch and his loyal dog, Max, live isolated ins a cave on Mount Crumpet. His primary source of discomfort comes during Christmas.

When His neighbors in Whoville celebrate Christmas eve with high festive spirits. 2018’s Christmas Whoville decide to make Christmas bigger and bright. The aggregated Grinch realizes there is one way to restore his peace. Grinch made a plan, including Max. The Grinch weaves a scheme to pose as Santa Claus. he steals Christmas and silences the Whos’ holiday cheer once and for all. Yarrow Cheney and Scoot Mosier directed the movie. Also, The film is available on Netflix.

The Star is an aminated Christmas comedy film. The movie was released in 2017. The story’s plot revolves around A small but brave donkey named Bo. Who used to work hard at the village mill. One day, he finds the courage to fight for his freedom and to lead his life on the adventure of his dreams.

On his journey, he was accompanied by Ruth, a lonely sheep who has lost her flock, and Dave, a dove who has given up hope and aspirations. Including three camels and some eccentric stable animals. Bo and his new friends follow the brightest Star and become accidental heroes in the most incredible story ever told: the First Christmas.

Timothy Reckart directed the movie. Also, The film is available on Youtube.

Arthur Christmas is an animated Christmas comedy movie. The movie was released in 2011. The plot of the movie suggests. Everyone knows that every Christmas, Santa Claus delivers presents to every last child on the planet. Everyone knows that Santa completes the feat with a unique high-tech technology beneath the North Pole.

However, when something goes wrong, and Santa misses one child out of hundreds of millions, someone has to save the day. Arthur is on his way to save the day, voiced by James McAvoy. Santa’s youngest son, to deliver a present to the forgotten tyke before Christmas morning dawns.

Sarah Smith directed the movie. Also, the film is available on Youtube.

The Polar Express is an animated Christmas film. the movie was released in 2004. The movie’s plot suggests a doubting young boy takes an extraordinary train ride to the North Pole. He embarks on a self-discovery journey that shows him that the wonder of life never fades for those who believe. Robert Zemeckis directed the movie. Also, the movie is available on Netflix.

The Grinch is an animated Christmas comedy movie. The movie was released in 2000. The movie’s plot suggests the green Grinch starred by Jim Carrey, decides to ruin Christmas for the joyful citizens of Whoville. Joined by his hapless dog, Max.

The Grinch comes down from his hilltop home and sneaks into town to swipe every festival-related thing From the Whos. However, the bitter grump finds out about his plans when he encounters Cindy Lou, Who is starred by Taylor Momsen. Ron Howard directed the movie. Also, the movie is available on Netflix. The above-mentioned movies are the legendary Christmas movies to make your Christmas even merrier.
Keep track of the jingle bells Santa must be coming around riding on this slate. Merry Christmas.