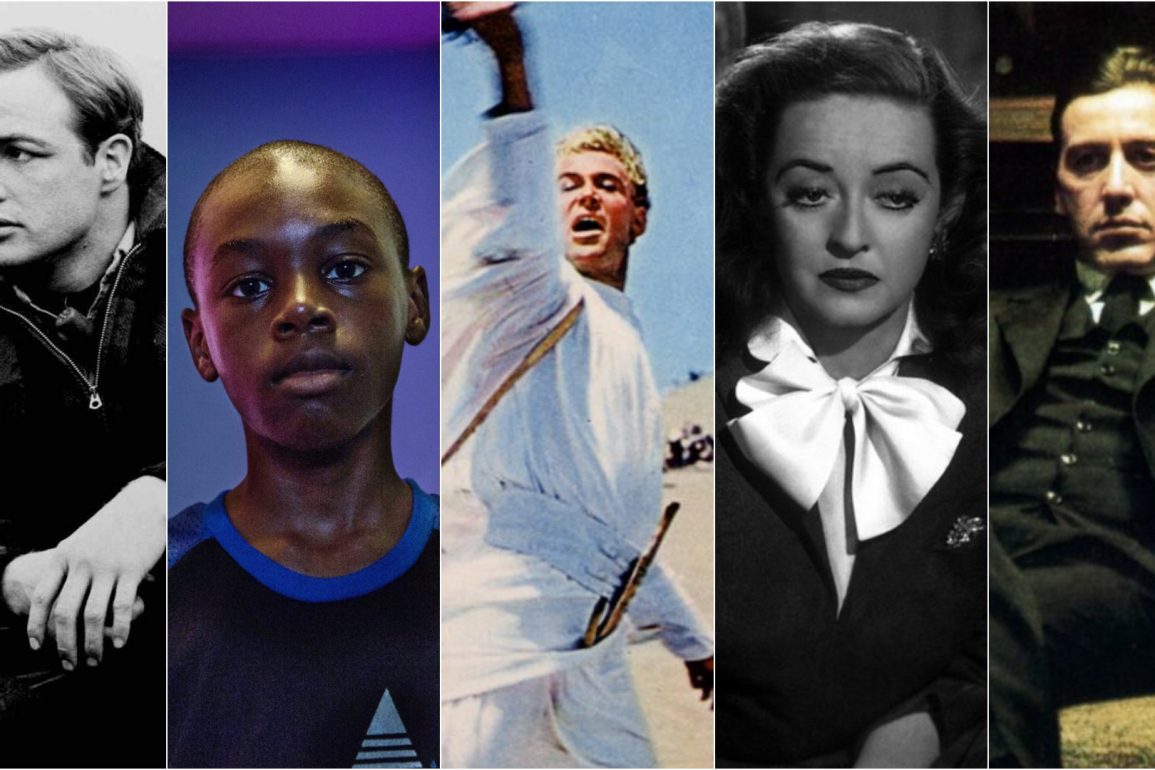 Movies and Show That Will Change your Life’s Perspective

We live in an era of influencers and role models. However, the meaning of such words has been manipulated. Influencers sell products nowadays rather than changing lives. They influence people to believe in all the glitters that are far away from the original gold. However, some creators still  believe in community service, meanwhile making a profit out of it.

So, here go movies and shows that will change your life perspective.

Sherlock Holmes is a British T.V. series. with 13 episodes per season. It started in 2010 and was concluded in 2017. The show’s plot suggests A modernized Sherlock Holmes adaptations based on novels by Sir Arthur Conan Doyle. John Watson starred Martin Freeman. Watson is an army doctor who is wounded in Afghanistan. Dr. returns to London and starts looking for a place to stay.

His search for a place to start his new life in London leads him to share a flat with Sherlock Holmes, starred by Benedict Cumberbatch.  Sherlock is a brilliant but unconventional private detective. Together Sherlock and Watson solve murder mysteries. They also have to compete with Sherlock’s nemesis, the criminal genius Jim Moriarty.

The series is a proper mixture of suppressed emotions and knowledge. Sherlock is gifted with excellent observation skills, but he is a sociopath and a narcissist. Whereas, in the third season of Sherlock Holmes; The second episode is named “the sign of three.” The episode witnessed some vulnerable moments of Sherlock. He was John’s best man at his wedding.

Moonlight is a 2016 American Drama film. The plot of the movie revolves around a boy who belongs to the LGBTQ community. The story follows three time periods of black-American Chiron’s life: young adolescents, mid-teen and young adults.   Chiron is starred by Trevante Nemour, who lives with his single, crack addict mother, Paula, starred by Naomie Melanie Harris, in Miami.

Chiron is a ,shy, withdrawn child due to his small size and being neglected by his addicted mother. Because of these issues, Chiron is bullied. He doesn’t understand anything other than knowing that they are meant to be hurtful. Besides his same aged Cuban-American friend Kevin, Chiron is given little guidance by a drug dealer named Juan starred by Mahershala Ali. Juan and his girlfriend, Teresa, starred Janelle Monáe feels that he is a troubled kid. At the same time, Teresa’s dwelling acts as an escape for Chiron from his daily problems.

Whereas, with this childhood as a foundation, Chiron may face a rocky road in life. As he steps into his difficult teen years, he was exploited by his peers, unless he followed Juan’s advice of truly making his own decisions for himself.

The movie shows the adverse effects of childhood trauma and drug abuse. Also, the film includes the issue of homophobia and its impact on a person’s life. Barry Jenkins directed the movie. Moonlight won two Oscars in 2017.  Also, The movie is available on Amazon prime video.

3 – The Pursuit Of Happiness

The Pursuit Of Happiness 2006  is a biographical film. The movie’s plot revolves around a single father’s life struggles named Chris Gardner, starred by Will Smith. Evicted from his apartment, he and his young son, starred by Jaden Christopher Syre Smith; Find themselves all alone with nowhere to go.

Although Chris eventually lands a job as an intern at a prestigious brokerage firm; However, the job doesn’t pay off. The pair lived in shelters and endured many hardships, but Chris refuses to give up as he struggles to have a better life for himself and his son. It is still considered one of the most inspiring movies ever made. The movie reflects the virtue of working hard irrespective of the situation. 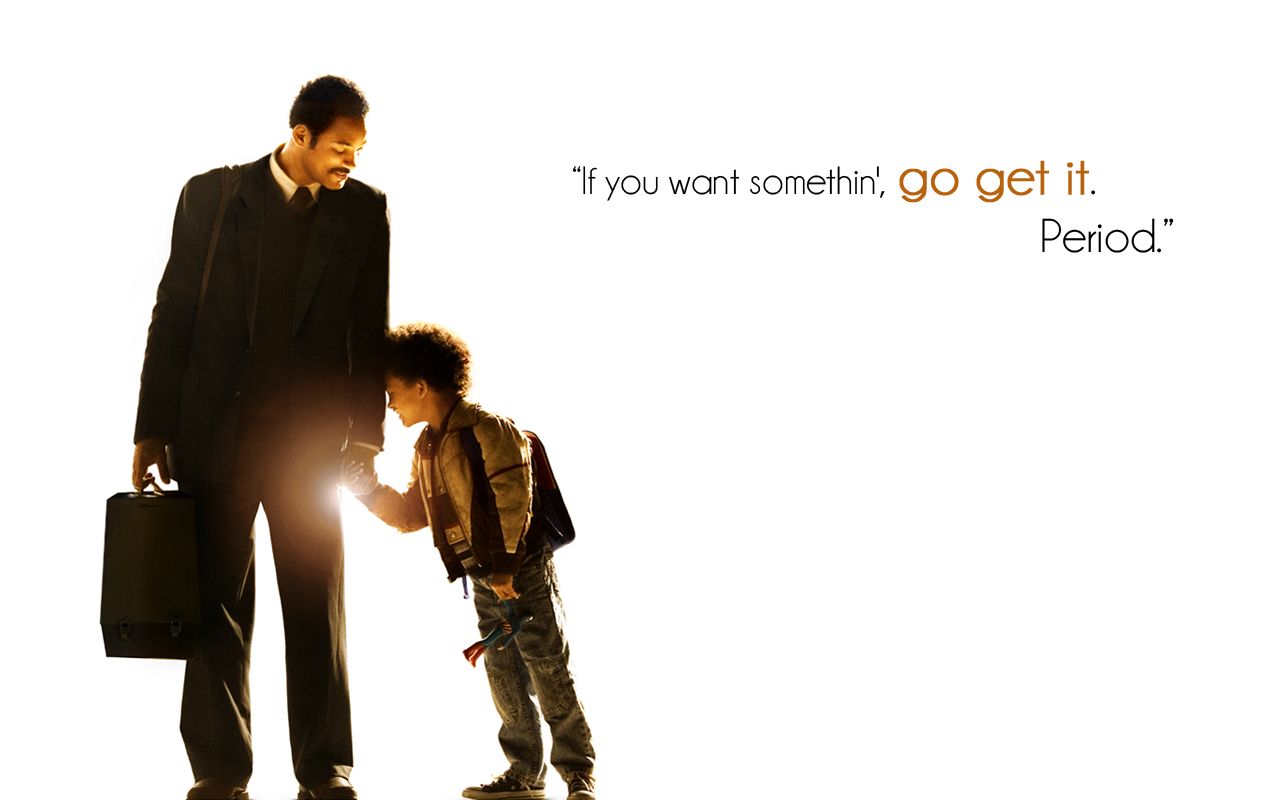 The movie was nominated for The Oscars in 2007. Gabriele Muccino directed the film. Also, The movie is available on Amazon Prime Video.

Shutter Island is a 2010 American psychological thriller movie. The plot of the movie narrates The implausible escape of a brilliant murderess. Two protagonists, U.S. Marshal Teddy Dani,els starred by Leonardo DiCaprio, and his new partner, starred by Mark Ruffalad. Teddy and his party have visited the Ashecliffe Hospital; That was a mental asylum located on a remote, dead island. 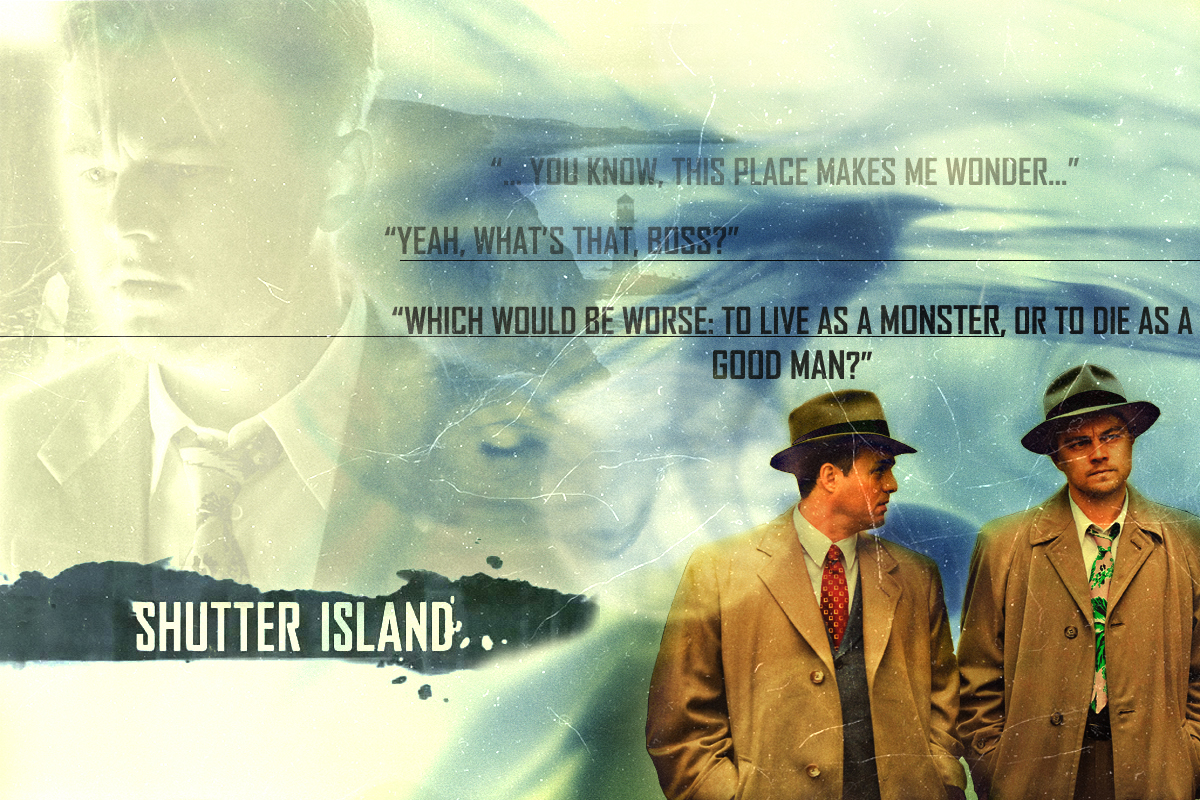 The woman is suspected of having disappeared from a locked room; As the investigation deepens, Teddy realizes he has to confront his dark fears if he hopes to make it off the island alive. The movie addresses the seriousness of mental disorders such as Delian, anxiety, etc. It also borders our thought process by delivering us a masterpiece.

Martin Charles Scorsese directed the movie. Also, the film is available on Netflix.

Imitation games is a 2014 historical drama movie. The movie’s plot takes us back to 1939, where the newly created British intelligence agency MI6 recruits Cambridge mathematics alumnus Alan Turing starred by Benedict Cumberbatch. Alan was hired to crack Nazi codes, including Enigma, which cryptanalysts had thought unbreakable. Turing’s team, including Joan Clarke, starred by Keira Knightley, analyzes Enigma messages while building a machine to decipher them. Turing and the team finally succeed and become heroes. 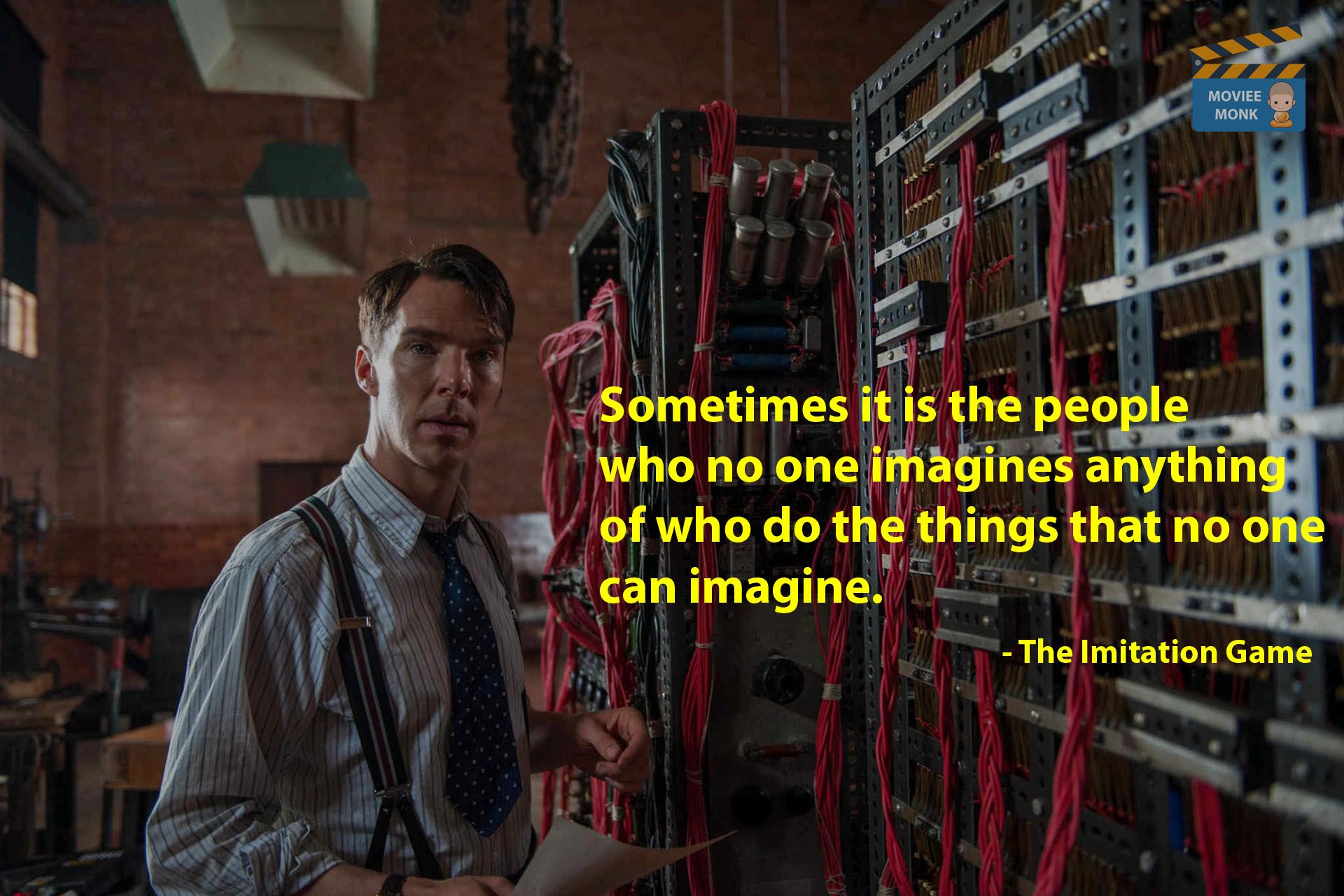 However, in 1952, the quiet genius encounters disgrace when authorities reveal he is gay and send him to prison. The movie addresses the issue of homophobia, which still prevails in the 21st century. The movie won four Oscar awards in 2015. Morten Tyldum directed the film. Also, The movie is available on Netflix.

Beautiful Boy is an American biographical drama movie. The movie was released in 2018. The movie’s plot revolves around a teenager. Nicolas Sheff, starred by Timothée Hal Chalamet, seems to have it all with good grades and being an actor, artist, athlete, and editor of the school newspaper. When Nic’s addiction to meth started to destroy him, his father, starred by Steve Carell, does whatever he can to save his son and family.

The movie addresses the seriousness of substance abuse and passes on a message “everyone deserves to be saved.” The movie reflects how substance abuse can ruin a whole family and the person’s peace of mind. Felix Van Groeningen directed the movie. Also, the film is Amazon Prime Video.

Green Book is an American biographical comedy-drama movie. The movie was released in 2018. The movie’s plot revolves around a doctor starred by Mahershala Ali. Named Dr. Don Shirley is a world-class African-American pianist. Don is about to embark on a concert tour in the Deep South in 1962. He needed a driver and protection; So, he recruits Tony Lip starred by Viggo Mortensen.

Tony is a tough-talking bouncer from an Italian-American neighborhood in the Bronx. Despite their differences, the men soon develop an unexpected bond while confronting racism and danger in an era of segregation. The film talks about racism that is still prevalent in our society. The movie was even more appreciated during the “Black Lives Matter” protest. The film won four Oscars in 2019. Peter Farrelly directed the movie.

Dead Poet’s Society is a 1989 American teen drama film. The plot of the story revolves around an English teacher, John Keating, starred by Robin Williams.  He is introduced to all-boys of the preparatory school. The school is known for its ancient traditions and high standards.

He uses ancient methods to reach out to his students, who face enormous pressures from their parents and the school. With Keating’s help, the students Neil Perry starred Robert Sean Leonard, including Todd Anderson starred by Ethan Hawke, and others learn to break out of their shells, pursue their dreams and seize the day.

The movie was the first to address the issue of parental pressure; It spread awareness that pursuing our dreams is not a sin. Peter Weir directed the movie. Also, the movie is available on Dysnie+hotstar. 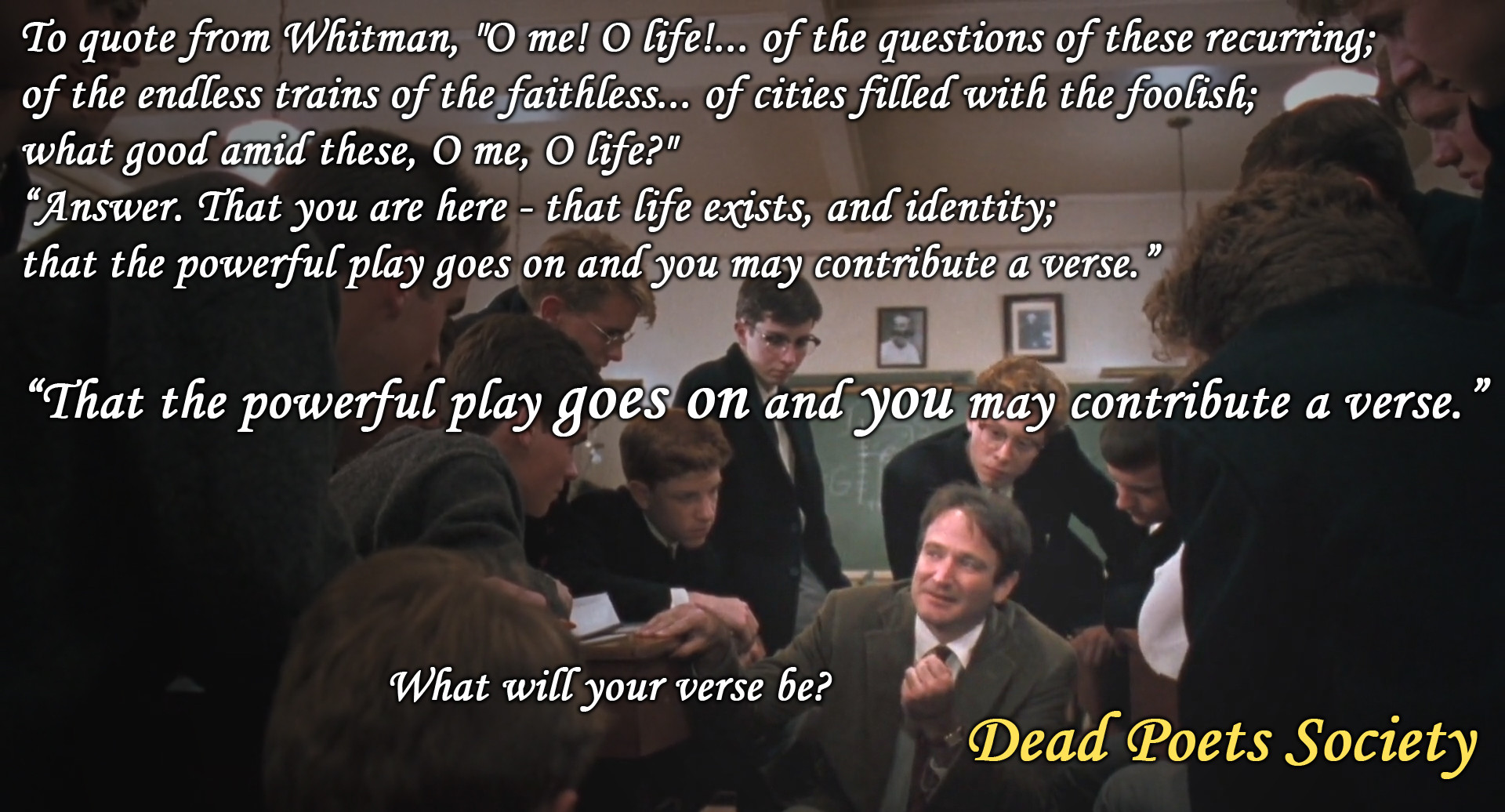