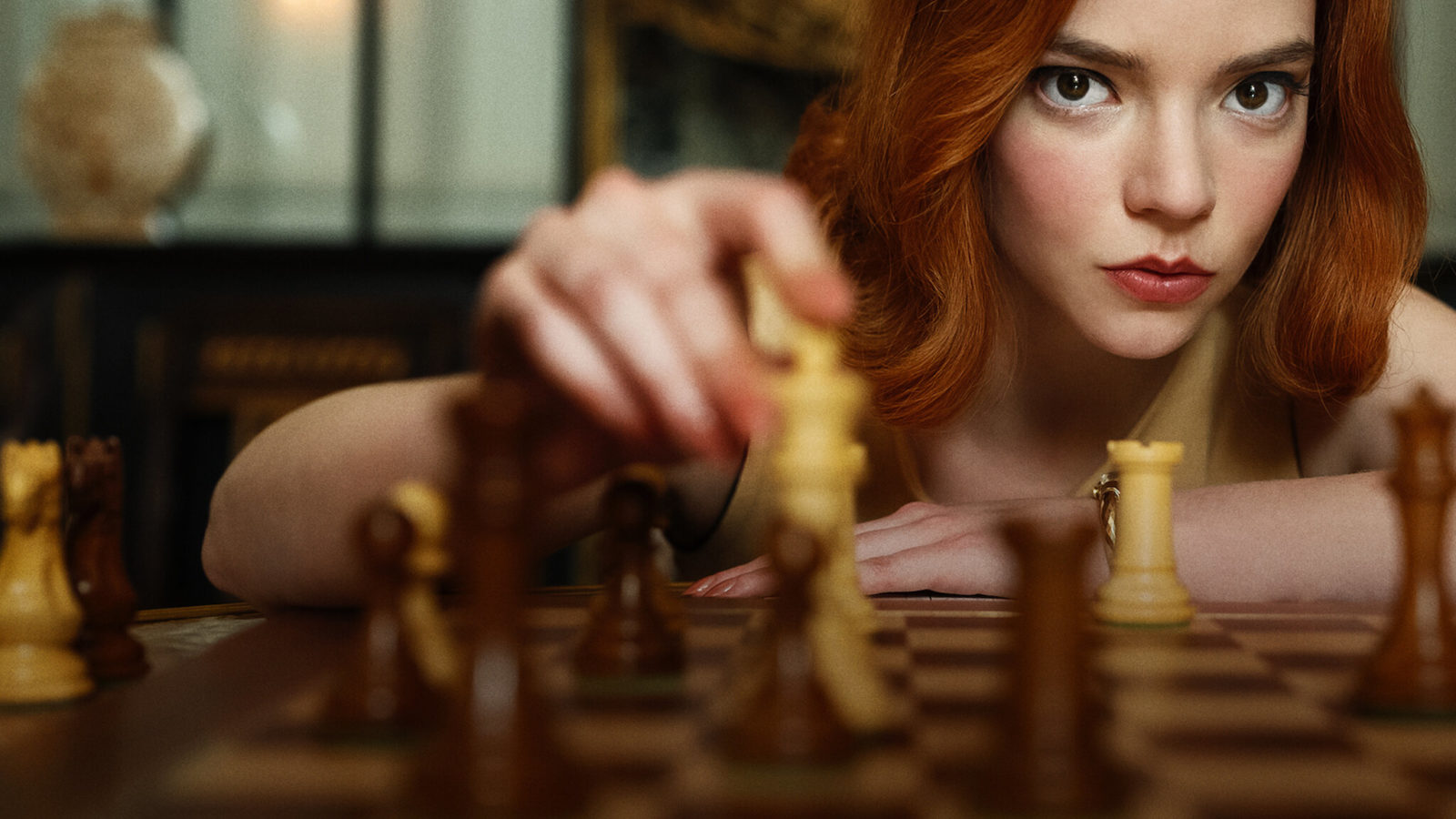 The Netflix one-hit-wonder show, which has taken everyone by their feet was premiered on October 23 and was based on the Novel called Queen’s Gambit by Walter Tevis. The series, since its release of episodes on the platform, has grown popular, with 62 million households viewing it, making it the first Netflix’s biggest limited scripted series to date. It is so popular that even Barack Obama gave it a lot of praising and it is one of his favorites to watch

Warning this post contains spoilers for the show Queen’s Gambit.

It didn’t take long for it to be a people’s favorite, and if you are wondering what it contains that it made people like it so much that they all have their hearts engrossed in the show is… chess. The show is entirely based on the ancient game chess where a small-town orphan learns the game from the janitor and makes her way into becoming the next big chess player in the world.

The credit also goes to the main star of the show Anya Taylor-Jay who has won the hearts of 62 million households viewing this show in the first 28 days of its release. Jay stars as Beth Harmon in the hit series which is an orphan who was taught how to play chess by the orphanage janitor; while also dealing with an addiction to pills, she turns out to beat all the odds and be the next best chess player while showing off her sense of style and interest in other things.

Harmon proves to be a powerful player winning all her games and beating everyone she plays as she makes her way in the men dominated sport, but she has one big challenge waiting for her, and that is the Russian world champion Vasily Borgov. The show contains the typical American vs. Russian agenda, as they made her biggest competitor Russian. 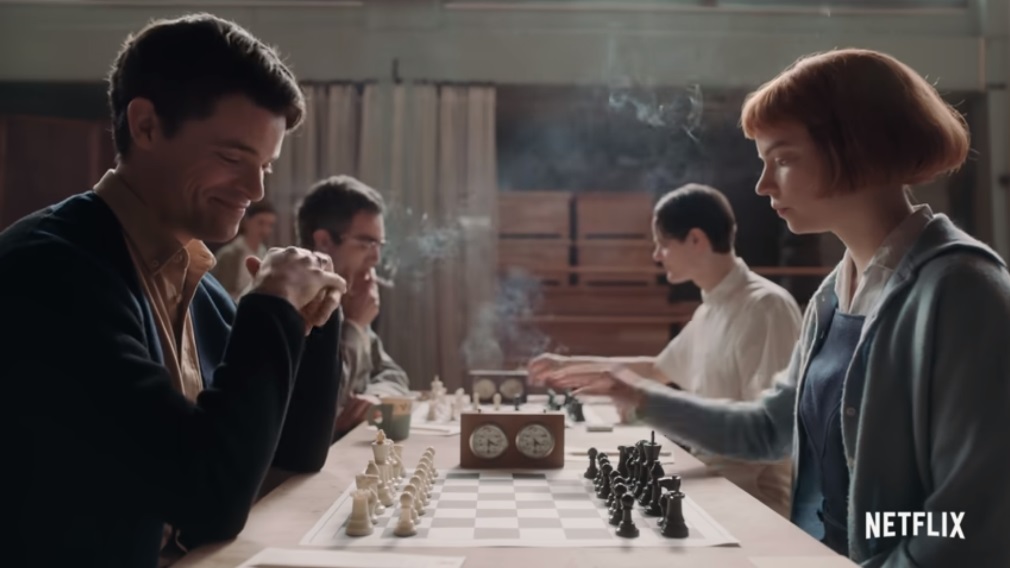 The show’s director and writer Scott Frank takes us into a world of chess, the moves, the history, the sequences, and the literature, which makes a normal non-chess player like you and me appreciate the so-called boring game more and more. The storytelling in the series is a big advantage as it uses tactical, strategic details of Harmon’s past, which is a sad mixture of addiction, abandonment, defeat, and loneliness, which she overcomes more and more as she grows older. Her growth is also a testament to her approach in chess, where she uses her disadvantages as an advantage to become a better player in the game.

The series contains a great plot and is thrilling with chess moves and such a satisfying ending that leaves everybody wanting for more. This brings us to the question of will there be another season of the Queen’s Gambit.

It was started as a limited series, but can we expect more?…

Netflix introduced Queen’s Gambit as a limited series, and if you watch the whole thing, it is very well… limited, I would say. But this was all before the show became a hit and won everybody’s hearts.  In November, Netflix released that this series was a huge win, and in the statement, it was reported that the show made top 10 in 92 countries and ranked in the number one position in 63 countries. There is no independent reporting for the ratings outside of Netflix, but the show is breaking records off-screen, too, as it is favored by many and is watched by nearly all of the people who own Netflix. So don’t think that this is just a show about chess because it is much more than that.

The Queen’s Gambit novel is also a mega-hit now 37 years after its release, it is now on the New York Times Best Seller list for the category of paperback trade fiction. In November, NPR also had reported that the sales for chess sets have also skyrocketed. The director of Marketing at Goliath Games said that sales for Chess in the month of October were up 178%, and after the release of the series, it is now up 1048%; nothing has been confirmed about the second season yet, but it will be something you cannot ignore and certainly something that Netflix cannot ignore after the major victory and how quick the show got famous after its release.

Netflix did decide to move on with the second season, but the show would not follow the book. As mentioned, the series is based on the 1983 novel by Walter Tevis with the same name. Walter Tevis was a chess player himself. The series diligently followed the book, and the series ends with Harmon defeating Borgov.

Since the series follows the book, it ends with a victory, but now the renewal of the series has to be hypothetical as they cannot adapt from the book anymore. It would have to be a new creation by itself, and this brings us some negative reaction from the crowd as usually one-hit great shows’ renewals never went great enough.

What does the cast think?

The show includes a stellar cast with great actors such as Thomas Brodie-Sangster as Benn Watts, Harry Melling as Harry Beltik, and many more.  The show’s executive producer William Hoberg said to Town and Country that the last scene ended on a beautiful note, and they want to leave the audience to imagine what comes next. Meanwhile, Anya said that she adores her role as a protagonist and will certainly come back if she was asked to.

What could be in store for Beth Harmon in season 2?

The show ends when Beth Harmon wins the World Championship of chess and is in a euphoric state. The social media users have given a lot of theories and would like to leave the show Queen’s Gambit how it was to the imagination of others; meanwhile, others are hoping for a return of the show. Many do not want it to become the chess version of the Rocky Balboa franchise, which was good as it was. 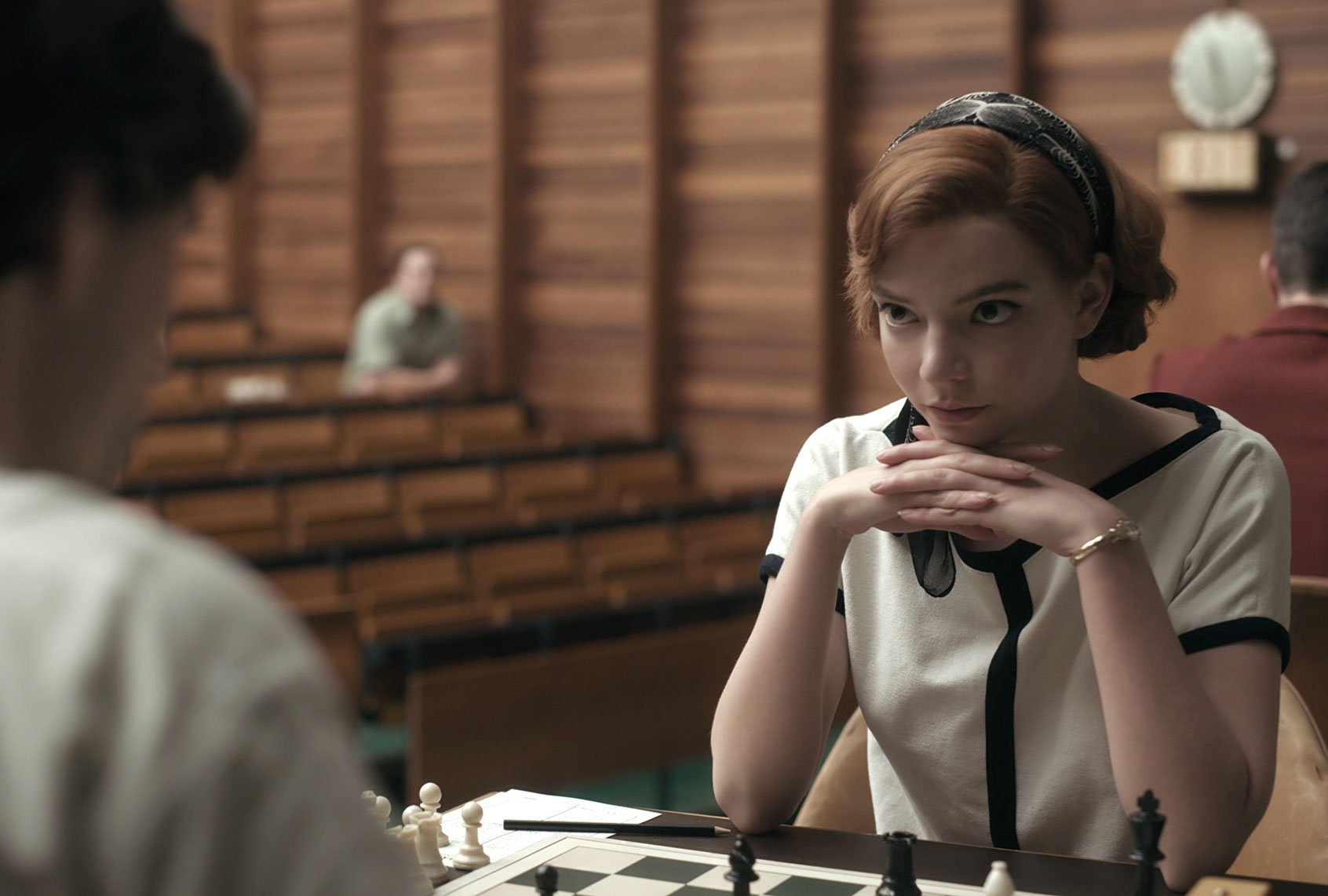 To start off, the Queen’s Gambit is a must-watch-show for people who love chess as a game and for people who love a good show to watch. The plot is exciting, thrilling, and keeps you wanting more that you do not put down your phones or your devices that you are watching it on. The ending of each episode and the great acting keeps you wanting for more and craving to know what happens next in the series.

The show is the perfect kind to watch when you have a free day and some snacks to accompany you with. It deals with the game of chess and what it is about, and the openings and terminology used in the game but is also simplified that it keeps you interested in the game and what it contains. It begins at an orphanage, where a young child is forced to deal with abandonment issues by her mother and gains the attention of people while learning the game. Harmon’s past is not easily released as it is revealed one by one what exactly happened in her life.

The show also deals with addiction, mental disorder, bisexuality, alcoholism, and motherhood, which are some other topics that are must-watch along with the main plot.

Anya Taylor-Jay plays Elizabeth Harmon effortlessly, which makes this show thrilling and interesting due to her acting and the way she portrays the character. She exhibits emotions, tugs on our heartstrings, and makes us wish we had the outfits and the flair she does.

Overall, The Queen’s Gambit, which is also an opening move in chess, the novel and the show is a must-watch, for all who are looking for a show on Netflix to watch, do not miss out or wait for the hype to die down because you might just regret not watching it earlier.