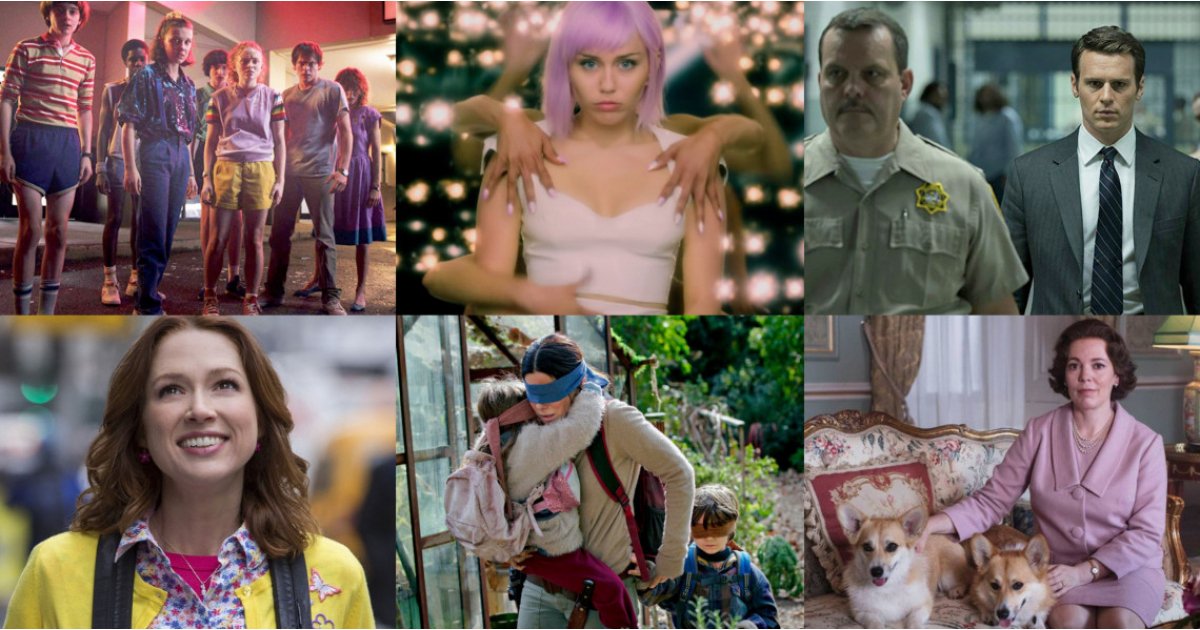 Netflix has a variety of series and films available on its platform. Netflix has many users which made it very popular in a very short period of time. It started branding its own logo on original films in 2015. Netflix’s primary goal to spread awareness about the recent situations happening all over the world. Netflix originals movies have great stories in all the categories available till now.

It attracts many viewers from all over the world. It has now become a great source to spend time in terms of entertainment.

Here’s a list of few movies released as Netflix originals.

1.All the Bright Places

It is an American romantic film for teens. It is directed by Brett Haley. The story is based on a novel that has the same name written by Niven. It includes stars like Elle Fanning, Justice Smith, Alexandra Shipp, and Kelli O’Hara. The cast also includes other supporting members. The film was released on February 28, 2020, by Netflix Originals.

The film shows the story of two teens Theodore Finch and Violet Markey who live unhappy life in a small Indiana town. Violet is dealing with Survivor Guilt, whereas Finch is a loner. They both met each other on the bridge where her sister had died from a car crash. Violet has not been in a car after the death of her sister.

He started a partnership with her for their school project. The project is about exploring  Indiana together. Finch and Violet travel around Indiana to see important sites for their project. Later with time they both fell for each other and started to live happily.

It includes stars like Joey King, Jacob Elordi, and Joel Courtney in the leading roles.

The film shows the story of Elle who is a teenager. Elle starts falling in love with a high school senior and also a bad boy Noah. She puts her lifelong friendship with Lee who is Noah’s younger brother in trouble. She is confused about whom to choose because she can’t leave any of the two.

A Christmas Prince is a romantic comedy film. The movie was directed by Alex Zamm and written by both Karen Schaler and Nathan Atkins. It includes Rose McIver, Ben Lamb, Tom Knight, Sarah Douglas, and many others.

The Last Summer is a romantic comedy. The film is directed by William Bindley. It includes stars like KJ Apa, Maia Mitchell, Jacob Latimore, and Tyler Posey. The movie was released on May 3, 2019, by Netflix Originals.

It shows a story of an interconnected group of high school students who are going through personal issues. It shows how they are handling the issues while enjoying their “last summer”. They are moving to college after summer.

Vanessa Hudgens plays a double role that is one as a princess and another role of a traditional Chicago baker in the movie. During a baking competition, Hudgens met a Christmas knight and later married him. The movie also returned for a sequel. The Princess Switch: Switched Again is a Christmas romantic comedy film of 2020.

The film follows the story of Margaret Delacourt, who is the Duchess of Montenaro. She suddenly inherits the throne in her home country of Montenaro. And with the help of Stacy switch places once again before her coronation in order to fix Margaret’s relationship with Kevin who is Stacy’s friend. Margaret has an evil cousin named Lady Fiona who disguises herself as Margaret during a plan. She did this sin to steal the throne.

Work It is a dance-based comedy film that is directed by Laura Terruso. The film is produced by Alicia Keys and Elysa Koplovitz Dutton. It includes stars- Sabrina Carpenter, Liza Koshy, and Jordan Fisher. The movie was released on August 7, 2020, by Netflix.

Quinn Ackerman is a very intelligent senior who lives in North Carolina with her mother. She has only one best friend, who is an aspiring dancer Jasmine Hale. She is her best friend since kindergarten and they both always stick together.

Quinn has a dream is to attend Duke University, as it was her late father’s alma mater. She thinks by during to Duke she’ll be close to her father. Quinn studies hard in order to earn straight As. She refines her dancing skills until she competes with the Thunderbirds at a competition.

7.To All the Boys I’ve Loved Before

To All the Boys I’ve Loved Before is a romantic comedy film that is directed by Susan Johnson. It is written by Sofia Alvarez. The film includes stars like Lana Condor, Noah Centineo, Anna Cathcart, and John Corbett.

The storyline of the movie is based on Jenny Han’s 2014 novel which had the same name. This film was released on August 17, 2018, by Netflix.

Lara Jean keeps all her love letters in a hatbox that was a gift from her mother. They are not the love letters she received but; these are written by her to all her crushes. It has a total of five letters.

The film is about Flight Lieutenant named Gunjan Saxena. She is an Indian Air Force (IAF) officer and also a former helicopter pilot. Saxena joined the IAF and was there during the time of the Kargil War. She was the only woman present at that time who was a part of the Kargil War. This makes her the first woman IAF officer to go to war.  She was ordered to evacuate the wounded people from Kargil, and transport supplies to the army.

A California Christmas is a romantic comedy that was released on Netflix. It was written by Lauren Swickard. It is the No. 1 film on Netflix nowadays because it’s the most streamed.

The film shows Joseph, who is a wealthy businessman charmer. He is on a mission to get a promotion. A California Christmas is the story of an executive who is challenged to convince a farmer to sell her land. He will be promoted to President. The first obstacle that comes to him is the farmer he has to convince.

Bulbbul is a film that is both written and directed by Anvita Dutt. The film is produced by Anushka Sharma and Karnesh Sharma.  Also, the film stars Tripti Dimri in the lead role with others.

The film is set during the 1880’s Bengal presidency. The film follows the story of a child-bride and her journey from innocence to strength. Bulbbul was released on 24 June 2020 by Netflix.

You can watch all the movies on Netflix, right here.