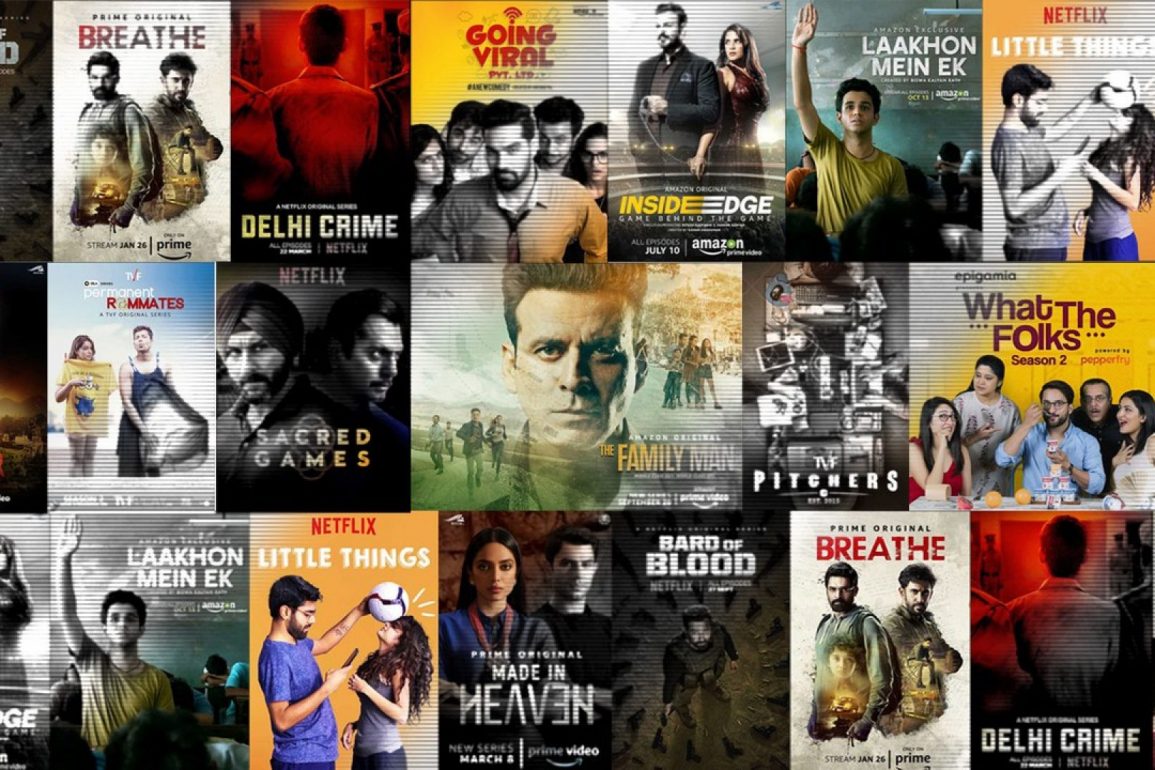 The start of the Indian web series brought about a fresh motion of new, attractive as well as innovative content. Creators of the shows are not well known as the director of the film industry. Their main motive is to create awareness among the youth. These stories are mainly showing the things that are happening in our society these days. As there is no censorship, they are free to put their thoughts in front of the audience. The web series of India is mostly about the young generations.

Here’s a list of Indian web series that you must watch:

Sacred Games is a thriller that is based on Vikram Chandra’s novel that has the same name. This series is India’s first Netflix original series. It was directed by Anurag Kashyap. The cast of the series includes Saif Ali Khan, Nawazuddin Siddiqui, Radhika Apte, and many more supporting cast members.

The series shows Sartaj Singh, who is a police officer in Mumbai, gets a call from a gangster named Ganesh Gaitonde. He tells him to save the city within 25 days as he was going to rule over it. Later, for some time, Ganesh was able to run the whole city. But Sartaj, along with his officers, saved the city.

It is available on  Netflix.

The story shows the rule of Akhananad Tripathi. He is known as Kaleen Bhaiya, who is the mafia don and ruler of Mirzapur in  Uttar Pradesh. The series is based on the crimes which happened there during his rule. He was the mafia of the business, which includes gun imports and exports.

It is available on Amazon Prime Video.

Made In Heaven is a romantic web series. It is produced by Excel Entertainment. The show features  Sobhita Dhulipala, Arjun Mathur, Kalki Koechlin, Jim Sarbh, and many others.

The story shows the lives of Tara and Karan, who are the two wedding planners running an agency named Made in Heaven based in Delhi. It India in recent times as a blend of old and new. It is the era where tradition and modern aspirations are under a lot of pressure.

The series is available on Amazon Video.

Little Things is a series produced by Pocket Aces. It includes cast like Mithila Palkar and Dhruv Sehgal. They are in the lead roles. The series has three seasons.

The series is available on Dice Media and Netflix.

Delhi Crime is a crime web series that is both written and directed by Richie Mehta. The cast includes  Shefali Shah, Rasika Dugal, Adil Hussain, and many others. The series is based on a real-life incident of the 2012 Delhi gang rape.

The series shows that the case that took place in the neighborhood of Munirka, which is in South Delhi. It follows the story of the girl and the rapers who brutally killed her. They have no humanity left inside them. It shows that the Deputy Commissioner of Police (DCP) named  Vartika Chaturvedi is assigned to find the culprits of the case. She manages to find them within a week with the help of her team.

Kota Factory is a web series that is directed by Raghav Subbu. The producer of the series is The Viral Fever. It also includes Jitendra Kumar as the teacher teaching in an institute at Kota. It is the first black and white web series introduced in India.

The story is about a 16-year-old named Vaibhav. He moves to Kota from Itarsi for his higher studies. It shows the life of every student living in that city and also their efforts to get into IIT. Kota is known as a hub for many coaching centers. He is just for students who are there to prepare for various entrance exams. Vaibhav is seen struggling at first, but under his teacher’s influence, he is working hard.  The series aims to change the perspective of the audience about Kota and IIT preparation. It’s a myth that students are under trauma while preparing there.

The series is available on TVFPlay as well as YouTube.

The Family Man is a thriller web series. It is both directed and produced by Raj Nidimoru. The series includes Manoj Bajpayee, Priyamani, Sharad Kelkar, Neeraj Madhav, and many others.

The story is about a man named Srikant Tiwari. He is a middle-class man living in Mumbai with his family. He is secretly working for the Threat Analysis and Surveillance Cell (TASC). He is an intelligence officer. He is always on different missions to solve the situation. He kept this secret from his family and always ask him what makes him so busy, and he always gives excuses to her.

The series is available on Amazon Prime Video.

Kaafir is an Indian web series that is directed by Sonam Nair. It is written by Bhavani Iyer. The cast includes Dia Mirza and Mohit Raina,

The series follows the story of a Pakistani girl named Kainaaz Akhtar. She was found unconscious on the Indian side of the Line-of-Control (LOC). She was held prisoner because the Indian army thought she was a militant. The misunderstanding happened because she was found with other dead militant bodies. She gave birth to a girl during her seven years in imprisonment. An Indian journalist helps Kainaaz and her daughter to bring them justice. In the last, they won, and Kainaaz and her daughter were sent to Pakistan.

The series is available on ZEE5.

Paatal Lok is a crime thriller web series. The series is created by Sudip Sharma. It is directed by Avinash Arun. Anushka Sharma was the producer of the series under the banner Clean Slate Films. The series includes Jaideep Ahlawat, Gul Panag, Neeraj Kabi,  and Ishwar Singh. It is mainly based on Tarun Tejpal’s novel named The Story of My Assassins.

The show centers on Hathiram Chowdhary, who is a cop, and he gets assigned to investigate a high-profile case that happened a few days back in the city. He gets suspended later during the investigation, but he continues with the search and got much information. He solves the case even after getting suspended. Paatal Lok is inspired by the concept of Svarga, Dharti, and Paatal for the people who belong to different classes of India.

It is available on Amazon Prime Video.

Panchayat is a comedy-drama web series. The series is directed by Deepak Kumar Mishra. It was produced by The Viral Fever. The series includes stars like Jitendra Kumar, Raghubir Yadav, and Neena Gupta.

The story is based on the life of an engineering graduate. Later after graduating, he joins as a Panchayat secretary in a village called Phulera of Uttar Pradesh, which is a remote area. He joined because of a lack of job options in our country, which is most common these days. It shows the life experiences of a city boy who gets a job in a remote village also with a low salary.

The web series is available on Amazon Prime Videos. Fans can go and check it out…