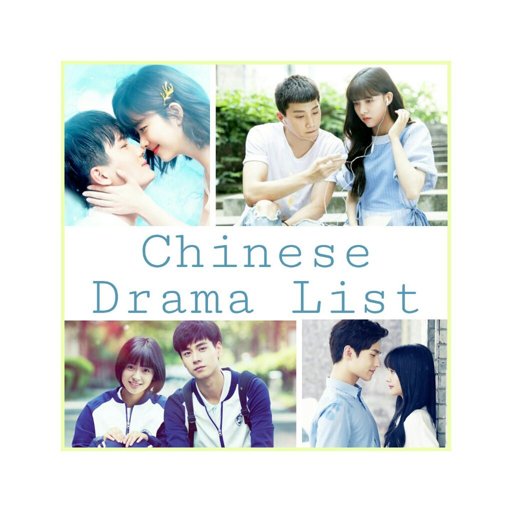 10 Best Chinese Drama You Must Watch

Chinese dramas are the most loved and most-streamed television series. They are originally in the Chinese language. Later, they are dubbed in different languages along with the subtitles. They are made in China. China makes more series than any other country in the world. The most popular genre of dramas is fantasy romance.

They generally make romantic dramas that attract many viewers. Chinese drama has a lot of fans all over the world. Chinese actors are cute and talented as well. These dramas take the audience to a fantasy world where they start to dream about having a perfect relationship. These dramas can never bore anyone. The concept behind these dramas is really amazing and all of them have different stories of their own.

Here’s a list of top 10 Chinese drama that you must check out:

This series shows a love story between a boy who is gifted with beautiful painting skills and a young girl who is bright as a ray of sunshine. Gu Ye Bai has art skills but he experiences a psychological disturbance, This resulted in the loss of color. This happened when he was preparing to submit an entry. He becomes very anxious and tensed until Lu You Yan walks into his life as his friend. She helps him to achieve his dreams. They fell for each other and a beautiful romance started to blossom. Lu You Yan gets a proposal to go to Paris. This was the biggest obstacle to their relationship. They managed to stay together by solving all real-life problems that the students face.

The story started in the universe of Five Kingdoms. The kingdom is led by the Imperial City of Tianquan. Fuyao was adopted and she served as a slave for the Xuanyuan sect. Many tragedies came in her journey across the land. She has to gather the magical artifacts from that land. Those artifacts could lift the curse from her life. Along the way to gather these artifacts, she met the Crown Prince of Tianquan. He was conducting secret missions. They both fell in love. Later she found her real identity as the “Lotus Princess”.

3.A Love So Beautiful

The story of the series focuses on school classmates. A cheerful girl likes the concept of a “perfect” guy. her neighbor as well as her classmate was known for his looks and high grades. The show mainly centers on their life in high school, all the fun, and adventures with their classmates, etc. She used to have a crush on that boy and later she got to know that he also loves her. They started being in a relationship at the last.

4.The Rise of Phoenixes

Ning Yi is the sixth prince of the kingdom known as Tiansheng. He has learned to hide his identity. He establishes an information network that is led by Qingming Academy’s headmaster named Xin Ziyan. He waits to strike down his enemies. Feng Zhiwei is the niece of Colonel Que. She is supposed to replace Qiu’s daughter in an arranged marriage. She remains loyal to the Emperor. But she is forced to reveal her identity as the emperor suggested Wei Zhi to his daughter. After Ning Yi got a contagious disease and he nearly dies. After that, he confesses to her and she also tells him back. She discovers that she is a surviving royalty.

During the collapse of the Tang dynasty, the daughter of a herbalist was sold into a brothel. She found herself in a different city of female assassins. She kept her name Wan Mei and began to learn from Chang An. He was a young man who acted as her guide. Wan Mei and Chang An developed an affection for each other. Gong Zi started to take interest in her because of this Chang An began to distance himself.

Gongsun Li is the granddaughter of a commander named Gongsun Yu. Gongsun Li agreed to marry Ying Zheng. Later, she found out that she was pregnant with Jing Ke’s child. He decides to hide the truth for Gongsun Li. Tianming is her child and she raised her child alone. Jing Ke tries to free Gongsun Li along with his child. Ying Zheng, the plan fails and he was killed. Gongsun Li tries to find the truth about the murder of her lover. Later she dies by Ying Zheng’s sword.

Zhan Nanxian is a young man. He has the ability to foresee the technological boom. He with his classmates creates a company. Wen Nuan is a career woman. She who her high-paying job to work under Nanxian as his executive assistant. It was later revealed that they were a couple before. Wen Nuan is determined to reconcile the love that he lost. This show portrays the journey of love which is endless, and also how the two never forgot each other even after seven years.

8.Rush to the Dead Summer

The story focuses on friendship and one betrayal that breaks the group of close friends. Although Li Xia was poor she works hard and wins a scholarship to Qian Chuan secondary school. She meets Fu Xiaosi and Lu Zhiang, who are the most popular boys in their batch in that school. They eventually became friends. The three were good friends but after graduation their separate ways out.

Fu Xiaosi becomes an artist, and Li Xia becomes Xiaosi’s assistant. Cheng Qiqi becomes a famous idol after winning a singing competition. They all are fighting for their dreams and also all the hurdles that come their way. There is a gap of ten years and everyone is changing so fast with time. they started doubting the origin of their friendship. The ten years gap made them realize the old memories of friendship.

General Lin Xie was framed and executed, alongside the Lin family in sixth-century China. He was executed along with his 70,000 soldiers, and Crown Prince Qi, under the order of Emperor Xiaoxuan. The emperor was his brother-in-law. However, Lin Xie’s son survives but went under a treatment. This treatment changes his appearance and leaves him in a weakened state.

Later Lin Shu changes his name to Mei Chang Su. He also becomes the chief and establishes the Jiangzuo Alliance.

Simon, Bo Jinyan, is a criminal psychologist. He can get into someone’s mind. He worked as a professor at The University of Maryland and also as an analyst in the police department. He helps them to find out the truth behind the cases.

Simon delves into the thoughts of the criminal mind with the help of his young assistant, Jenny Jian Yao. Jenny helps Simon to open up emotionally as if now they were working together to solve crimes and help the police solve their cases against the culprits.