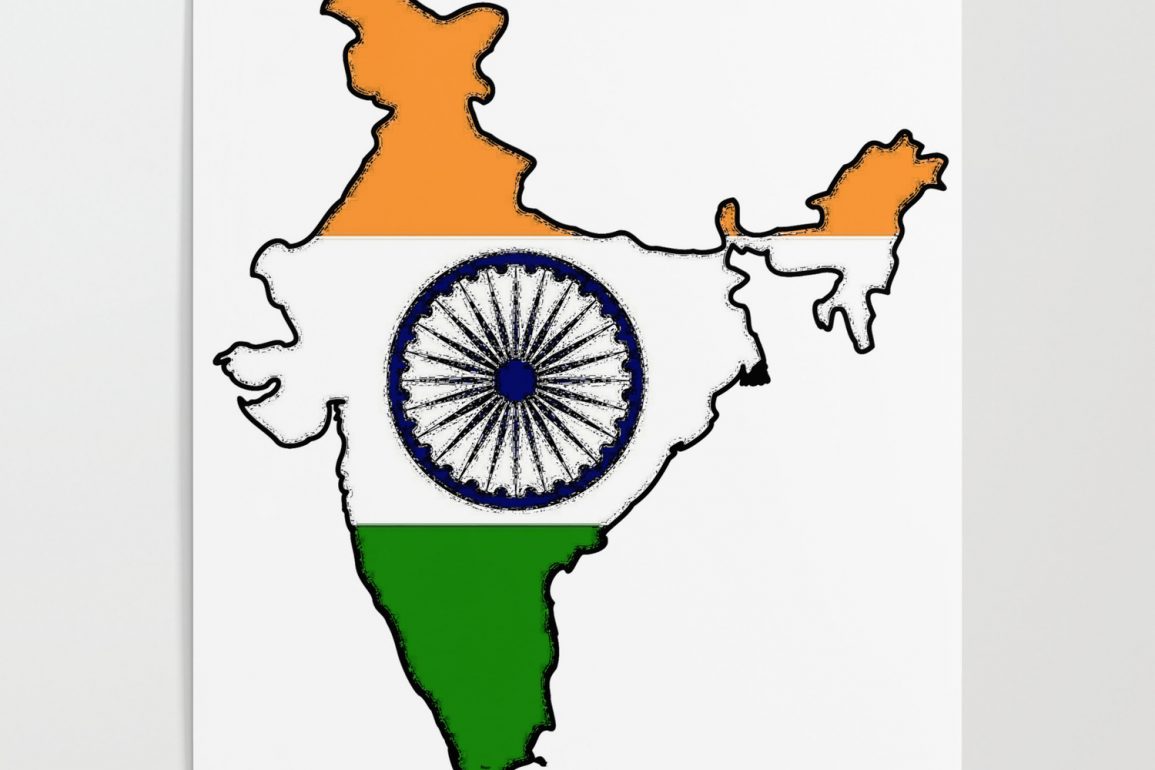 Can BJP Be The Chandra Gupta Maurya Of The 21st Century?- Find Out

Chandra Gupta Maurya, this name is not unknown to any Indian as we all read about him in our 8th class History books. At that point in time, it might have felt boring; Or you might have wondered why I should know about a long-gone king? But ask yourself he must have done something that he is immortal in our history books to date. Chandragupta Maurya was the founder of the Maurya Empire in ancient India. He was taught and recommended by the philosopher Chanakya, who had a significant influence in forming his empire. 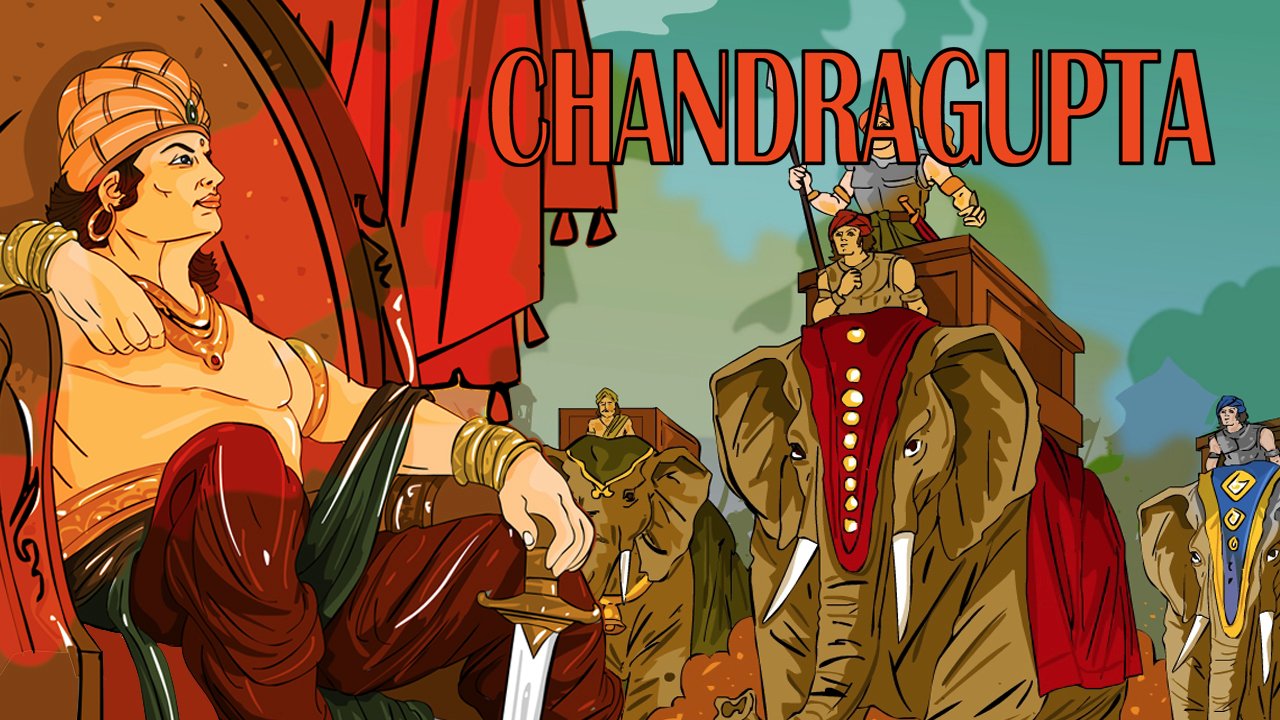 Together, Chandragupta and Chanakya built one of the largest empires on the Indian subcontinent. He was the son of a tribal chief and used to live deep in forests. However, one day a Brahman named Kautilya, also commonly known as Chanakya. He saw the potential in the tribal boy and prepared him to defeat the Nanda Dynasty and create his Saga.

Similarities in politics Then and Now

When we talk about the Mauryan Dynasty, it is not possible to speak of Kautilaya’s Arthrashastra. It talks about statecraft, economic policy, and military strategy. There are 195 countries across the globe, and all of them have referred to Arthrashastra to frame their constitution, including the latest form country South Sudan, the country that integrates itself from Sudan in 2011.

The first similarity between 2021 and Mauryan times is Equality. As mentioned above, Chandra Gupta Maurya belonged to Indian Forest Tribe, and he became the king. In contrast, Kautilya, who was a Brahman himself, says everyone should follow the Divine order, which says:

Kautilya broke the divine order and helped groom the Mauryan Dynasty. In today’s world, we have Fundamental Rights that protect us as Kautilya’s guiding spirit. In the same way, we have Article 14 Right to Equality.

Kautilya said the finance department needs greater attention since “All projects depend upon finance. Hence, utmost consideration shall be paid to the Treasury.” The rich were required to pay more as a matter of principle.

The Mantri Parishad attended its business in all seriousness. The king and even the unpolished viceroys consulted the ministers in matters of administration. The Mantri-Parishad- Adhyaksha was the administrator in charge. 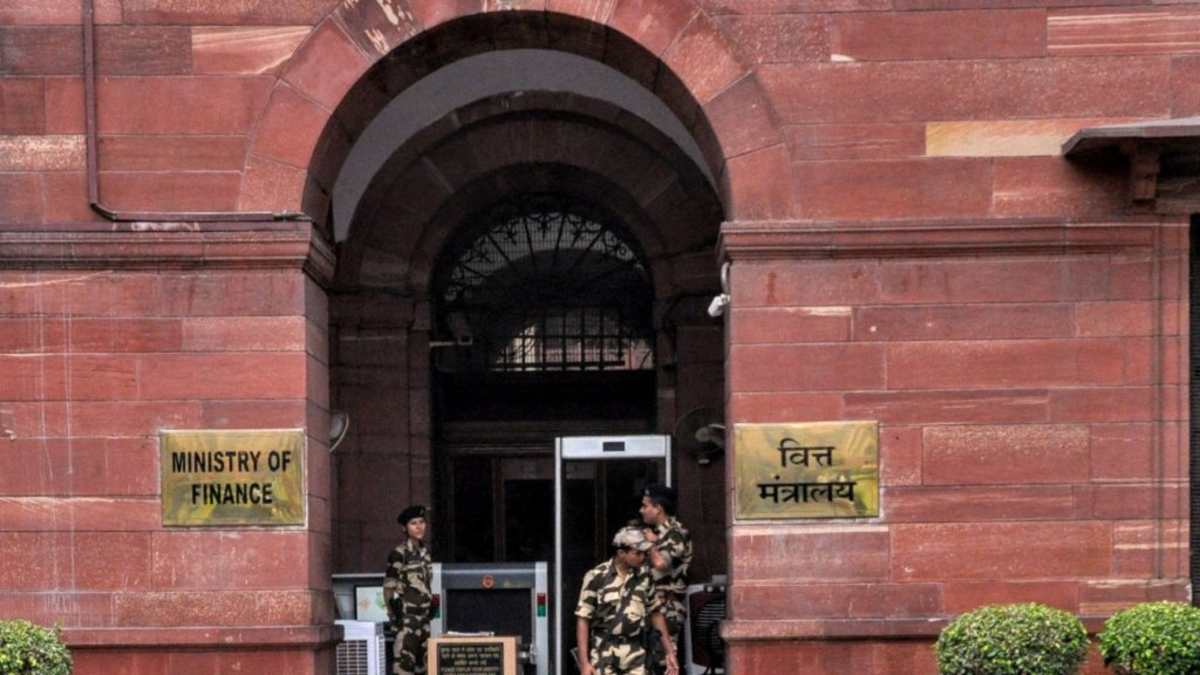 It was the central government’s work of discharge welfare services to benefit the unemployed, widows, destitute and orphans, and even musicians and dancers. There were complex functions for the department of works and construction all over the empire. In the same way, we have different departments for specific work such as we have the finance department for all the finance-related work; We have railways for the rails related work. We have taken up many things from our his that are proving to be progressive for our country.

Thus, the militant force’s total number came to nearly 6 90,000, besides many thousands of helpers and attendants. The empire needed this big army to preserve regional peace and to face external threats. 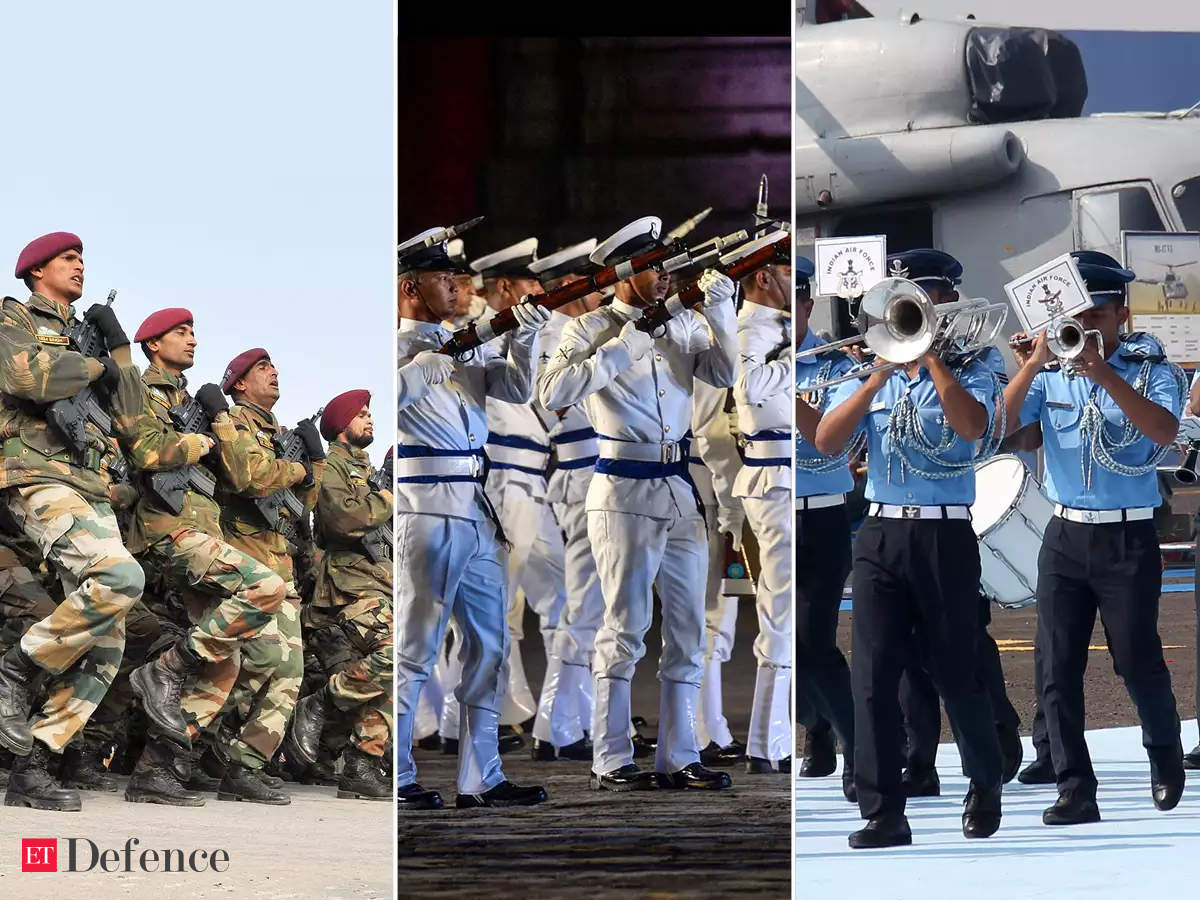 This army needed a sound system of administration. Megasthenes, who witnessed the Maurya military pressure from close quarters, left a description of its administration. According to him, a War-Office or War Council was having 30 members, divided into 6 Boards of 5 members each. The army was divided into six sections, each under the control of one Board. The six departments were (1) The Infantry, (2) The Cavalry, (3) The War-Chariots, (4) The War-Elephants, (5) The War-Transport, and (6) The Fleet.

The Arthasastra suggests that the entire army operated under the control of the Senapati or the commander-in-chief. The army needed an excellent commander with military qualifications to run the army and conduct battles. However, There were other army leaders of rank next to the Senapati. Among them were the Nayaka, Prasastaand the Mukhya.

In battles, the soldiers, elephants, and horses were all defended by defensive armor. The soldiers were organized in squads of ten, companies of hundred, and units of thousand men in each. The elephants and chariots usually transferred the archers. Various arms like big swords, spears and weapons, and bows and arrows were used, besides some venerable weapons like the Sataghni or the ‘Slayer of a hundred.’

Although, we don’t follow the exact same pattern of defense in the 21st century. However, we have three Indian defense divisions that are Amry, Navy, and Air force. Different officers lead the various departments. Thus, India is the second-largest army in the world.

At the top of the judicial system was the king as the most crucial court of interest and the king’s court. Kautilya defined the responsibility of the king as a judge in the following way: “He shall, therefore, especially attentive to the business of gods, of skeptics, of Brahmanas studied in the Vedas, of cattle, of holy places, of infants, the aged, the afflicted, the helpless, and of women, all this in classification or according to the urgency or pressure of those works. All necessary calls he shall hear to once.” 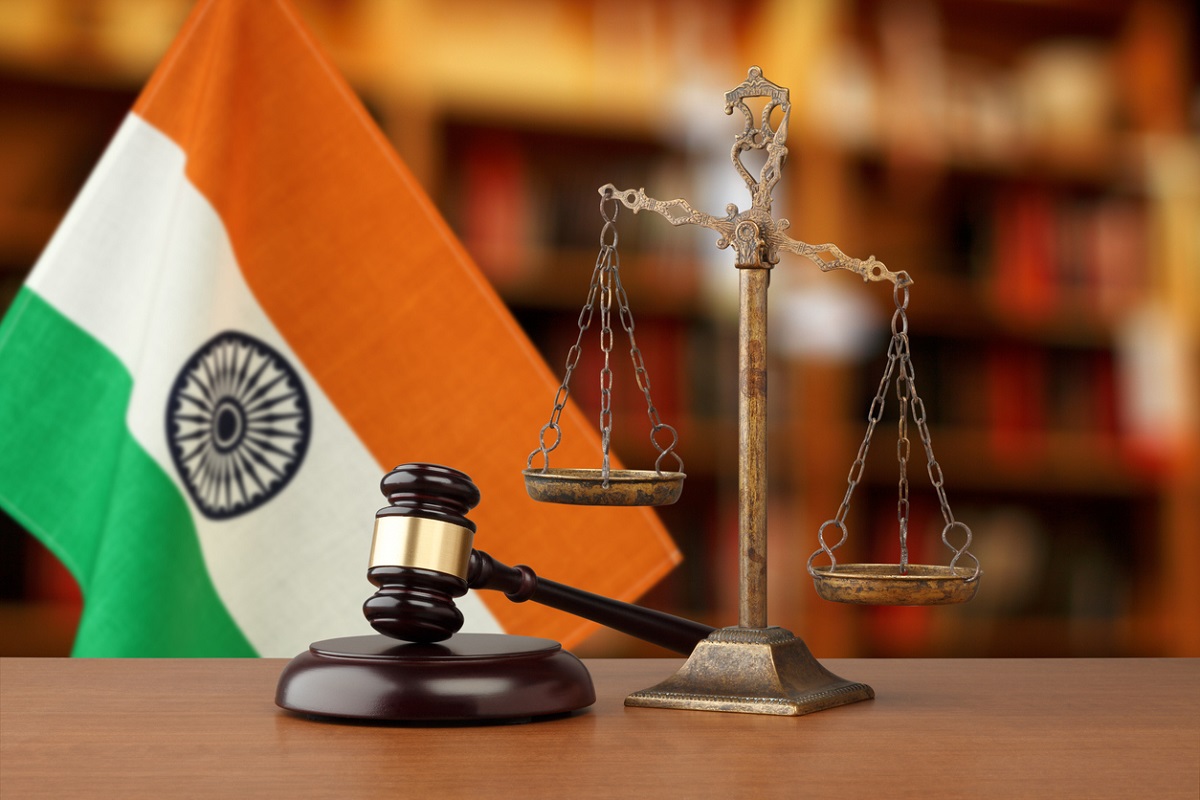 There were more small courts of justice right from the village tribunals at the bottom. The village headman and the village chiefs usually looked into smaller conflicts within their local areas. The higher courts took place in two divisions, civil and criminal. The civil courts were termed the Dharmasthiya courts.

In the first level of courts, three Amatyas worked as the authorities, assisted by three learned Brahmins. These courts dealt with such disputes as marriage, divorce, dowry, wealth inheritance, houses, lands, boundaries, contracts, debts, etc. An application could be taken on any recommendation to the court of the king.

The Maurya system of punishment was cruel and brutal. Methods of torture could be utilized to get concessions. There were various types of execution depending on the nature of the crime. Fines, forced labor, whipping, mutilation, and the public were the methods of punishment. Kautilya said to teach a human a lesson the only way is through torture.” Those whose guilty will condemn to be accurate and shall be put through a procedure of suffering.”

The newly built nation demanded of the people their fear for Law and justice. Chandragupta had to create respect for the state and the government by his judicial system. In Asoka, much of the severity of administration was reduced, and a paternal disposition towards the subjects was worked out.

There is no way to say that we are not even close to the judicial system Mauryans used to have. We live in a society where rapists are set free because they influenced the judge or they bought the other side. We breathe in a civilization where we exchange dignity for pride. Indians sustain in an environment where Nirbhaya took seven years to seek justice.

Looking at a very recent case, “The Farmers Protest,” we can say the Indian Judiciary is making a fool out of the country. They gave a ruling to form a committee to which the farmers agreed. However, The Government played us again and decided to make a committee after 18 months. That is after the elections of all the states in India. 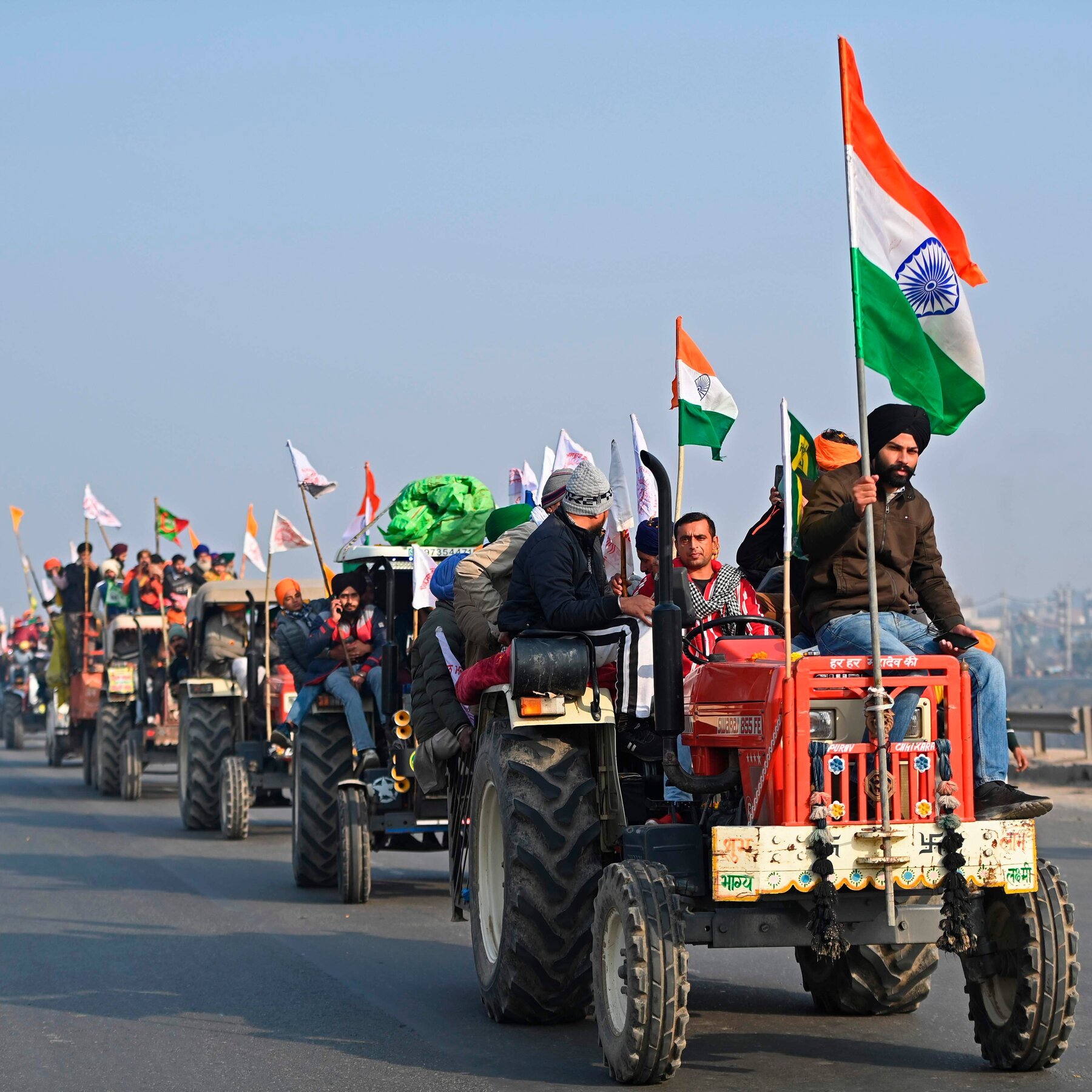 And again, we are back to square one, where we either have the solution or any hope. The Mauryan always did what was right for their citizens. Ramayan is a very appropriate example of how a king should honor the will of his citizens. Lord Rama asked Sita to go through the test of fire test as his citizens had a question about Sita’s character.

Ethically, on a husband’s part, Lord Rama was very wrong to question his wife’s character. Whereas as a king, he did a great job by keeping his citizens at ease. To sum up, On this land of Rama Mandir, let’s seek some wisdom and honor what is right and how can a Government make things right if it’s not because that’s the Government’s Job.