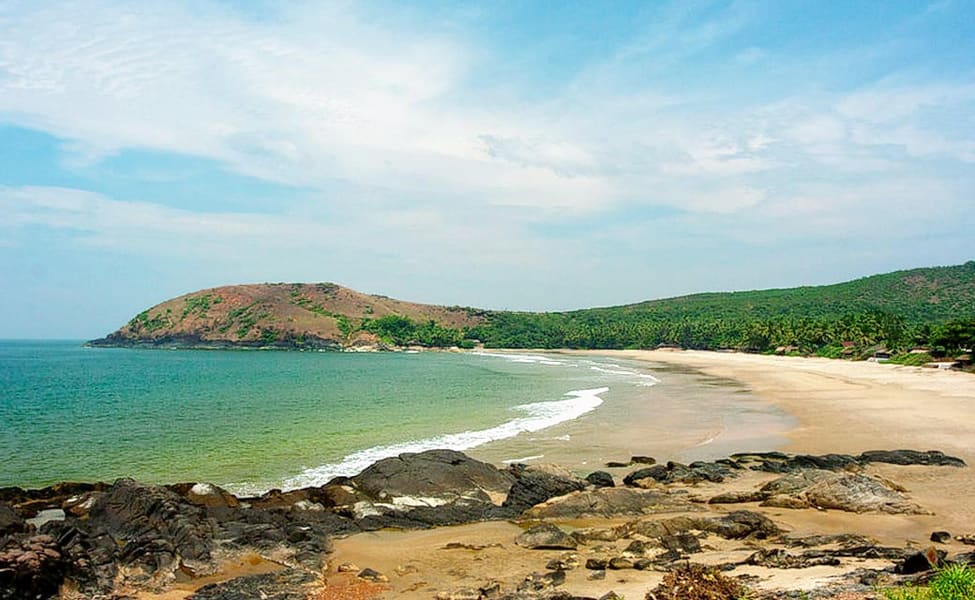 Gokarna: Runaway to Find your Inner Peace on a Budget

Travelling begins with discoveries, journeys, experiences not just outside but within ourselves. Human beings travel for recreation, freedom, joy, a break from the monotonous melancholy of life. But most importantly, we travel to live, experience, learn and appreciate several different things and one of them is what we all can experience in travelling in this lesser-known haven called Gokarna, a quaint little beach city not known by many, but must be experienced by all.

To begin this travelogue, with an introduction to Gokarn, the city itself lies in the state of Karnataka known to be an off-beat travel destination and a cheaper sister city of Goa, for those who cannot afford the life of the party there. But this destination is so much more than it’s oddly shaped beaches and the people who go there for pilgrimages.

It is a destination, far off from the real world, cut off from the busy city life, the morning life in Gokarna is based off cows in the backyard, and heaps of red-soil mountains covered by a thin layer of fog, and a vast number of people going to school or getting milk for their family.

This completely changes when you reach the beachside of the city where you can find tourists, both of Indian nationality and foreign nationality making the best use of the sun, and the soft beach waves making it a perfect destination to swim and relax with.

How do you get to Gokarn?

From Chennai, our destination can be easily reached from Bangalore. It may be a complicated journey figuring out the number of options which are available to reach Gokarna. One can easily opt for a night-bus which reaches Gokarna in 13 hours maximum.

Fair warning, buses can be a bit of a bumpy ride to overthrow your trip, due to the narrow turns and ridges in the neighbouring cities surrounding Gokarn, in the end, it is all worth it. There is also a train service which is available from KSR Bengaluru, but it needs to be pre-booked well in advance before your trip.

What do you do there?

One can have the whole experience of roaming around and trying to cover the whole city in a day. But travelling comes when you stay there, and experience the city from its roots, and the culture. The culture in Gokarn is very different from the rest of India. It can be seen that some women still dress up in their traditional tribal clothes, and some speak the native language which is not Kannada.

I personally survived the whole trip with ‘Kannada Gothilla’ which literally translates into I do not know Kannada which may be disappointing to some when they know how many languages I speak (side note: 6).

The best part about travelling to a new destination is having the best travel partner in the world, and that’s a win-win for me. We started the trip from Bangalore, in a really bumpy bus ride which threw us off a metre above our seats for every speed-bump and had the misfortune of our luggage falling on top of us during the night.

But all safe and sound, we reached Gokarna around 9 am the next morning, where we were greeted by much cleaner air than Chennai or Bangalore combined. The city was cleaner, and every pathway was filled with touch-me-not plants, which triggered the child in me to actually touch the plant every single time I saw one.

As many travel destinations have now become scooter-rental friendly, one can rent a scooter for less than 250INR per day in this city. The roads in Gokarna are quite small and hilly, where the whole city is based on a cliff, so the only transportations available are scooters or auto-rickshaws which cost you more than what you should pay for the particular destination.

More the beaches the merrier 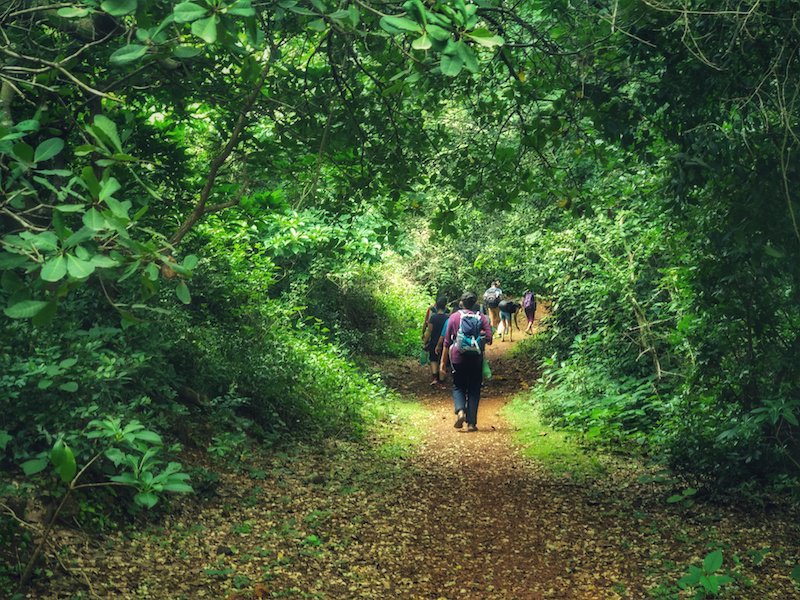 Gokarna is known as the beach city, where there are numerous beaches namely paradise beach, om beach and several others which can be only ‘unlocked’ through very risky treks on the mountains which barely give you no signs or signals on where to go and the cherry on top is the no-signal on your mobile phone showing zero bars for connectivity to the outside world.

The first trip to Om Beach was a no biggie, small treks with a beautiful cliff showcasing a perfect sunset, and a cascade of rocks made it a perfect destination to end our first day there. The shores along the Om Beach also contained small restaurants to please your palates and make your stomach filled with food and joy which makes it a perfect place to end your day with your dinner watching the sunset along the west coast.

The next day was the hardest one, the trek’s final destination was Om Beach but it began in the far ends of Belekan beach. Belekan Beach was the most lonesome beach I have ever seen in my life, this beach contained the whole city’s sewage deposit to the ocean.

Belekan beach was our start of the trek (after crossing a small river of really disgusting sewage water) the first stop was at Paradise beach, with lots of might and willpower we began this trek, there were no signs or signals just a narrow pathway to your destination. In the middle of our trek, we got lost and I ended up having a little date with a wild Indian Macaque in the jungle. Twenty minutes past, and nearly passing the feeling of never seeing my family again, we finally found Paradise Beach. This single stretch of the trek I saw a beautiful cliff, and variety of trees and plants, with a side of a really scary monkey who thankfully did not murder me.

Paradise Beach is away from civilization. There I was with only less than 10 people on an isolated beach without electricity or the internet. It wasn’t a big deal, in my opinion, it was overhyped. The way from Paradise Beach to Half-Moon-Beach was one of the trickiest, and rockiest paths you can ever be on and remember it is on a really high cliff so chances are you fall to your death. This time, I did not see a wild monkey but a small stream in the middle of the forest and it was the most refreshing sight I had seen ever in my life. After a forest trek, this beach requires you to climb rocks to reach it and with the waves hitting your rocks it may seem impossible and scary, but with a little bit of support, it was okay to risk your life and do so.

Unlike Paradise Beach, Half-Moon Beach actually had electricity but again, less than 10 people there. Its half-moon shape probably gave rise to that name. I could take treks no more, and after 20 kilometres of trekking, I said ‘no more’ and we chartered a boat to reach Om Beach.

The end to a journey… or the start of one?

The boat ride back was absolutely magnificent as we rode into the sunset to reach our final leg of the trip. Gloomed by the thoughts of the end to a nice vacation, and to the end of the day really upset us. It was a bitter-sweet yet beautiful ending to an amazing journey.