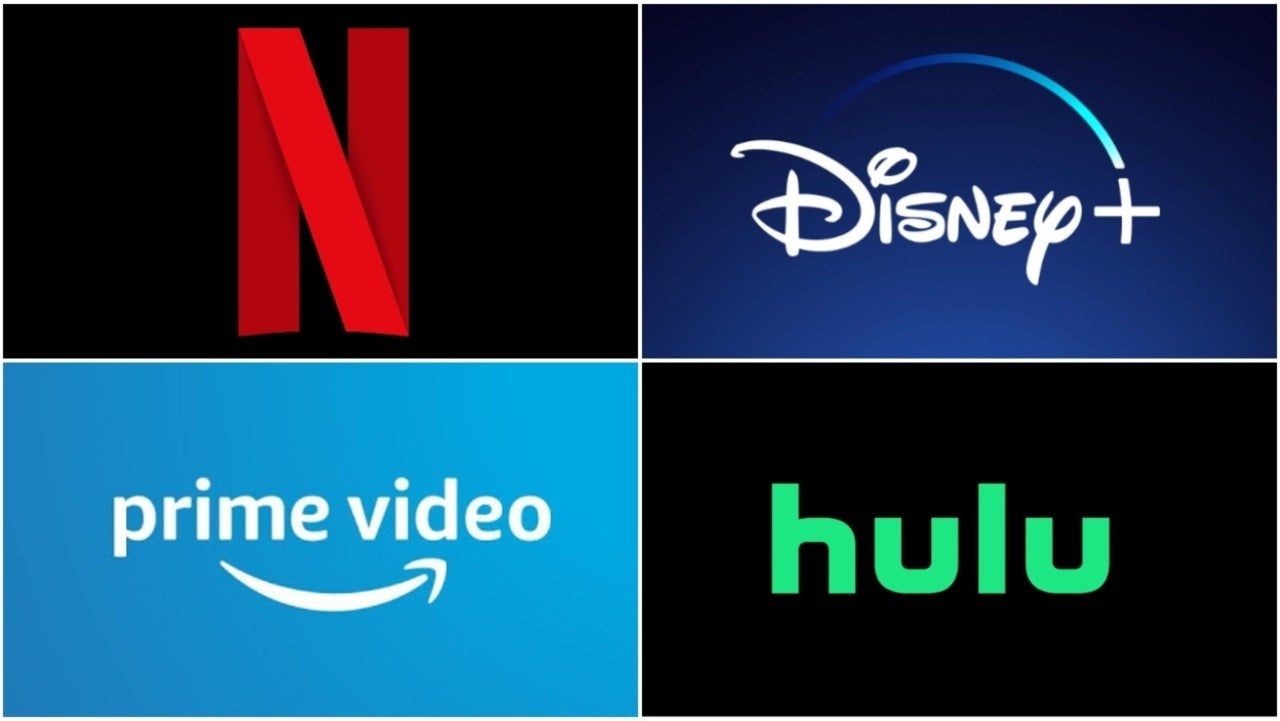 Few upcoming shows/movies of 2021 are here. The digital media platform is getting more vibrant day by day amid lockdown & online web series are being streamed on different platforms such as amazon prime, Netflix, Disney+ Hotstar. Top upcoming shows of 2021 will see a huge jump in the coming times as well as given the same, curated a list of upcoming lists for you. This can help you choose your favorite content and also helps you plan ahead of time

These are the Top 10 Upcoming Shows and Movies:

1. Pieces of a Woman

Pieces of a woman is a drama film directed by Kornel Mundruczo, from a screenplay by Kata Weber. Martha and Sean Carson are a Boston couple on the verge of parenthood whose lives change irrevocably during a home birth at the hands of a flustered midwife, who faces charges of criminal negligence. Thus, begins a year-long odyssey for Martha, who must navigate her grief while working through fractious relationships with her husband and her domineering mother, along with the publicly vilified midwife whom she must face in court. A heart-breaking home birth leaves a woman (Martha) grappling with the profound emotional fallout isolated from her partner (Sean) and family by the chasm of grief.

Azizler is about a middle-aged man who is not content with life and starts a web of lies to break out of his routine. It depicts the story of Aziz, going through an existential crisis after longing for his youth, he is not happy with his work nor his private life which is also hijacked by his sister and her family who have been living with him for some time now. His relationship with his girlfriend after 4 years is also not in the best place and he feels the desire to end that too! He wants his long-gone freedom back and when he least expects it, he will soon come across a chance to rescue himself from the black hole he’s trapped in. However, he realizes this turns him into a pathological liar to a point there’s no turning back. 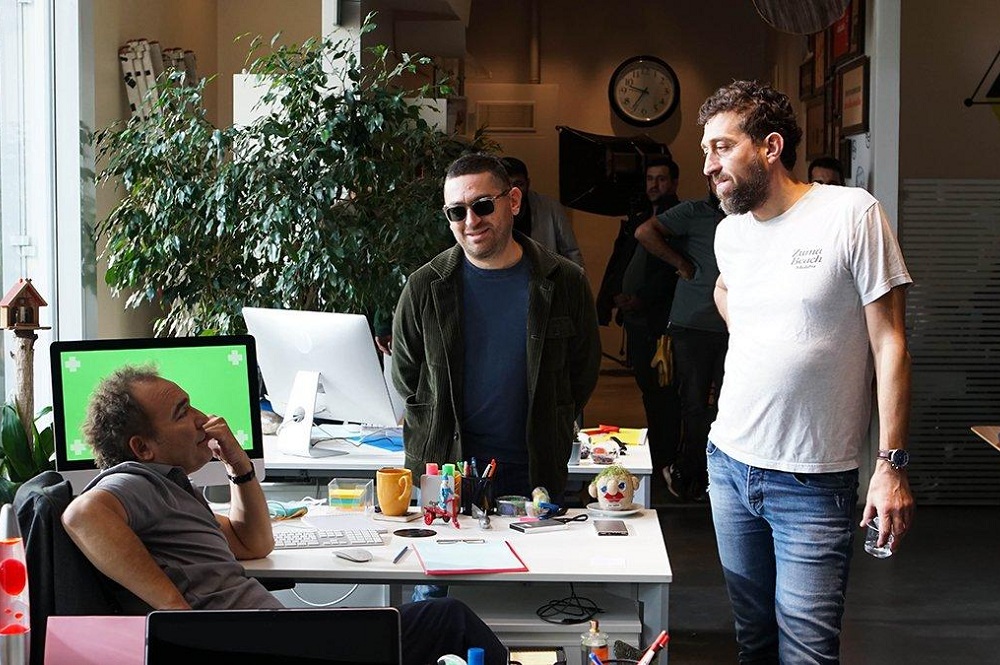 The White Tiger is an upcoming film directed by Ramin Bahrani. The film is adapted from Aravind Adiga’s 2008 novel, The White Tiger. The film features (Adarsh) Gourav Rao in the lead role along with Priyanka and Rajkummar Rao. The trailer begins with Balram Halwai (Adarsh) narrating the story of his rise from a poor village boy to a  successful entrepreneur in modern India. A social satire, the film will look at the themes of poverty, class struggle, and corruption in India. The plot revolves around Balram who takes up the job of a driver for the US returned couple – Ashok (Rajkummar) and Pinky (Priyanka). He becomes a ‘good servant’ and makes himself indispensable to his masters. However, things take a different turn one night when the couple tries to trap him to save themselves. From here, Balram begins his journey of rebellion and fights against the system to find his freedom

The third season of American Gods, based on  Neil Gaiman’s novel of the same name. It is scheduled to premiere on Starz and will consist of ten episodes. The season stars Ricky Whittle, Emily Browning, Yetide Badaki, Bruce Langley, Omid Abtahi, Demore Barnes, and Ian McShane, who all return from the previous season, while Ashley Reyes joins the main cast. The third season features several new actors in recurring roles. This season follows Shadow as he attempts to break away and assert himself as his own man, setting down roots in the idyllic snowy town of Lakeside, Wisconsin, where he’ll uncover a dark secret while exploring questions of his own divinity. Guided on this spiritual journey by the gods of his black ancestors, the Orishas, Shadow must decide exactly who he is—a god seeking veneration or a man in service of the “we.”

Invincible is an upcoming American adult animated superhero drama web television series, based on the comic book character of the same name by Robert Kirkman. The Invincible comic follows high school student Mark Grayson as he deals with typically adolescent trials and tribulations. However, Mark also has to deal with the development of his superpowers, which he inherited from his superhero father, Omni-Man. Once his inherited powers kick in from his half-alien heritage (Omni-Man is an alien Viltrumite, with incredible, Superman-like abilities), Mark wastes no time in picking out a new costume to follow in his father’s footsteps. Mark quickly finds other young heroes in the Teen Team like Robot, Dupli-Kate, Rex Splode, and Atom Eve, though his idyllic superhero life proves to be anything but ordinary. Invincible is quickly thrust into the role of Earth’s protector when he begins working with Cecil Steadman and the U.S. Government. He garners plenty of enemies who haunt his professional and personal life and threaten the safety of his family and loved ones. At times, they also threaten the entire known universe.

Army of the Dead is an upcoming American zombie heist film directed by Zack Snyder, from a screenplay by Snyder, Shay Hatten, and Joby Harold and a story by Snyder. It stars Dave Bautista, Ella Purnell, Ana de la Reguera, Garret Dillahunt, Raul Castillo, Omari Hardwick. Zack Synder’s new zombie action heist Netflix movie Army of the dead won’t drop until next year, but the streamer, in a unique move, has already greenlit a prequel feature and spin-off anime series. Army of the Dead follows the aftermath of a zombie outbreak in Las Vegas and the group of mercenaries who venture into the quarantine zone to pull off a big heist. The idea for Netflix with Army of the Dead is to take big bets on the same IP in other languages and formats.

Chicken Run 2 is the sequel of Chicken Run which became the highest-grossing stop-motion animation film of all-time when it premiered back in 2000. The movie starred Mel Gibson and Julia Sawalha as Rocky and Ginger, leaders of a group of chickens trying to escape attempts to turn their farm — and them along with it — into a chicken pot pie factory. However, it has been reported that Gibson will not return to reprise the role of Rocky in the sequel(chicken run 2) and the part will be recast. The sequel directed by Sam Fell and written by Karey Kirkpatrick, John O’ Farrell and Rachel Tunnard — catches up with Rocky and Ginger living in a human-free sanctuary with their recent hatchling, Molly. Of course, when confronted with a new, terrible threat, they leave their peaceful island sanctuary behind to help save all chicken-kind.

A musical based on the life of Diana, Princess of Wales, is set to premiere on Netflix before its Broadway debut. Diana is the electrifying new musical about a woman who chose to be fearless, and as a result, became timeless. When Lady Diana Spencer married Prince Charles, she instantly became a cultural phenomenon. Leading fiercely with her heart, Princess Diana stood up for her family, her country, and herself. She defied expectations, she rocked the royals and she created a legacy that will endure forever. The script was greatly informed by Diana’s interviews and life story. Unsurprisingly, the show is centered around her personal life and the famous love triangle between Diana, Camilla, and Charles. DiPietro, who was originally inspired by reading Tina Brown’s The Diana Chronicles told the Post that “[Diana] was a blue blood, she was beautiful and she was a virgin, which was hard to find in 1980s London.” While the musical (which features plenty of pop-rock numbers) will center on her life, Diana’s 1997 death in a Paris car crash is addressed in an epilogue.

Fear Street is an upcoming American horror film directed by Leigh Janiak and based on the book series of the same name by  R.L.Stine. It is set to become the first film in a trilogy. The Fear Street books take place in the fictionalized city of Shadyside and feature average teenagers, who are older than the typical Goosebumps preteens and encounter malignant, sometimes paranormal, adversaries. While some of the Fear Street novels have paranormal elements, such as ghosts, others are simply murder mysteries. Although the Goosebumps books have a few deaths, the deaths presented in Fear Street, particularly the sagas, are far more gruesome, with more blood and gore. The title of the series comes from the name of a fictional street in Shadyside, which was named after the Fear family. The Fear Street saga starts in 1994, where a group of teens finds out that a terrifying series of events in their hometown of Shadyside, Ohio, might be connected. Worse, the teens might be next up as targets. The films cover three different time periods, including the 1600s

The Kissing Booth 3 will be the final film in the franchise and it will wrap up the storylines of Elle (Joey King), Noah (Jacob Elordi), and Lee (Joel Courtney), taking them into adulthood. The third chapter will pick up from the previous part where Elle is torn between going to Harvard following Noah, or join Berkeley which is her childhood dream, with her best friend Lee. The third film will be a “culmination of this coming of age story – not just for Elle, but for Noah and Lee, as well. Although their paths are entwined, each has their own journey with a set of challenges that they need to overcome before closing the chapter of their lives that was adolescence and beginning their new journey into adulthood”.