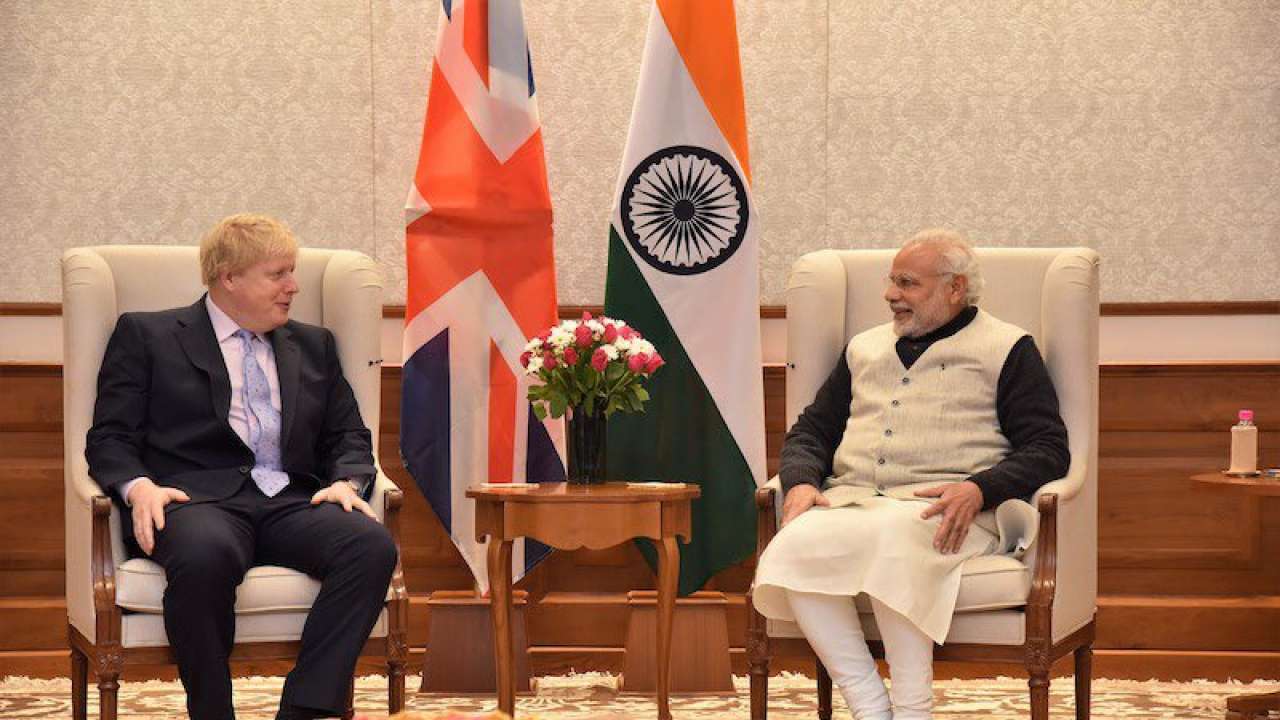 PM of London, Boris Jhonson with PM of India.

26th January is celebrated as Republic Day of India. Whereas for India’s republic day 2021, The Prime Minister of Great Britain, Boris Johnson, will be visiting India. He will be attending the celebration as a guest of honor at Rajpath; Including the Parade, Galley of State Diversity, and a Memorial for the lost heroes of our country.

Ironically, Whom we fought for your independence 70 years back is invited as our chief guest on a patriotic day. Indian government justifies this event as an attempt to improve UK-India relations.

Britishers ruled our country for many years in the name of trade; And now, they are back with another trade treaty. Britain is an EU member since 1973. However, Britain is revoking its membership from the European Union; Due to sovereignty threats; Including the odium of economic treaties, which is a barrier to Britain’s financial well-being.

This process of revocation is called Brexit. Whereas the Brexit referendum was passed in 2016; The country had to serve a transition period of almost one year. On 1st January 2021, Britain will no longer be a member of the European Union.

Due to Brexit, Britain has to give up all the preexisting international trade treaties. So, Britain is looking forward to new global trade treaties. In contrast, India and UK had shared trade relations for more than 200 years; The UK is striking some trade treaties that benefit both counties.

Boris wrote to India and some other countries to attend the G7 summit next year. G7 is a group of seven intergovernmental organizations. G7’S member counties are Canada, France, Germany, Italy, Japan, the United Kingdom, and the United States.

Boris stated in his interview, India is an essential player in the Indo-Pacific region. India is a crucial partner for the UK as our ideologies work to boost jobs and growth. Both countries are have shared security threats; So we can empathize with each other. Both the country’s economic policies are drafted to promote economic growth while supporting sustainable development goals.

Cabinet added to the PM’s statement: The trip to India would be the PM’s first significant bilateral visit; After he took his position as PM and the first trip after the UK’s revoked its membership from the EU. He underlines his commitment to step up the UK’s betrothment with the Indo-Pacific region.

Raab is the UK’s foreign minister. He stated in his interview that The UK is rooting for a healthy Indian-UK relation; He added to his statement by saying The UK is also glad to put the past behind in history; At the same time, both countries agreed to a 10-year, 360-degree roadmap. Countries would be signing the Trade treaty next year and a future free trade agreement.

Our beloved neighbor China was also trying to strike an international trade deal with EU member countries. However, Boris banned a Chinese company name Wahuawey from the 5g roll out.

However, the UK gestures signify the country is not interested in a trade treaty with China. Boris also blamed China for spreading the coronavirus across the globe and criticized China for its poor reflexes. Every year on 13th April, the Jallianwala Bagh massacre, Britain government issues an apology notice; Expressing their apology for such an inhuman act.

India has an old saying, “Atithi Devo Bhava,” which means Guests are equivalent to God. Now let’s hope for healthy trading with our Guests; Whereas The last UK premier to be the chief guest at the 26 January parade was John Major in 1993.